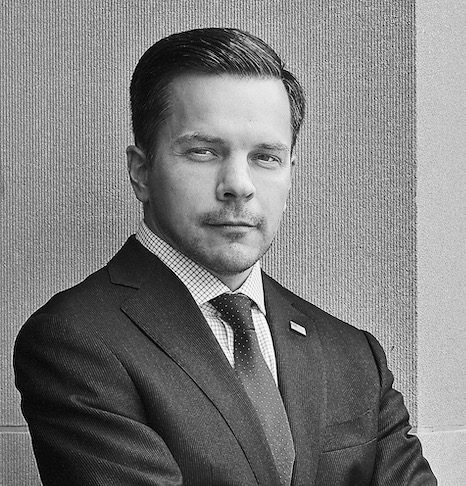 Stephen RodriguezManaging Partner at One Defense 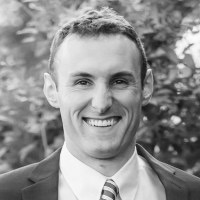 Stephen Rodriguez is a Managing Partner at One Defense, Senior Advisor at the Atlantic Council, and Senior Innovation Advisor at the Naval Postgraduate School.

The next major world conflict will sweep through bordering nations as in previous great power conflicts. As during the fall of Belgium and Luxembourg in World War I and all of Germany’s neighbors in World War II, states bordering China and Russia will succumb quickly against overwhelming force.

Once overrun, victors will occupy these states until other great powers come to their aid.  Perhaps that occupation will last only for several years, perhaps longer. Taiwan will fare no better in the next large-scale conflict than in 1895. Ukrainians have fought an insurgency for the last six years with no end in sight short of a great power conflict.

U.S. Security Force Assistance must tailor its aid to these fights—the delay and the insurgency.  In a high-intensity war U.S. partners will need to trade space for time initially, and the equipment and training the United States provides should reflect this reality.  After this fight, allied forces will need to disrupt their occupiers’ operations.  U.S. assistance should match this need to fight an insurgency.

Current U.S. Security Force Assistance efforts to assist critically located allies do not match delay and insurgency mission requirements. The Department of Defense’s 20,000-strong Defense Security Cooperation Agency (DSCA) leads Security Force Assistance efforts to “build capacity of foreign security force to respond to shared challenges.” The U.S. Army extends its global power projection capability through this process by selling interoperable weapons and equipment along with the maintenance and support that they require.

Yet, these sales do not align with the mission sets allied partners will face during a great power conflict.  Neither do they match the shallow depth of partners’ pocketbooks.  How will 4 Blackhawks, 230 Humvees, 84 strykers and 500 JLTVs hold against a Russian attack?  How will 108 Abrams tanks and 66 F-16s help Taiwan delay a Chinese invasion?  With long-range precision fires, a great power adversary will quickly destroy the small number of technologically advanced allied armored vehicles and air assets.

Meanwhile, the U.S. Army developed SFABs to enhance readiness and capabilities of Brigade Combat Teams while maintaining and improving security in allied and partner nations. SFABs focus on the train, advise, and assist role and field specially trained units of non-commissioned and commissioned officer volunteers.  By relieving Brigade Combat Teams of these missions, the U.S. Army enables these units to prepare for the next great power conflict.  Through the regionalization of SFABs, the Army intends to enable lasting partnerships with allies.

Despite intentions to apply this strategy to allies on the front of the next great power conflict, SFABs will likely befall a fate similar to Special Forces and struggle to maintain their regional focus throughout the unending War on Terror. The first three SFABs to deploy all supported the Resolution Support Mission in Afghanistan and will likely continue to support missions in the Middle East.

While the U.S. has announced its intent to withdraw from Afghanistan, SFABs will likely need to continue to deploy to the Middle East. As long as central governments remain weak, military challenges will remain unsolvable. Without American domestic support for holistic nation-building, the desired end-state of the SFAB mission in new democracies —a capable military subordinate to civilian authority—is an oxymoron. If SFABs accomplish their mission, by necessity, the weak government of the nation-state will not be able to control the strong military. This outcome risks exacerbating political instability in a partner country.

If half of SFAB deployments support the Middle East, the Army cannot enable the consistency and regionalization required to develop partnerships in nations on the front lines of the next large-scale conflict. With rotating deployments, SFABs cannot regionally specialize, and without consistency their presence will fail to synergize with other forms of U.S. aid and relationship-building.

Other military units foster partnerships with U.S. allies on the front lines, but these units can meet only certain train, advise, and assist requirements of the next great power conflict. Special Operations Forces maintain a consistent presence in many of these partner nations and provide similar assistance to the native commandos.  With continued optempo in Afghanistan and budget cuts, Special Operations Forces will struggle to fund these relationships.  Even if they prioritize these missions, the training provided primarily enables foreign special operators, not the majority of troops.  The Army National Guard’s State Partnership Program cannot hope to fill the remaining gaps in assistance.

To shift the strategic balance against its great power competitors, the US must match its assistance to the missions faced by allies. Despite the misalignment of recent efforts, the DSCA’s sales offer a unique opportunity to augment allied military defense strategies.  Certain conventional capabilities will slow adversary momentum in World War III, but only if U.S. sales to regional allies optimize to the delay mission.  The United States needs to match its Security Force Assistance to that mission. For example, the price of one F-16 ($120M) would buy 80,000 AT4 recoilless rifles ($1500), a powerful weapon in the fight over future megacities the US Army plans to fight in.  The US has appeared to take steps in the right direction with recent sales of Javelin missiles to Ukraine, Georgia, Estonia, and Poland, but these partners buy Javelins because of their value in a conventional fight rather than their value during an insurgency.

The upcoming deployments to the Pacific, Africa, and Latin America mark a step in the right direction. For future success, train, advise, and assist missions must require regionalization and consistency, and the U.S. Army intends to model SFABs on Special Forces Groups’ regionalization. To do so, the U.S. needs to create an agile feedback loop between the DSCA and units on the ground like SFABs and Special Operations Forces to prepare for a modern large-scale conflict.  Creating a realistic delaying strategy and modernized insurgency tactics will require flexibility to experiment.  Once they receive the interoperable hardware and learn the procedures required to work with coalition forces, their mission is to stretch those capabilities as far as possible.  Similarly, insurgent innovation cells will need to make the most of open-source and off-the-shelf technologies which avoid lengthy government contracts.  SFABs will work with those on the ground to constantly diagnose the needs of partners, create interoperable solutions on a budget, ensure the DSCA’s follow-through on providing avenues to those solutions, and then train, advise, and assist partners in the implementation of those solutions.  The DSCA must provide clearer budgetary boundaries, more flexibility in the spending of those budgets, and overhead cover to SFABs and regional militaries to discover innovative and scalable solutions.

This type of partnership will require that Security Force Assistance take a wider approach in its partnerships – incorporating the private sectors of both the United States and the regional allies.  Yes, the United States already has partnerships with many defense companies, and many democratized solutions are open source. Many more, however, belong to small and mid-sized businesses—in both the US and partner nations. Army Futures Command, the Defense Innovation Unit, SOFWERX, and others already have created ecosystems to solve the problems regional partners face, and would jump at the opportunity to integrate into a feedback loop on the front lines of the next great power conflict.

The U.S. must also be agile enough to grapple with the adversary it faces, rather than the one it trained against. Iraq taught us this in spades. In order to fully align the US Army’s Multi-Domain operating concept and doctrine with the National Defense Strategy, the SFABs must be employed with a strategic vision for the Geographic Combatant Command they support. This will preclude SFABs becoming “band-aid” solutions for missions the U.S. Army doesn’t want to deploy a Brigade Combat Team for and vice versa. It will also enhance our regional allies in ways that take advantage of their comparative advantages.

Advancement in the Army comes from command time and adaptability to each 3-year rotation, not advising and specialization. The SFAB mission requires an investment into regional expertise which takes individual specialization that can derail an aspirational officer’s career. Unless Security Force Assistance Command can avoid the pitfalls of the AfPak Hands program which hurt the careers of its participants, it will fail to recruit and retain the specialists required for mission success.

In addition to individual commitment, the success of an expanded Security Force Assistance Command will require strategic commitment to U.S. allies.  SFABs will struggle to gain the long-term support they need to develop relationships with partner nations, the DSCA, and existing Security Force Assistance efforts. If SFABs do not have the staying power to follow through on their commitments, both local and U.S. allied groups will not follow their lead.  The State Department, Special Operations Forces, and even Army National Guard partners were on the ground before SFABs existed as a concept and will likely be there long after SFABs leave.  Without a demonstrable commitment for an extended period of time, SFABs will have little impact on the direction of security development. U.S. national security will be the casualty.

The authors are grateful to Dr. Susan Bryant and LTC Christopher De Ruyter for their editorial advice during the production of this article.

The Author is Stephen Rodriguez

Stephen Rodriguez is a Managing Partner at One Defense, Senior Advisor at the Atlantic Council, and Senior Innovation Advisor at the Naval Postgraduate School

The Coauthor is Zachary Shaw