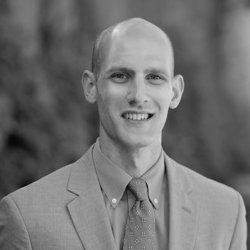 The conditions under which a U.S. president might use nuclear weapons has in recent weeks become a topic of national conversation.

Toward the end of the first presidential debate on September 27, moderator Lester Holt asked Republican nominee Donald Trump if he supported the adoption of declared policy that the United States will not be the first to use nuclear weapons in a conflict, a policy proposal reportedly under consideration by President Barack Obama.

Trump’s response, as has been the case with most policy issues, was self-contradictory. “I would certainly not do first strike,” he said. “At the same time, we have to be prepared. I can’t take anything off the table.”

It’s easy to dismiss this as more unintelligible gobbledygook from arguably the most uninformed candidate to ever run for office. But oddly enough, Trump’s answer more or less captures the essence of current U.S. policy.

Keeping this option on the table is dangerous and unnecessary, and not just because Donald Trump could soon have his hands on the nuclear codes.

For starters, the first use of nuclear weapons in a conflict involving a  nuclear-armed Russia or China would pose the risk of catastrophic nuclear escalation. The threat of first use in the face of such consequences might have seemed believable during the Cold War, but it’s nearly impossible to imagine a contemporary non-nuclear threat to the United States or a U.S. ally that would prompt Washington to run such a risk.

Fortunately, the United States doesn’t need to rely on the threat of first use. U.S. and allied conventional forces are more than capable of countering an attack with conventional, chemical, or biological weapons by an adversary – and this will remain the case as long as these advantages are sustained.

For these reasons and more, the United States already has a de facto no-first-use policy. But it is not accruing the benefits that an official policy of no first use would provide.

For example, a clear U.S. no-first-use policy would reduce the risk of Russian or Chinese nuclear miscalculation during a crisis by alleviating concerns about a devastating U.S. nuclear first-strike. Such risks could grow in the future, as Washington develops offensive cyber capabilities that can confuse nuclear command and control systems, and augments conventional strike and ballistic missile defense capabilities, which Russia and China believe may degrade their nuclear retaliatory potential.

Moreover, a shift to no first use would help the United States put a spotlight on states, particularly Russia and Pakistan, that threaten to use nuclear weapons in response to major conventional military attacks.

Proponents of keeping the first use option on the table claim that changing the current policy would undermine deterrence of non-nuclear attacks, scare allies, and lacks credibility.

But these arguments aren’t convincing.

In order for a no-first-use declaration to undermine deterrence of a large-scale non-nuclear threat, U.S. adversaries would have to believe that the United States and its allies would be unwilling or incapable of responding with devastating non-nuclear force. Given the current balances of forces and the concerns Russia and China have publicly expressed about the conventional prowess of the U.S.-led alliance system, this is a hard argument to make.

In certain areas and in a few scenarios—such as a conflict with China over Taiwan, or a confrontation with Russia in the Baltic region—the United States and its allies could have difficulty promptly countering an attack with conventional weapons.

Yet retaining the option to use nuclear weapons first in defense of allies in such cases is not an effective or credible solution to this problem, in part because both Russia and China do not appear willing to forgo the ability to challenge and impose costs on the United States in a relatively limited conventional conflict in their respective near abroads.

Given U.S. alliance commitments and the unpalatability of nuclear first use, Washington and its allies have no choice but to ensure that an adversary would, at a minimum, face severe costs early in a conventional conflict and ultimately could not win a protracted war.

Still, some supporters of maintaining a policy of nuclear ambiguity say it has a proven record of deterring large-scale nuclear attacks, thereby obviating the need to win a major conventional war at great cost.

Not only does the available evidence not support this sweeping claim, but it ignores the many crises and close calls since the dawn of the nuclear age where deterrence nearly failed. The presence of nuclear weapons and dangerous nuclear weapons use doctrines in these instances increased tensions and the perils of unintended nuclear use.

While some U.S. allies, such as Japan and South Korea, might initially have concerns about the transition to a U.S. no first use policy, the claim that they might acquire their own nuclear weapons in response to such a situation is overblown.

Were a U.S. ally in Eastern Europe or East Asia to contemplate abandoning its commitment to nonproliferation, it would take far greater disruption to the alliance relationship than a change in U.S. declaratory policy.

Could U.S. adversaries be expected to take a U.S. no-first-use declaration seriously?

A no-first-use declaration would be highly credible in the current and foreseeable strategic environment, and over time, it could be made more credible by adjusting U.S. operational practices to clearly reflect the new nuclear declaratory policy, such as reducing the stringent readiness requirements of U.S. nuclear forces.

The continued U.S. maintenance of a nuclear use option, which it is almost certain never to execute, is self-defeating and counterproductive. In today’s global security environment, the threat of nuclear first use is unwarranted and imprudent.

The Author is Kingston Reif

Kingston Reif is the Director for Disarmament and Threat Reduction Policy at the Arms Control Association, where his work focuses on nuclear disarmament, preventing nuclear terrorism, missile defense, and the defense budget. Reif is an expert on the legislative process and closely monitors Congressional action on these issues. Prior to joining the Arms Control Association, Reif was the Director of Nuclear-Nonproliferation at the Center for Arms Control and Nonproliferation and Council for... Read More