Cipher Brief Expert Tim Willasey-Wilsey served for over 27 years in the British Foreign and Commonwealth Office. He is now Visiting Professor of War Studies at King’s College, London.

OPINION — For the Biden administration, an apparently reasonable decision to follow Donald Trump’s wish to end the ‘forever wars’ risks turning into a political disaster. It is now too late to reverse the decision even if that were politically acceptable in the US.  The Afghan government may be beyond saving. All Biden’s team can do is to mitigate where possible, the worst aspects of the coming Taliban victory.

According to a recent Wall Street Journal report, the US intelligence community has assessed that the Afghan government could fall within six months of the withdrawal of NATO forces. However, it is hard to see the Kabul government lasting that long and several countries are drawing similar conclusions.

There is a Taliban campaign to give the impression that victory is certain and imminent. However, there are also signs that this propaganda line is not far from the truth. This, despite the positive interpretation in the Afghan media of President Ashraf Ghani’s meetings at the White House in recent days.  It is also possible that there will be senior changes in the Afghan government.

One key indicator is that Afghan security forces have begun to surrender to the Taliban. The procedure is quick and simple. Tribal elders are used to deliver a stark message to Afghan troops often holding positions in district centres. The message is often; “The non-believers are leaving Afghanistan. They are defeated. Your leaders are corrupt. You can surrender now, and we will protect you; or you can fight, and we will kill you.”

Recently, the Taliban appear to have honoured their promise not to punish Afghan soldiers who surrender. News of this new-found leniency is likely to encourage other units to follow suit and lay down their arms.

In several provinces, including in the north, the Taliban are tightening their grip on those cities which are still held by the government. The Taliban will soon be in a position to cut off food supplies and demand their surrender, possibly offering a similarly lenient dispensation to the population. Now that the Taliban possesses captured armoured vehicles and artillery, their ability to exert pressure on the cities is enhanced.

In Kabul, a sense of panic has begun to grip the capital. There are desperate attempts to sell family homes but there are no buyers even when houses are on the market at one tenth of their previous value. Some families have departed to Tajikistan, conscious that several of the land border crossing-points with the Central Asian Republics have been captured by Taliban forces in recent weeks.

The Indian government is one of many to have read the tea leaves and decided to open up channels of communication with the Taliban. Foreign Minister Jaishankar visited Doha recently and I understand that the Indians both invited a Taliban delegation to visit India and offered to continue Indian development assistance to Afghanistan in the future. It is significant that Jaishankar made this visit openly to Qatar as opposed to sending Ajit Doval, the National Security Advisor, on a covert basis. This suggests that the Indian government now sees the Taliban as the future government of Afghanistan. India’s main requirement will be to ensure that the Taliban will prevent anti-India terrorist groups from establishing bases there.

In truth, this is the only option left for the international community. Faced with a potentially disastrous battle for Kabul and the real possibility of foreign diplomats and aid workers being trapped and even killed there has prompted an urgent need to discuss an orderly transfer of power. In the absence of any firm undertakings from the Taliban, most countries would be obliged to withdraw their diplomatic missions, an act which would itself provoke the collapse of the Kabul government. The removal of foreign diplomats might also lead to a more violent and vindictive fight for Kabul.

One alarming possibility is that the Kabul government could collapse while US troops are still in country. This may have been behind the idea of bringing forward the date of departure from 11th September to 4th July. NATO leaders seem to have prevailed on Biden to revert to 11th September to allow a better sequenced withdrawal and to enable the resettlement of those Afghans who had served NATO countries as translators and advisors. However, from today’s vantage point, 11th September seems disturbingly remote.

A key factor is to ensure that Kabul airport is kept in safe hands. The Turks have been asked to take responsibility for airport security but they are clearly havering. Although the Turks are close to the Pakistanis and were notably only attacked once during their period running a Provincial Reconstruction Team (PRT) in Wardak province, they are not universally popular with the Taliban, who blame Ankara for its support of the Uzbek warlord Rashid Dostum. A failure to protect the airport would carry considerable reputational risk for President Erdogan.

Finally, Biden must ponder the wisdom of leaving an embassy in Kabul. Memories of the events in 2012 in Benghazi and the death of Christopher Stevens will doubtless be in the forefront of his mind. However, to keep an embassy in Kabul requires a lot of security and a safe route out of the city if the situation deteriorates suddenly. Talks will doubtless continue with the Pakistanis, the Turks and the Taliban but time is fast running out.

All these factors suggest that the only way forward is for world powers, including the US, China, India and Russia, to try and ensure a peaceful and reasonable transition of power to the Taliban. This is a humiliating outcome to 20 years of support to Afghanistan and it places an alarming amount of faith in the concept that the Taliban can somehow redeem themselves and govern effectively, a country in which they are widely feared and hated. No Democratic president could be comfortable having to facilitate the transfer of power to a group known for its human rights abuses and for its parlous treatment of women.

Have an experienced opinion to share with our community of national security experts?  Drop us an email at [email protected] 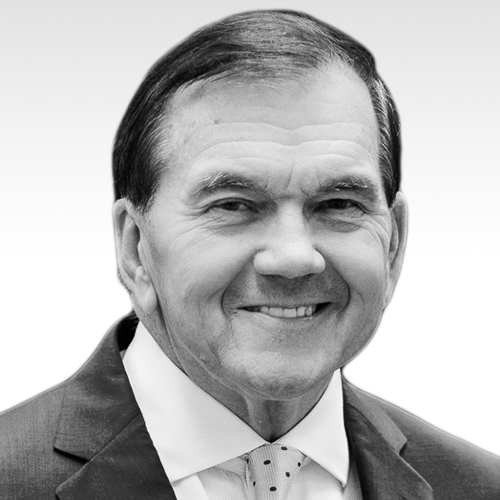