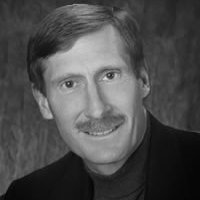 Should government officials be licensed or pass a test before they can receive intelligence?

The debate about whether to believe intelligence reporting on Russian hacking of the Democratic National Committee (DNC) highlights a chronic problem.  Steps were taken to improve collection, analysis, and reporting in response to the wildly wrong assessments about Saddam’s WMD in Iraq a decade ago.  This included better training of analysts.

But there is no training for politicians, bureaucrats, and other recipients of intelligence reports.  Most consumers, and especially new political leaders, have no idea how intelligence is gathered or how intelligence analysis is created.  The types of reports, confidence levels, systemic weaknesses, prejudices, and processes are often only gradually learned ad hoc by political leaders over time.  In order for a consumer to make a valid judgment about the quality of a report provided, he/she must have some understanding of how these things come to be.

As someone who has been involved in such matters for decades, here are a few observations that illustrate pitfalls for untrained recipients of intelligence:

For intelligence analysts, when making an assessment, the downside of over-estimating a threat is often less than under-estimating it.

There are a host of biases inherent in the system, and there are a myriad of peculiarities of how intelligence is gathered, sorted, and reported.  Readers of these products can only know how to judge intelligence judgments if they have some understanding of how they’re created.

One useful thing the much-maligned office of the Director of National Intelligence could do is create a short course on intelligence products and processes for consumers and mandate that only those who have taken the course should receive material.

The government spends a lot of time and money checking the backgrounds of people to be “cleared” to receive intelligence.  That makes sense to protect sensitive information.  Doesn’t it make sense to expend some additional effort to make sure the recipients understand the intelligence they are getting?

You need to pass a knowledge test to drive a car or carry a concealed weapon.  Untrained use of intelligence can be very dangerous too.

The Author is Charles Duelfer

Charles Duelfer is the Chairman of Omnis, Inc, a consulting firm in McLean, Virginia.   He was the Special Advisor to the Director of Central Intelligence for Iraq WMD.   He led the Iraq Survey Group investigation into Iraq, which conducted the investigation of Iraq's WMD programs. Previously, Duelfer was the Deputy Executive Chairman of the UN Special Commission on Iraq (UNSCOM).  He also served in the Political-Military Bureau of the State Department.   Duelfer is the author of... Read More