Cipher Brief Expert Ambassador Joseph DeTrani is former Special envoy for Six Party Talks with North Korea and the former U.S. Representative to the Korea Energy Development Organization (KEDO), as well as former CIA director of East Asia Operations. He later served as the Associate Director of National Intelligence and Mission Manager for North Korea and the Director of the National Counter Proliferation Center, while also serving as a Special Adviser to the Director of National Intelligence.

OPINION – The February 2021 military coup in Myanmar (Burma) is the latest in a series of coups in Myanmar that have killed thousands of innocent people. In 1962, Gen. Ne Win seized power with a bloody military coup, and in August 1988, student protests resulted in the killing of thousands of unarmed civilians by a brutal military junta that summarily imposed martial law and instituted draconian measures to control the public. And as we are now witnessing, the February 2021 coup that deposed and imprisoned representatives of a democratically elected ruling party, the National League for Democracy (NLD), has resulted in the killing of hundreds of innocent citizens who expressed outrage with the coup and its imprisonment of Aung San Suu Kyi.

NLD President Win Myint and State Counsellor Aung San Suu Kyi were detained along with their ministers and members of Parliament.  Aung San Suu Kyi was immediately arrested after the coup was launched and was charged with causing “fear and alarm,” with a potential sentence of three years in prison. This blatant act to seize power by Gen. Min Aung Hliang, after a fair election in November 2020 that overwhelmingly reelected Aung San Suu Kyi and the NLD, was another in series of military coups by a powerful military (also known as Tatmadaw), the second largest in Southeast Asia.

Myanmar is a member of the United Nations and the Association of Southeast Asian Nations (ASEAN), which seeks to promote intergovernmental cooperation on economic, political and security issues among its 10 member states. The U.N. Security Council issued a presidential statement condemning the coup and the ongoing violence. Secretary-General Antonio Guterres also strongly condemned the escalating violence and Myanmar’s brave ambassador to the U.N., Kyaw Moe Tun, denounced the coup and called on the international community to take the “strongest possible measures” against the military junta to restore civilian rule.  ASEAN called for the release of Aung San Suu Kyi and a return to democracy. A final statement, however, from ASEAN urged “all parties” to refrain from instigating violence and to seek a peaceful solution.

The United States has been very proactive in condemning the coup and the violence perpetrated against peaceful protesters, demanding the release of Aung San Suu Kyi and a return to a democratically elected government. Sanctions have been imposed on Gen. Min Aung Hliang as well as on three organizations he has an affiliation with and his two elder children.

Temporary deportation relief for Burmese in the U.S. and work permits to Burmese citizens in the U.S. are a few of the actions taken by the Biden administration, which is demanding that “the military must relinquish power it seized and demonstrate respect for the will of the people of Burma as expressed in their November 8 election.”

What should be inspiring for all people, is seeing the magnitude of the demonstrations throughout Myanmar, with more young women and men heroically participating than ever before. These are true heroes, fighting hard for their democracy.  And the words of Myanmar’s U.N. ambassador, Kyaw Moe Tun, who defiantly denounced the coup, should be the clarion call to all nations, especially those in ASEAN, to be more outspokenly critical of the military junta in Myanmar and be creative in using its tools to get the junta to return Myanmar to the democracy it worked so hard to establish. That would be a commentary on the strength of ASEAN and its commitment to a rules-based system that respects the will of the people.

One would also hope that the U.N. could do more than issue a “presidential statement,” which sounds nice, but apparently has no impact on the ruling junta in Myanmar.

The meeting between U.S. Secretary of State Tony Blinken and National Security Adviser Jake Sullivan, with their Chinese counterparts, Politburo member Yang jiechi and Foreign Minister Wand Yi, hopefully included a helpful discussion on the military coup in Myanmar and the need for China, a country with historically close ties to Myanmar and its military, to be more proactive in convincing Gen. Min Aung Hliang to immediately release Aung San Suu Kyi and restore democracy to the country.

Indeed, it was Foreign Minister Wang Yi and his comments to the press during the recent meeting of the National People’s Congress who encouraged the United States to work with China on issues important to both countries.

This could be a good first test to determine if these two great powers can cooperate on an issue important to the people of Myanmar and to the international community. A community disgusted with military dictators imposing their might on innocent people exercising their right to elect their own leaders.

The world is watching what happens in Myanmar. Will the rule of law prevail or will the coup in Myanmar be a message to other despots that power comes from the gun, not the ballot box?

This column by Cipher Brief Expert Ambassador Joseph DeTrani was first published in The Washington Times. 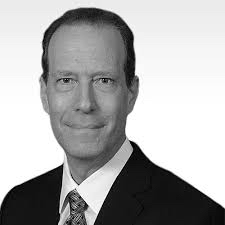