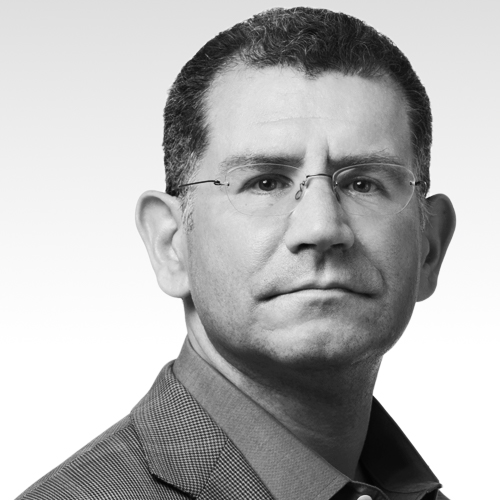 Kenneth M. Pollack is a Resident Scholar of the American Enterprise Institute.

It’s not surprising that a great many people would like to push back on Iran, including the Trump Administration.  Over the past decade, Iran has made tremendous gains across the Middle East by taking advantage of America’s disengagement and the instability of the Arab state system.  As a result, Iran today dominates the northern tier of the Arab world and plays a damaging role in Yemen, Bahrain, Afghanistan, and the Persian Gulf.

The hard part is figuring how to do so, especially given that the American people are unlikely to want to pony up massive resources for such an effort and the United States is vulnerable to an Iranian counterattack in a variety of places.

The Trump Administration has fully embraced the idea of pushing back on Iran, but it has focused almost exclusively on economic sanctions as the means of pushing back, and primarily on Iran’s nuclear program as the goal.  The problem with this approach is that Iran’s nuclear program is largely an enabler of the primary threat, which is Iran’s aggressive expansion into and destabilization of the Middle East.  The United States could remove the Iranian nuclear program from the Middle Eastern chessboard altogether and it would not eliminate the threat of Iran’s regional behavior or even slow it down, as we have seen since the passage of the JCPOA, which did effectively, that.  Sanctions on Iran could do tremendous damage to the already fragile Iranian economy, but even if those sanctions are largely respected by the rest of the international community, it is just not clear that Tehran’s hardliners will give in, or be overthrown.  Finally, pursuing a strategy in a way that the rest of the world finds odious, makes it far harder to get international support for halting or reversing Iran’s steady march across the Middle East.

In a new video and a set of six accompanying essays, I have tried to lay out an alternative approach to pushing back on Iran.  My approach would de-emphasize the nuclear deal, in fact, I would like to see the U.S. rejoin the JCPOA and work toward a follow-on agreement.  Instead, I focus on directly confronting Iran’s regional challenges.  In particular, I think the United States has the opportunity to overstrain Iran economically and militarily by resuming (and increasing) our support to the Syrian opposition.  Similarly, even after Iraq’s problematic elections, I think the United States could help strengthen Iraqi nationalists seeking an independent Iran that would reduce or eventually, even eliminate Iran’s influence there.  I think the military offensive against the Houthi-held port of Hudaydah in Yemen is necessary to create the political leverage to get a deal to end the civil war and remove the Iranian presence there.

That said, I remain conscious of the limitations on American power and the ability of Iran to retaliate in various ways and places.  Consequently, my proposed approach would shy away from confronting Iran in areas where it is stronger than we are, Lebanon first among them.  I advocate remaining in (or rejoining) the JCPOA because doing so would bolster our alliances with European and East Asian states whose help would be useful, if not necessary, in dealing with Iran’s inevitable responses.  Finally, I think it useful for the United States and its allies to begin to develop the capability to pursue regime change in Tehran by covert and cyber means.  However, I would hold it in check as a deterrent against an overreaction by Iran.  I would not try it out in the short-term or make regime change an immediate goal of the policy.  But as long as Tehran knows that the United States has been building a capacity to destabilize or even overturn the Islamic regime, it will likely moderate its own responses.

The Author is Kenneth Pollack

Kenneth M. Pollack is a resident scholar at the American Enterprise Institute (AEI), where he works on Middle Eastern political-military affairs, focusing in particular on Iran, Iraq, Saudi Arabia, and the Gulf countries.

One Reply to “Pushing Back on Iran: A Different Approach”