OPINION — The United Nation’s World Health Organization (WHO) declared the Coronavirus a global public-health emergency at the end of January 2020, one month after the virus was first detected in Wuhan, the capital of China’s Hubei Province.  The U.S., with the Centers for Disease Control and Prevention (CDC) in the lead, suspended entry into the U.S. of foreign nationals who were at risk of carrying the virus and evacuated U.S. nationals from Hubei Province while issuing a “do not travel to China” advisory.  China criticized the U.S. for taking these actions, claiming it was contributing to public hysteria, while not offering any substantial assistance to combat the virus.

Currently, more than 60,000 people in China are reportedly infected with the virus, with over 1,350 reported deaths.  And the numbers in China, and in other countries, are rising.  A World Health Organization (WHO) team is visiting China to discuss the virus. Fortunately, data is now being made available to the CDC, which is anxious to send experts to China to assist with efforts to address this global emergency.

What China and the world are witnessing with the coronavirus appears similar to the SARS (Severe Acute Respiratory Syndrome) epidemic that affected China in 2003, although the current virus has killed and infected more people than SARS.  One of the principal lessons learned from SARS was the importance of a rapid response, to detect and isolate patients, and to limit transmission and reduce opportunities for transmission within healthcare facilities.  Early detection and open communication facilitated the immediate response measures necessary to control the SARS epidemic.

The question for China’s leadership now is: Did authorities in Wuhan report the virus in a timely and accurate manner?  If they did, then why didn’t the leadership in Beijing respond more quickly and thoroughly, given the lessons learned from SARS?  But if the authorities in Wuhan didn’t report this virus in a timely fashion, for fear of retribution, then China has a systemic governing problem that requires immediate attention.

The recent removal of the Party Secretary in Hubei, Jian Chaoliang, and the Party boss in Wuhan, Mei Guoqiang, could indicate that the local authorities didn’t inform the leadership in Beijing of the virus in a timely manner, thus preventing a timely response.  However, if their removal was an effort to absolve the leadership of any blame, then this issue could develop into a problem for President Xi Jinping and his principal deputies as the truth will eventually become known and the Chinese people will want answers.

As the world saw with SARS in 2003, and the Ebola Virus in 2014, and now with the coronavirus, epidemics can quickly develop into pandemics that affect all nations.  Indeed, the role of the WHO is to direct and coordinate work related to international health issues.  Responding to health emergencies, like the current virus, is a core responsibility.  The WHO advance team that recently traveled to China, after waiting two weeks for approval for their visit, is now positioned to cooperate with China to address the spread of the virus.

The U.S. continues to be the preeminent nation that has the resources and expertise necessary to deal with health issues that could develop into pandemics.  Thus, it would be tragic if China did not welcome substantive U.S. support to address the coronavirus, which could still quickly develop into a pandemic.

Ideally, China and the U.S. would seize this unfortunate development and enter into a dialogue on the value of working together to address this and other health emergencies that could develop into pandemics in the future.  This joint U.S.- China effort would complement the work of the WHO, with more of a focus on unknown pathogens that could affect the global community.  This also would be an opportunity for the U.S. and China to work to restore the trust and partnership of the 1980s and 1990s when the U.S. and China cooperated successfully on a number of strategically important issues.

This piece was first published in the Washington Times and the views are those of the author and do not represent any government agency or department.

Read more from Ambassador Joseph DeTrani in The Cipher Brief

Join Cipher Brief experts like Ambassador DeTrani March 22-24 in Sea Island, GA for the fourth annual Cipher Brief Threat Conference.  This is an invitation-only event for public and private security experts.  Our 2020 focus is Future Threats and how the public and private sectors are working together to address them.  Seating is extremely limited.  Request your seat today. 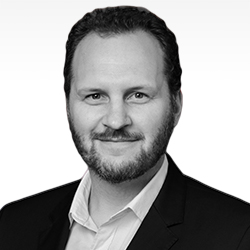