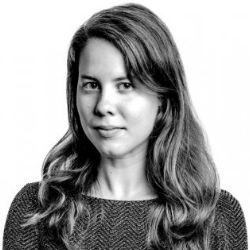 There has been a downward trend in large-scale warfare on the African continent since the number of wars peaked in the mid 1990s. However, new forms of violence are now replacing mass warfare in many of America’s key African allies.

“In a lot of African countries [you find] situations that are somewhere in between our traditional notions of warfare, where armed groups fight one another to achieve a thing called victory, and peace, something that we assume is the absence of organized violence,” Paul Williams told The Cipher Brief.

Williams is a professor at the George Washington University and author of War & Conflict in Africa – the second edition came out this year. In a conversation with The Cipher Brief, Williams said he embarked on this book project in order to uncover trends in security dynamics. We learn more by studying insecure areas than by studying powerful actors and secure countries, he explained. Africa, with its fair share of insecurity, was an obvious choice.

Williams looked at Africa’s conflicts from the early 1990s to present-day and discovered three main trends that are applicable to broader trends in today’s warfare.

The first is the increased importance of non-state actors in violent conflicts, actors who are not necessarily fighting for and about nations and national political issues. In Africa, Williams notes that most of the non-state conflicts take place in just six countries: Nigeria, Ethiopia, Sudan, South Sudan, Somalia, and Democratic Republic of Congo.

A second trend is the growing impact of environmental factors in exacerbating conflicts. These are issues that arise from access to land or water disputes, for example. They often take the form of pastoral conflicts – like the fight between the Fulani herdsmen and farmers in Nigeria.

Finally, there is the deepening of religious dynamics in armed conflicts. Williams points out that a number of Africa’s violent conflicts give much more prominence to religious ideas now than they did before 2010. This is being played out with extremist groups Boko Haram in Nigeria, al-Shabaab in Somalia, and al-Qaeda in the Islamic Maghreb (AQIM) across northern Africa, among others.

The dilemma for the United States is two-fold. Instability is never good for a country’s national security, political, and economic agendas. Nigeria, as an example, is one of America’s strongest allies in Africa and also a country that is experiencing some of the worst of non-state violence, environmental disputes, and religiously-driven armed conflict – trends that, according to Williams, are likely to continue for some time.

In addition, “One of the real dilemmas the United States has faced is that some of its key short-term security partners – Nigeria, Ethiopia, Uganda, Rwanda, and others – have unfortunately been states that have been having real trouble with authoritarian forms of governance,” says Williams.

That puts the U.S. in a tricky situation: The U.S. must work with its African partners to address shared threats – particularly those involving terrorism – but if authoritarian regimes are not reformed, this can cause more headaches in the future. Williams explains that the U.S. actually has very limited leverage over the continent’s authoritarian regimes that do not want to engage in liberal reform.

So far, neither the U.S. nor any other external actor has been able to devise a good way to change the continent’s strongman, neopatrimonial regimes.

This gets to the heart of one of Williams’s main findings. “Governance issues really hold the key to understanding why wars start [and] how we end wars,” he says, and this means there is no escape from the long and difficult process of reformation of the authoritarian state. Demilitarizing governance structures across Africa is going to be crucial to future peace.

The African Peace and Security Architecture (APSA), despite its problems with addressing the governance issue, provides some hope, as does U.S. involvement. The U.S. contributes to APSA and various security assistance programs, like the Global Peace Operations Initiative (GPOI) and African Contingency Operations Training and Assistance (ACOTA), and is a major player in training African militaries and police forces.

But in the end, “warfare is ultimately a choice,” says Williams, and therefore, we must examine the key agents driving warfare. Political elites and the corrupt neopatrimonial systems of many African countries fuel warfare by failing to prevent, and at times aiding, the spread of violent extremism and other conflicts, like those arising from environmental degradation. Until these governance structures are reformed, Africa will likely experience intensified armed conflict.

The Author is Kaitlin Lavinder

Kaitlin Lavinder is a national security reporter at The Cipher Brief. Previously, she worked as a TV news producer at NewsChannel 8 in Washington, D.C., where she was responsible for the morning broadcasts and POLITICO international affairs segments. She also spent time at the U.S. Embassy in Berlin working in the Press Section. Kaitlin received her M.A. in International Economics and European Studies from the Johns Hopkins School of Advanced International Studies (SAIS) and her BA in... Read More