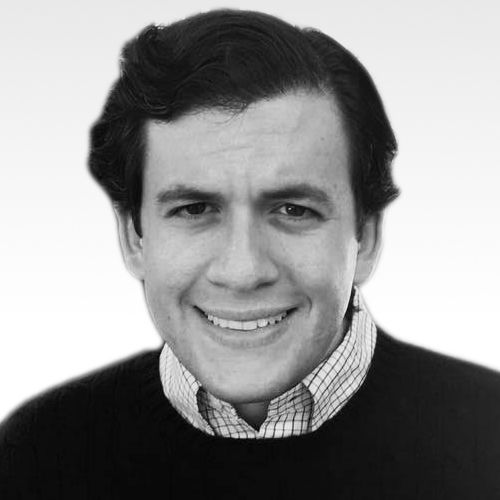 When news broke that Iran’s Supreme Leader Ayatollah Ali Khamenei was scheduled to deliver the Friday Prayer sermon on January 17 for the first time since 2012, Iranian media went into overdrive to promote the event.  One reporter with the state media conglomerate Islamic Republic of Iran Broadcasting (IRIB) previewed his appearance, suggesting it would be a “history-maker.”

But Ayatollah Khamenei didn’t break any news.  In fact, his remarks fit into a predictable pattern: they were conspiratorial, contemptuous, calculating, and hedging—all designed to threaten enemies at home and abroad, while protecting the office of the supreme leadership at all costs.  In other words, Khamenei simultaneously employs a rhetorical sledgehammer while wielding a rhetorical scalpel.

His messaging also defines much of the political debate that ensues within the Nezam—or Iran’s political system.  Because the supreme leader usually includes red meat for different constituencies, the various power centers of the Islamic Republic—for example, Iran’s presidential administration, the Islamic Revolutionary Guard Corps (IRGC), and the clergy—cherry pick from his lengthy diatribes in an attempt to promote their respective brands and interests.

According to a recent estimate by journalist Morad Veisi, Khamenei has given 1,719 speeches over the past 31 years—an average of 55 per year.  While the supreme leader does speak publicly during large gatherings, much of his commentary comes during smaller meetings with officials and visitors in his office, which are then splashed across Iranian media.

His image is carefully managed by members of his inner circle.  It also helps that the head of IRIB is directly appointed by Khamenei, which enables control over the contours of Iran’s official political debate on the supreme leader’s terms.  For example, former head of IRIB Mohammad Sarafraz alleged that the supreme leader’s son, Mojtaba, played a role in the events leading up to his resignation in 2016.

This micro-managing of messaging is also evident in the formulaic approach to the supreme leader’s rhetoric—which always provides Khamenei maximum flexibility as the ultimate political puppeteer among Iran’s warring factions.  After Iran inked the Joint Comprehensive Plan of Action (JCPOA) with the P5+1 in 2015, his playbook was on full display.  As diplomats raced to finalize the deal that April, the supreme leader warned “I have told the officials to not trust the opposing side, to not be fooled by their smiles, to not trust their promises because when they have achieved their objectives they will laugh at you.”  Later on, in his first public comments after the agreement was concluded, the supreme leader made it clear that the Islamic Republic would “not abandon our regional friends” and its “policy towards the arrogant government of America will not change in any way despite these negotiations and the document that has been prepared.”  However, in the same breath the Ayatollah publicly thanked President Hassan Rouhani, Foreign Minister Javad Zarif, and the nuclear negotiating team, and said “they will be divinely rewarded.”  He also emphasized “[w]e have no bilateral negotiations with America.  Sometimes, we have negotiated with them in exceptional cases such as the nuclear issue and we have done so because of our interests.”

Thus, Khamenei walked a balance—his remarks were full of his usual fire, fury, and fight towards Washington and its allies while also giving a lifeline to parts of the Nezam which advocate for dialogue with the world to preserve the Islamic Revolution—specifically the Rouhani administration.  At the same time, the supreme leader maintained a political insurance policy for himself and his office.  In case the agreement collapsed, he was on record as saying he doesn’t trust the United States.  And in the process, all factions could find something to latch onto in the years ahead.

Fast forward to 2020, the supreme leader used a similar approach during his Friday Prayer sermon this month.  Addressing the United States, he said “[i]f you are standing by the Iranian people, it is only to stab them in the heart with your venomous daggers.”  On Europe, he likened the E3 to the “terrorists of Baghdad airport” who killed Qassem Soleimani.  Khamenei highlighted that he didn’t trust them as “[t]he iron hand emerged from the velvet glove and revealed itself.”  However, despite the fiery oratory, the supreme leader also hedged—stressing “[w]e’re not afraid of negotiation (not with U.S., but with others).  We have power, and will negotiate with power.”  It’s Khamenei’s usage of both bombast and balance, which then sets the table for political debate inside the Islamic Republic.  Pragmatists preach for negotiation with resistance, while hardliners howl for resolute resistance.

This paradigm can be seen in President Rouhani’s remarks on the JCPOA.  Rouhani has been risk-averse during his tenure in office—scrupulously avoiding straying from the supreme leader’s red lines.  Members of parliament have even criticized him for his caution—an outspoken legislator, Ali Motahari, chastised him for being more “reluctant to apply some of his constitutional powers” than his predecessor, Mahmoud Ahmadinejad.

In his public remarks, Rouhani has criticized hardliners in Iran’s government for railing against diplomacy.  In a fiery speech during a cabinet meeting in October, Rouhani proclaimed “[t]he expediency of the nation and Islamic community may not be understandable to the hardliners.”  He has also stressed “[w]henever I believe that any meeting will solve the Iranian nation’s problems and serve the interests of the Iranian nation I will do so, and I am ready to sacrifice myself and resist, and I am proud to be sacrificed for national interests and my people.”  This week, he also stressed “interaction with the world”—code for negotiation.

However, the president has also made sure to protect his right flank—dubbing the draft budget for next year as a “resistance budget” and warning that European soldiers “could be in danger” in the Middle East if the JCPOA falls apart.  Thus, Rouhani has taken great care to ensure his remarks can stand up to scrutiny—advocating for both conciliation and confrontation by using the room provided by Khamenei’s verbal equivocations.

In contrast, hardline elements of the regime—namely elements of the IRGC and the mullahcracy—consistently champion recalcitrant resistance.  The new commander-in-chief of the IRGC, Hossein Salami, outlined this approach over the summer: “[w]e should only rely on God, because the enemy will never give in to our demands in negotiation.”  The firebrand member of Iran’s Assembly of Experts Ayatollah Ahmad Khatami put it more succinctly: “to negotiate means to surrender.”

In the end, the supreme leader sets the rhetorical goalposts.  The debate we witness between official organs of the Islamic Republic exploits Khamenei’s strategic rhetorical ambiguity.

Jason M. Brodsky is the policy director of United Against Nuclear Iran (UANI). He is on Twitter @JasonMBrodsky.

The Author is Jason Brodsky

Jason Brodsky is currently the policy director of United Against Nuclear Iran (UANI). In addition to managing the organization’s policy and research portfolios, he assists former U.S. Senator Joseph I. Lieberman with research and writing on the Middle East and media. Previously, from 2013-2016, he served in a variety of capacities at the Wilson Center, including as special assistant (research/writing) and policy advisor to the Director, President and CEO former Congresswoman Jane Harman; as... Read More

Ellen E. McCarthy was appointed by President Trump to be the Assistant Secretary of State for the Bureau of Intelligence and Research. She was sworn in on January 17, 2019. Ms. McCarthy returns to government service after three years in the private sector, where she served as President of Noblis NSP, leading its mission to serve clients in the Intelligence ...