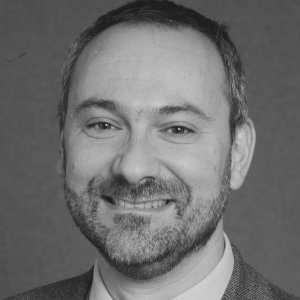 In Latin America, the combination of weak governments, porous borders, widespread corruption, and the lack of adequate legislative tools to combat terror finance creates an ideal environment for transnational organized crime. Drug trafficking, trade-based money laundering, and terror financing can no longer be treated as distinct phenomena. Terror organizations help drug traffickers move merchandise, then launder revenues through sales of consumer goods. Profits then return to the terrorists to fund their activity. In Latin America, Hezbollah plays a central role in this new landscape.

Hezbollah generates loyalty among local Shi’a communities by managing their religious and educational structures. It then leverages that loyalty to solicit funds to its own advantage – including, critically, to facilitate interactions with organized crime.

The organization’s role as a nexus between terror finance and organized crime thrives in the Tri-border Area (TBA) of Argentina, Brazil, and Paraguay. In the TBA, Hezbollah’s clerics and religious institutions along with its charitable and educational programs, and supporters’ legal commercial activities overlap with its illicit financial networks. Moreover, the absence of legislative tools to combat terror finance in this region has limited the impact of U.S. measures to counter it.

For example, the Galeria Pagé, a shopping center in Paraguay that was sanctioned by the U.S. Treasury Department in 2006 due to its record of serving as a Hezbollah finance center, merely changed its name to Galeria Uniamerica. Its U.S.-sanctioned owner, Hamzi Ahmad Barakat, continued his activities until his arrest in Brazil in 2013, not for terror finance but for fraud. And Mohsen Bilal Wehbe, a Hezbollah cleric that Treasury designated in 2010, continues to operate openly in Brazil.

Porous borders compound these problems. Trade-based money laundering in the TBA, a key component of the narcotraffic-terrorism nexus, relies on commercial goods not produced in Paraguay. Imported goods are re-exported through the border at the southern end of a long lawless frontier infamous for drugs and weapons trafficking.

A recently leaked investigation into tax fraud in Ciudad Del Este – one so large that local authorities have dubbed it a “Mega-evasion” – brings all this together. Authorities are investigating local accountants for allegedly issuing false invoices on behalf of 285 companies registered in the TBA, evading an estimated $270 million in taxes.

Authorities are focusing on a cluster of companies with alleged links to Hezbollah through two shareholders, Jaafar Balhas and Walid Amine Sweid. It remains to be seen whether Sweid and Balhas act as financiers of Hezbollah or whether their companies will be convicted. Paraguay’s media have documented Sweid’s close connections to politicians and customs officials, suggesting these links ensure lax customs inspections. Import-export data for their companies show merchandise deliveries from China arrive by air, with weekly Emirates cargo flights via Dakar, Senegal.

For example, bills of lading detail air delivery of assorted merchandise to the TBA business Ponto Com Megastore from Spaltec Electronics in Hong Kong. Sweid owns both companies, as well as Global Logistics Solutions, the shipping company. In short, Sweid owned every company involved in the transaction. Given the false invoicing, it is plausible that this is a trade-based money-laundering scheme involving false shipments.

This pattern is common to other companies under investigation, some of which use LLCs incorporated in Miami as their transit point for merchandise and paperwork. The Miami-based Centurion Air Cargo, for example, flies regularly into Ciudad Del Este.

What can Washington do to counter these activities? Successive U.S. administrations have squeezed Hezbollah’s sources of revenue and cut the group off from the global financial system. Relying on congressional legislation against Hezbollah’s terror financing, the Obama administration has recently taken aim at Hezbollah’s finances in Lebanon. It should focus on Latin America and target Hezbollah financiers by seeking new designations in the region. The TBA offers a target-rich environment for new designations.

The U.S. should also encourage local authorities to be more proactive. Treasury should also reach out directly to financial institutions, as it did in the past. A senior Paraguayan official presented me figures that show most of the cash flows out of that country and into the United States. If true, the U.S. financial system is likely being used to launder revenue from illicit trafficking. Applying significant consequences for being on the wrong side of Treasury would help get local banks to look at what is happening in their own backyards. The U.S. can also invest resources and political capital to ensure more stringent controls and better monitoring of merchandise traveling to the TBA.

Problematic shipments by air reach the TBA from two points of departure – Miami International Airport and Dubai (via Dakar). The U.S. should institute stricter controls over shipments from Miami, and perform more stringent and timely due diligence on companies shipping to the TBA.

Washington should also ask authorities in Dubai and Dakar to exercise greater scrutiny over merchandise and its recipients before planes leave. Stricter controls could reduce illicit shipments and raise the costs for Hezbollah middlemen in the TBA.

Transnational crime in Latin America is a serious obstacle to developing strong institutions and robust economies in the region. As an accomplice to such crime, Hezbollah poses an immediate threat to U.S. national interests in its own backyard. In countering Hezbollah, Washington should thus prioritize Latin America.

The Author is Emanuele Ottolenghi

Emanuele Ottolenghi is a Senior Fellow at the Foundation for Defense of Democracies and its Center on Sanctions and Illicit Finance. The author of five books on Iran sanctions, Ottolenghi is an expert on illicit finance and proliferation networks. Prior to joining FDD, he taught at Oxford University's St. Antony's College and ran the Brussels-based Transatlantic Institute.