The unfolding crisis over the October 02, 2018 disappearance and likely murder of Jamal Khashoggi has highlighted growing tensions between Saudi Arabia and Turkey. These issues are long-running and stem—at least at a strategic level—from Saudi Arabia’s concern over Turkey’s push to reassert itself, at the Saudis expense, as the primary geopolitical leader of the Islamic world. As Guardian of the Two Holy Mosques, Saudi Arabia’s role as the center of the Islamic faith is beyond reproach. The view from Riyadh sees Erdogan maneuvering Turkey into position to proclaim itself as the new leader of the modern Islamic world—a move that would have serious implications for the House of Saud.

It is difficult to overstate the importance that the Saudi ruling family places on being recognized as the undisputed leader of the Islamic world. An unsigned op-ed in the Saudi Press Agency this week warned of retaliation against ‘any action’ concerning the Khashoggi incident and reasserted Saudi Arabia’s self-image: ‘The kingdom affirms its total rejection of any threats and attempts to undermine it, whether by threatening to impose economic sanctions, using political pressures, or repeating false accusations that will not undermine the Kingdom and its staunch positions and Arab, Islamic and international status.’ In other words, its ‘status’ is among the Kingdom’s most treasured resources—Turkey represents a credible threat to that ‘status.’ During the Ottoman Empire, Istanbul was the center of the Muslim world and as he consolidates more power, Erdogan is himself as a legitimate representation of the modern Muslim world with Turkey, not Saudi Arabia, as its centrifugal force. While the Arab Spring is a repressed memory in the Gulf, Erdogan continues to push a message of change, further contributing to his popularity among Muslim youth throughout the region. And even though Erdogan is working to assume autocratic powers, he still attempts to present himself and Turkey as a viable and more vibrant alternative to the Saudi royal family’s leadership.

An October 11, 2018 piece in The Economist titled, ‘Why Dissidents are Gathering in Istanbul,’ carried the subtitle ‘A century after Turkey lost the Middle East, Istanbul is an Arab capital again.’ The realization of the trends discussed in the article amount to Saudi Arabia’s greatest fear, that Turkey will become the hub of the Muslim geopolitical world in a way that Saudi society could never aspire to be. The article notes that there could be as many as 1.5 million Arabs in Istanbul alone, partly due to the Syrian war, but also because Turkey is more welcoming for dissidents and those concerned with freedom of expression. This may seem ironic, especially because under Erdogan, Turkey has become a hostile place for journalists. A much easier path to citizenship also makes Turkey an attractive choice for those leaving the Gulf and looking to move abroad.

It remains unclear exactly how much the issue of Khashoggi’s disappearance will result in significant changes to the always tenuous Turkey-KSA relationship. What is clear, however, is that Erdogan seems determined to position Turkey once again as the center of the Muslim world and himself as the modern-day sultan that leads it. The rivalry between Ankara and Riyadh will go a long way toward shaping regional events throughout the Middle East. Whichever side prevails will likely find a welcome audience with great powers and strong states eager to exert their own influence in one of the most geopolitically important regions of the globe. 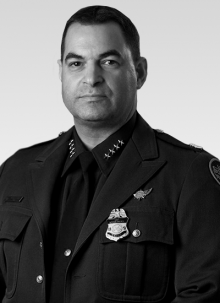