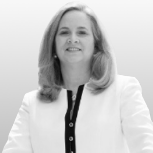 When Tashfeen Malik and Syed Farook killed 14 people at a holiday office party in San Bernardino, California, the detail that stood out the most is that the perpetrators were a man and a woman, and that Tashfeen was not just a woman but a mother.  Indeed, that the couple had dropped off their six-month old child shortly before their attack seemed to draw as much consternation as the fact of the attack itself. It is not just an innate sexism that leads us to assume women do not commit violent crimes.  On average only four percent of active shootings in the U.S. are perpetrated by women, and currently women constitute only 17 percent of felony defendants in the United States. So to assume women make unlikely jihadists is not unreasonable.

But the San Bernardino shooting taught us that in spite of Islamic strictures against putting women on the battlefield, the ideology of violent jihad is drawing both female and male supporters.  Moreover, women have long proven their capability for violence.  As Audrey Alexander, Research Fellow at George Washington University’s Program on Extremism, explains, “We typically do not think that women can be violent or extreme.  But history says otherwise.  Ever since the Anarchist movement, which kick started modern terrorism at the end of the 19th century, women have taken active part in most terrorist organizations.”

The foundational document of contemporary jihad, Abdullah Azzam’s fatwa The Defense of Muslim Lands (1979), laid a clear path for women to take part in jihad. He wrote: “If a stretch of Muslim territory is attacked, jihad is an individual duty for those who inhabit that territory and those who are neighbors….In such a situation, a husband’s permission is not required for his wife to fight.”  Given the role of women in the Qu’ran and in the life of Mohammed, this was not entirely un-Islamic.

Muhammad’s youngest wife A’isha had led an army of 3,000 in the Battle of the Camel, and several of the female Companions of Mohammed fought on the battlefield as well.  One woman, Nusayba bint Ka’ab, is even credited with saving Mohammed’s life in the Battle of Uhud by shielding him from stones and arrows.  But the early jihadists and founders of al Qaeda—Abdullah Azzam, Osama bin Laden, Ayman al-Zawahiri—ultimately defaulted to the more traditional ideas about women that are founded on the Qu’ran: “Men are guardians of women, because Allah has made one superior to the other” (4:34); and on the hadith: “Never shall a folk prosper who have appointed a woman to rule them.”

In other words, women were to support their men, not to fight alongside them.  Al Qaeda used the alleged violation of their women by the West in order to incite jihad, but they did not invite women to join the jihad. The Al Qaeda Training Manual (attributed to bin Laden but likely written by Ayman al Zawahiri), specified that married brothers should not even talk with their wives about “Jihad work,” much less persuade them to join the fight.

Women thus remained largely absent from the jihadist battlefield through the 1980s and 1990s, when the principle base for jihad was in Afghanistan, Pakistan, and Sudan.  It was only in 2004, as the locus of jihadist movements began to shift back to the Middle East, that women’s status significantly changed.

On January 14, 2004, Reem al-Rayashi, a Palestinian mother of two, carried out a suicide attack that created a global uproar, not least among Muslims (it was the eighth suicide attack by a Palestinian woman, but only the second by a woman who was also a mother).  In response, Sheikh Yusuf al-Qaradawi, the most popular and influential conservative Muslim cleric, wrote a fatwa addressing this issue.  Not only did he fully endorse suicide bombing as a tactic, writing, “The martyr operation is the greatest of all sorts of jihad in the cause of Allah,” he also endorsed the notion of female suicide bombers: “When jihad becomes an individual duty, as when the enemy seizes the Muslim territory, a woman becomes entitled to take part in it alongside men…even without the consent of her husband.”

Qaradawi even pointed out that there might be advantages to using women in carrying out jihadist operations: “…the organizers of these martyr operations can benefit from some, believing women as they may do, in some cases, what is impossible for men to do.”

Given Qaradawi’s reach and popularity—his TV program on Al Jazeera, “Sharia and Life,” reaches an estimated 60 million viewers—it should not be surprising that his approval of female jihadists quickly bore fruit.  In 2005, a woman carried out a suicide attack for al Qaeda for the first time. She dressed as a man and walked unnoticed into a group of military recruits, killing herself and five men. Several other female suicide bombers then followed, but always from al Qaeda in Iraq (AQI), not al Qaeda central.  It was the Jordanian-born terrorist and the founder of AQI, Abu Mussab al-Zarqawi, who had introduced the female jihadist to al Qaeda, and indeed it was he who laid the groundwork for the more active role women play today in the Islamic State of Iraq and Syria (ISIS).  While Qaradawi’s fatwa likely had an impact in loosening the theological strictures against female jihadists, Zarqawi gets the credit for operationalizing their use.

Today, women have a prominent—if complicated—role in ISIS. ISIS’s slave markets have been well covered in the news, as have the stories of ISIS brides—women and girls as young as 15 traveling to Syria and Iraq in order to marry mujahedeen.  And while there is extensive abuse of women and girls, there are also stories of important roles played by women.  When the wife of ISIS financier Abu Sayyaf was captured in May 2015, the United States learned that ISIS leaders had been running their communications through their wives, whom they felt were less likely to be monitored by foreign intelligence.

Overall the number of girls and women supporting ISIS remains small relative to male participation:  Since March 2014, of the 98 supporters of ISIS who have been interdicted in the United States, only 16 have been female (16 percent).  Eight of those have tried to travel to Syria or Iraq, five have been facilitators or promoters, and three have been domestic plotters.  Only one from this last group, Tashfeen Malik, actually carried out an attack.

Like al Qaeda, ISIS officially supports a traditional role for women. An article entitled, “A Jihad Without Fighting,” in Issue 11 of Dabiq, ISIS’s online magazine, articulates what is likely their official line on women as fighters.  They are not obligated to participate in jihād, writes Umm Sumayyah al-Muhajirah, except in self-defense. Their role, instead, is to build the Ummah, produce men, and “send them out to the fierceness of battle.” Women are therefore relegated to the role of wives to the mujahidin and mothers to the lion cubs. This may be the official position, but the reality is very different:  ISIS has proven itself more than willing to exploit women as well as children in every possible way, and somehow, in spite of the stories of horrific abuse, women and girls are showing themselves willing to be recruited.

The end result is that while women continue to constitute a small percentage of ISIS supporters, that number is far greater than we ever saw under al Qaeda. The West therefore needs to abandon its assumptions that Muslim women will not engage in jihad, or that girls are not vulnerable to recruitment.  As Mia Bloom has written, “Increasingly…the ‘weakest’ members of society, notably women and children, have been drawn into the fray as operatives. Once an occasional occurrence, the use of women is growing at an alarming rate. Using female recruits provides the terrorist organizations with a comparative advantage, particularly the element of surprise.”

The bottom line is that ISIS has proven itself willing to violate even the most sacred societal norms—using women and children in battle, raping children, attacking civilians—and yet their ideology is as persuasive among women as it is men.  Moreover, this enemy is endlessly adapting—if it will help them gain an advantage, they will use women and even children on the battlefield.

The good news is that there are obvious cracks in the armor.  The same article in Dabiq that explains how women can participate in jihad without fighting betrays what must be very vocal discontent among the ISIS wives:

“So why do we find some of the mujāhidīn’s wives complaining about their lives? If she hears of an imminent battle that he will be in, she gets angry. If she sees him putting on war armor, she gets upset. If he goes out for ribāt, she gets in a bad mood. If he returns late, she complains.”

The article spends far more time telling the women to stop complaining than it does laying out the ideology of jihad.  Those who are trying fighting ISIS have a clear opportunity here to amplify the discontent of the ISIS brides as a way to dissuade would-be recruits.  But at the same time, we in the West must wake up to the reality that women are now a serious component in this battle and overcome our innate resistance to the idea of women as jihadists.  The enemy certainly has.

The Author is Katharine Gorka

Katharine Cornell Gorka is the President of Threat Knowledge Group, which provides training and expertise on threats to U.S. national security.  She works closely with U.S. government agencies, law enforcement and the intelligence community.  From 2008 to 2014 Katharine served as executive director of the Westminster Institute, a think-tank based in McLean, Virginia. She co-edited the volume, Fighting the Ideological War: Winning Strategies from Islamism to Communism and most recently... Read More