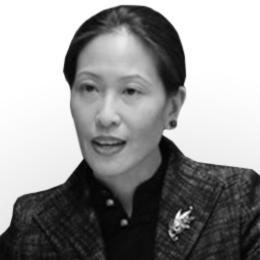 With Germany’s chairmanship of the Organization for Security and Co-operation in Europe (OSCE) in 2016, OSCE is back in business after a 15-year slumber.

The Ukraine crisis highlighted OSCE’s unique role in conflict management between Russia and the West, and now Berlin wants to use this platform to engage China on security issues through its outreach program.

In the past, these formats normally focused on economic issues, and the German Federal Foreign Office invited China to attend the OSCE business conference in Berlin on 18-19 May to promote connectivity in China’s Silk Road Initiatives—also known as One Belt, One Road (OBOR).

But in the aftermath of the Paris and Brussels terrorist attacks and China’s appointment of a new envoy in April for the Syrian crisis, Beijing’s foray into the Mideast provides an opportunity for the EU and the U.S. to engage China on a larger portfolio of security matters.

Currently, the biggest challenge facing China’s Silk Road Initiative is the volatile Mideast segment. The Arab Spring and rise of Islamist forces in the region are putting pressure on China’s traditional non-interference stance.

In 2011, China was shocked by the conflict in Libya – a security threat to its citizens overseas.  Chinese companies lost about $20 billion over night and had to evacuate 36 thousand Chinese nationals.  China has an estimated five million workers abroad with two million in Africa and the Mideast, and in 2014, Chinese tourists overseas reached 109 million.

The Paris and Brussels attacks, and the murder of a kidnapped Chinese citizen by ISIS, also highlight the risk to all countries with fighters waging jihad in Syria and returning home to roost. According to IHS Jane’s counter terrorism expert Anthony Davis, China has over 1,000 fighters from Western China in ISIS and the al-Qaeda affiliate Turkistan Islamic Party (TIP). If the fighters try to return and face difficulty entering China, security analyst Jacob Zenn from Jamestown Foundation assessed “the TIP will move to attacking Chinese abroad.”

This has alarmed Beijing especially after the August 2015 Erawan Shrine bombing in Bangkok that killed Chinese tourists. To make the incident worse, a February 2016 Reuters article reported that at the time of the Shrine attack, the terrorists also planted a bomb that failed to go off at a pier packed with hundreds of Chinese tourists. In the face of additional threats to Chinese citizens overseas—the November killing of Chinese citizens by al-Qaeda in Mali, the ISIS execution of a Chinese national, the Bangkok bombing, and the evacuation of Chinese citizens from Libya and Yemen—Beijing is adopting a more proactive diplomatic and military posture in the Mideast.

Some skeptics point to China’s non-interference policy as an obstacle to a more robust security stance. However, this needs to be placed within context. From Beijing’s perspective, it is more in reference to intervening in other countries’ domestic politics, such as western-sponsored democracy-promotion and color revolutions. Non-interference policy does not mean inaction when China’s security and interests are threatened.

This is evidenced by the recent passing of the counter-terrorism law allowing the Chinese military to operate abroad, as well as China’s internal state security budget that has surpassed its defense budget the past few years–suggesting Beijing is placing greater emphasis on stability and protection of citizens. In this light, the US and EU can leverage China’s emergence as a security actor as an opportunity for non-traditional security cooperation across Eurasia.

OSCE may be a timely platform for a coordinated Western approach towards China, and with the China-led Shanghai Cooperation Organization (SCO).

Firstly, OSCE and SCO share overlapping membership of Russia and the four Central Asian republics of Kazakhstan, Kyrgyzstan, Tajikistan and Uzbekistan. Geography matters, and this could facilitate Eurasian connectivity via the OBOR initiatives.

Secondly, unlike NATO (North Atlantic Treaty Organization) and CSTO (Collective Security Treaty Organization) that are collective defense alliances, SCO and OSCE are multilateral cooperative security platforms for confidence building and crisis management. Both are focused on non-traditional security issues like counter-terrorism and conflict prevention and resolution, and can also reduce tensions between Russia and the West—given OSCE was initially conceived as a forum to mitigate tensions between NATO and the Warsaw Pact.

Thirdly, as China enters the Mideast security scene, OSCE can engage China on security issues through its partnership program as it has done with Asian partners, such as Japan and South Korea, and Mediterranean partners in the Levant and North Africa. In the past, China had participated in the OSCE Mediterranean partners program on an SCO ticket, so there is room for further OSCE-SCO engagement in the Mideast region.

Finally, OSCE could offer a platform to test China’s role as a conflict mediator, following its participation in the P5+1 deal with Iran and its present role in the Syrian crisis. Beijing also has a unique role in the current Saudi-Iran tension over Syria, given its “cleaner” scorecard than other permanent members of the UN Security Council. The U.S. is seen as being pro-Israel and pro- Saudi, Russia is perceived to be backing Iran and Shia Muslims with its military operations in Syria, and Europe has colonial baggage in the Mideast region.

In contrast, China enjoys good relations with both Tehran and Riyadh.  As such, Beijing has the potential and capability to become an important security provider and mediator in the Mideast, and OSCE can serve as a platform to debut that new role.

The Author is Christina Lin

Dr. Christina Lin is a fellow at the Center for Transatlantic Relations at SAIS-Johns Hopkins University where she specializes in China-Middle East/Mediterranean relations, and a research consultant for Jane's Chemical, Biological, Radiological, and Nuclear Intelligence Centre at IHS Jane's.