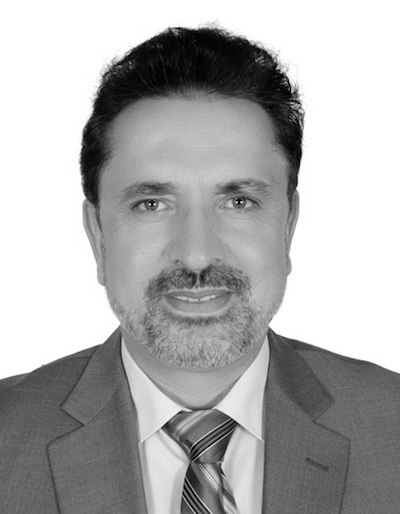 The recent terror attacks in Barcelona and Finland stand as a stark reminder of the dangers of not just terrorism, but also the radicalization underpinning it.

Shortly after the attacks, ISIS came forward to claim responsibility – for good reason. These latest attacks, like others before them, seems to reinforce just how devastating the effects of extremist narratives and propaganda can be in inspiring people to committing grotesque acts of violence. For ISIS, propaganda is arguably its greatest strength. Despite the group’s recent territorial losses in Iraq and Syria, propaganda is why the group can still win recruits willing to commit deadly terror attacks in cities across the world. As ISIS losses territory, the terror threat internationally in places like the United Kingdom is increasing, according to recent statements by the UK’s security minister, Ben Wallace.

So how can the battle for hearts and minds against DAESH and their ilk be won – the next frontier in the fight against the group after their attempt at statehood has been all but extinguished?

One way of countering the spread of propaganda is by limiting the exposure groups such as ISIS routinely exploit on social media platforms. It is an area where notable progress has been made. For example, by 2016, Twitter had suspended 360,000 accounts for violation of its policies regarding the promotion of terrorism. However, Twitter also published a statement adding, “There is no one ‘magic algorithm’ for identifying terrorist content on the Internet.”

Indeed, the challenge of countering extremist messaging lies not just in “take-down” methods that locate and block extremist content and users, but in tackling the appeal and legitimacy of the extremist recruitment message itself. That legitimacy lies in large part on the false perception that ISIS possesses some kind of religious legitimacy – without which the group’s claims of representing an “Islamic State” would have little of the credibility it depends upon.

This is why the Organization of Islamic Cooperation (OIC) – the second largest inter-governmental body in the world after the United Nations, with 57 Muslim-majority member states – has created an online messaging center designed to counter extremist propaganda and deconstruct violent ideologies.

Called the Voice of Wisdom: Center for Dialogue, Peace and Understanding, the center has partnered with the International Islamic Fiqh Academy (IIFA) – a body of international Islamic clerics that can offer a credible and authoritative religious voice in efforts to correct misinterpretations of Islamic texts by extremists.

The center’s activities are particularly pertinent given ISIS’ deliberate strategy of exploiting religious ignorance amongst potential recruits. After all, examples of ISIS recruits with little or no understanding of basic Islamic principles are not in short supply.

Take, for instance, would-be ISIS recruits Yusuf Sarwar and Mohammed Ahmed who purchased books like Islam for Dummies before trying to join the group in Syria. Or see the groundbreaking study by former U.S. National Security Council Director, Quintan Wiktorowicz, who interviewed hundreds of Islamists and concluded that those most prone to radicalization also had the weakest understanding of the Islamic faith. Or review the briefing note on radicalization prepared by MI5’s, the UK’s internal security service, behavioral science unit which noted “a well-established religious identity actually protects against violent radicalization.”

Given religious ignorance is a crucial deficit ISIS seeks to exploit, the center’s approach is focused on the following areas:

The center will draw upon the strength of the OIC’s brand and access to credible and reputable Islamic scholars that can offer powerful, authoritative Islamic counter-narratives to ISIS propaganda.

In this respect, there are existing efforts the OIC can add to. For example, Islamic clerical voices from across the globe have already issued grave criticisms of the group. In 2014, for example, 126 Islamic scholars across the world issued a 17-page open letter to Abu Bakr al-Baghdadi, the leader of  ISIS, referring to scripture and religious legal precedent to meticulously dismantle the authenticity of the so-called “Islamic State.”

This component of the OIC’s strategy is particularly important given the vital importance of the credibility of any messengers used within a messaging campaign.

The biggest challenge in critiquing ISIS’ religious legitimacy lies less in a shortage of credible voices and arguments, and more in an inability to communicate those arguments to those who need to hear them most.

To address that deficit, the center will channel its messages across digital and social media platforms likely to reach a wide-ranging audience, and where their messages will be accessible to those searching for answers online.

Thought has also been given to the format of content as well. Just as ISIS demonstrated a new level of sophistication amongst its terrorist recruiters – such as using cutting edge video production and info graphics in its social media content – the response must similarly ensure it is captivating and engaging. As such, the center is going to make use of graphics and animation in its video content production to ensure their message is as accessible, engaging, and as captivating as possible in exposing the reality and false legitimacy of terrorist groups.

In this vein, instead of the center simply challenging the worldview of ISIS, it will also offer an alternative narrative based on authentic Islamic traditions, values and scripture that promote respect for diversity, and values of moderation, tolerance and peaceful co-existence.

Acting as a Resource Bank for Member States

The power of successful anti-extremism efforts depends in large part on the breadth and consistency of those efforts across various fronts. It is for this reason that the center will also act as a resource bank for regional and local preventing and countering violence extremism initiatives.

As part of these efforts, the center’s status as an OIC body means it possesses a unique ability to engage with counter-extremism efforts taking place within member states, as well as regional bodies and other inter-governmental bodies like the United Nations.

By pursuing the aforementioned priorities, the center can fill a unique gap in counter-extremism activity. The OIC’s unique access, socio-political legitimacy and track-record in representing the diversity and breadth of the Islamic world makes it a natural body to support this goal of addressing the radicalization toward violent extremism that has led to terrorist groups like ISIS.

The Author is Bashir Ahmad Ansari

Bashir Ahmad Ansari is the Director of the Dialogue and Outreach Department and the Voice of Wisdom: Center for Dialogue, Peace and Understanding at the Organization of Islamic Cooperation (OIC). He has previously taught at Southern Methodist University (SMU) in Dallas, Texas and has written ten books and approximately 100 articles on culture, religion, radicalization, politics and identity. He is a former Afghan diplomat.