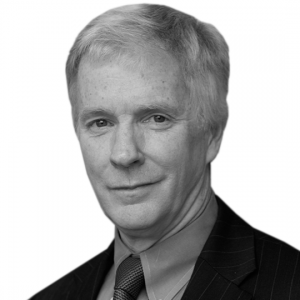 An assortment of Iraqi forces will drive Islamic State from Fallujah. Then the real trouble will start.

In addition to army and police, a number of extremist Shia militias are on the scene. They are controlled by Iran, and to underscore that point, Iranian Quds Force commander Qasim Soleimani made a very public appearance on the battlefield. These militias have already been implicated in atrocities against Sunni civilians fleeing the city. For these civilians, it is truly the choice from hell – Islamic state vs. Shia militia who have a long, brutal record of murdering Sunnis.

I was in Iraq in March, arriving in Baghdad the same day that Shiite cleric Muqtada Sadr’s followers made their first push on the Green Zone in Baghdad. Sadr’s intentions were unclear, as they are today. What was apparent is that the Abadi government has no ability to control events – not in Baghdad, not in Fallujah. I do not doubt the Prime Minister’s intentions. He knows what should be done to bridge sectarian and ethnic divides, but he has no power to implement such steps as a National Guard law that would bring Sunnis into the Iraqi armed forces structure. The Iranians and their proxies dominate the political arena as they do the battle space, and there will be no outreach to Sunnis.

The Iranian agenda in Iraq is shaped by the horrific Iran-Iraq war of 1980 to 1988. Few Americans remember it; no Iranian or Iraqi will ever forget. Sulaimani, for example, was commissioned as an infantry officer shortly before Saddam Hussein invaded his country, and was in combat for most of it. Imagine the impact on a British subaltern of enduring the Western Front not for four years, but eight. The 1988 truce was for Iran a “poisoned chalice,” as the late Iranian Supreme Leader Ayatollah Khomeini called it. Now, more than a quarter of a century later, Iran sees the opportunity to achieve the victory that eluded it then: an Iraq that is permanently divided, permanently unstable, and never again able to threaten Tehran.

There is much talk in the West of an enhanced federalism or partition along ethno-sectarian lines as a solution to Iraq’s woes. As a former ambassador to Pakistan, I am reminded of the partition of British India in 1947, when over two million people died. As bloody as Iraq has been, it would be far worse if there is a move to partition the country – in Baghdad, in Diyala, and in the north where Kurds and Arabs are already contesting territory. And when the blood finally stopped flowing, the result would be an Iranian dominated Shiastan in Baghdad and the south, a radicalized jihadistan without resources in the west, and a Kurdistan in the north under increasing Iranian influence and a highly problematic relationship with Turkey. All of this would perpetuate the Syrian civil war and destabilize the region over the long term. That would be fine with Iran. It would not be fine for us or our regional allies.

Islamic State has never threatened Iran, not even rhetorically. Instead, it has been a useful pretext in Syria and in Iraq, where it allowed Iran to stand up militias that answer to Tehran, not Baghdad. Perhaps Soleimani could have done it without Islamic State, but it certainly was easier this way.

During my recent visit to Iraq, I found Iraqis from all communities less concerned about Islamic State than what would come after Islamic State. Sunnis feared what is now coming to pass at Fallujah – Shia militias driving into the Sunni heartland. Many Shia fear that once Islamic State is defeated in Iraq, the militias will turn on each other and a Shia civil war will ensue, much as happened with the Afghan mujahidin factions after the Soviet defeat. There have already been intra-Shia skirmishes north of Baghdad. The Kurds, badly divided among themselves, fear the consequences of unbridled civil war to their south.

So we are at the gates of Fallujah. Islamic State will be defeated there, and then the focus will shift to Mosul, which has a much larger Sunni civilian population. And there we will see not only the Shia militias but also the Kurdish Peshmerga, viewed by Sunnis as hardly preferable to the militias. The U.S. is focused on defeating Islamic State, by whatever means and with whomever wants to join the fight. We employed similar tactics against the Soviets in Afghanistan – the means don’t matter, only the end.

But there are no ends in the Middle East. Islamic State will be defeated in Fallujah and eventually in Mosul. The consequences are likely to be worse.

The Author is Ryan Crocker

Ryan Crocker is Dean and Executive Professor at the George Bush School of Government & Public Service at Texas A&M University where he holds the Edward and Howard Kruse Endowed Chair.  He retired from the Foreign Service in April 2009 after a career of over 37 years but was recalled to active duty by President Barack Obama to serve as U.S. Ambassador to Afghanistan in 2011. He has served as U.S. Ambassador six times: Afghanistan (2011-2012), Iraq (2007-2009), Pakistan... Read More 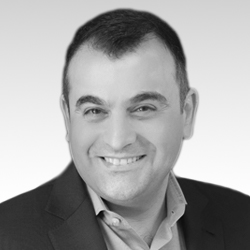