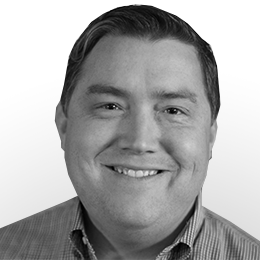 Cybersecurity legislation was a major component of President Barack Obama’s 2015 State of the Union Address, soon followed by the introduction and approval of the Cybersecurity Information Sharing Act.

But as we move closer to welcoming a new President to the Oval Office, how will cybersecurity influence elections, campaigning, foreign relations, and policy? The threads are interwoven and complex.

This is just one of a handful of presidential elections that have been conducted in the age of big data and hyper-connectivity. Innovation, social sourcing, and online activism have increased ten-fold since the 2008 and 2012 campaigns, making for a very unknown and unstable foothold, particularly with the backdrop of the presidency.

Any motivated citizen, opponent, party, terrorist, or hacktivist has a much easier path to taking down a candidate than they might have had five or 10 years ago. Where dirty secrets and smear campaigns were the primary fears in the past, the vast data that’s now available — and likely not properly secured— is alarming. The sheer scope of the online landscape and its related data will be a major player in the forthcoming elections.

Fraud at the Polls

Cyber warfare, viewed as a national threat, has advanced tremendously since the 2012 election. What more of an attack target exists than changing the landscape of the presidency? Focus points will target voter fraud activity and hacks around classified activity, and there may even be instances of hackers going after Donald Trump’s financial records.

Unfortunately, the environments that can be attacked vary greatly, so there will certainly be targeted attacks against candidates as voters are picking their favorites come poll time.

From an information security standpoint, this is not a party-versus-party conflict. The official who is elected to govern America affects many countries — both positively and negatively. Many governments will attempt to influence the election, even if that means shaping outcomes.

But to what degree? What lengths will they go? Will they stop at the aforementioned poll fraud? Or could they stoop to extortion or other types of digital leverage? As data becomes increasingly valuable, this is a story to monitor across both state, national, and international levels.

A candidate’s viewpoints on education may have a major influence on the future of cybersecurity. The country’s deficiencies in cyber defense are directly related to the educational system’s lag in math, science and, to a point, relevant security curriculum and degree paths.

However, with a renewed emphasis on education, the new President could very well change the course of cybersecurity — making this election all the more important.

Current curriculums lack focus on math and science, and most universities don’t offer security-specific programs. This produces fewer and fewer graduates who are qualified for critical cybersecurity jobs. In turn, there is more demand for talent. Cybersecurity salaries grow to a point that enterprises can no longer invest in this much-needed area. The problem is compounded by a deficit of 209,000 cybersecurity professionals in the U.S.; numbers project that some one million cybersecurity jobs will be available worldwide in 2016.

This dangerous trend could be mitigated by a strategic and consistent focus from the White House and Capitol Hill.

It’s just not the tangible data that could turn the tide. Data privacy policy isn’t quite the hot-button topic it was just a year ago. But that doesn’t mean one of the final candidates won’t leverage the public’s concern over big data to tilt the polls in their favor. Or will ignoring the topic altogether have the opposite effect?

While it is considered a best practice in the private sector, government officials must use extreme caution when accessing, storing or transmitting sensitive information. It’s alarming that this behavior isn’t already routine in D.C.

The Author is Chris Drake

Chris Drake is the founder and CEO of Armor and oversees the growth, direction, and innovation of the company's secure cloud services. Drake began his career by serving as a paratrooper in the U.S. Army's storied 82nd Airborne Division. While at Fort Bragg, North Carolina, Drake built some of the U.S. Army's first private secure websites. After leaving the military, he established TargetScope, an interactive marketing and web development company that oversaw hundreds of... Read More