ISIS’s attack in Brussels has raised questions about where the next attack may occur. Rob Richer, former Associate Director of Operations for the CIA, agreed to sit down with the Cipher Brief and discuss potential ISIS attacks in the Middle East and the capability of regional security and intelligence services.

The Cipher Brief: Given the recent attacks and ISIS’ attribution, are there concerns about similar attacks occurring in the Middle East, primarily in countries such as Jordan and Saudi Arabia?

Rob Richer: Those countries are under threat.   The terrorist cell take-down two weeks ago in Irbid, Jordan of a well organized ISIS linked and directed group equipped with automatic weapons and explosive vests, is just one indication of that threat.   Attacks in Brussels, Paris, Turkey, and Jordan have sadly demonstrated that ISIS, and probably other extremists/terrorist groups, are using the massive flow of refugees to get operatives in place.   Saudi Arabia, while somewhat more protected from ISIS due to its geographic position and minimal reception of refugees, is also seen in many circles as a supporter for the Sunni groups opposed to the Syrian leader and to Iraqi groups fighting Iranian/ Shi’a encroachment in both Iraq and Syria.    That said, while Saudi Arabia is somewhat at a lesser threat from ISIS, there are regular security incidents along Saudi borders. And Saudi involvement in the war in Yemen, it’s treatment of its minority Shi’a population in the Eastern provinces, and the proxy war with Iran are creating a volatile mix of security issues.

TCB: What is the level of security and intelligence cooperation between countries in the Middle East, specifically regarding ISIS networks?

RR: Cooperation within the Middle East and between the Middle East security services in combatting ISIS and other threats is at the highest level. More so, in my opinion, then at the height of the al Qaeda threats.   ISIS and its message is a direct and viable threat to the security and stability of many of the countries in the region, as it is to the security of many European countries.   The message of ISIS appeals to many who have lost hope and feel helpless in determining their future.   It draws on the growing schism between Sunni and Shi’a Muslims, economic downturns, empowerment, etc.  Those factors are attractive to those who feel they have been disenfranchised in their countries.   Thus, all see ISIS and what it portends if allowed to grow and operate, as a real threat to their respective security.

TCB: What are some potential Middle East regional targets that ISIS attackers may attempt to strike? What precautions are regional governments taking to protect soft targets?

RR: Every place that people gather and where physical and psychological damage is most felt, is a target.  These include cafes, restaurants, relatively unsecured transportation hubs, economic centers, local nightlife establishments, as has been demonstrated by the attacks in Europe.  These are the locations where most people have not felt an expectation of danger in Europe.   All have been concerned about the more traditional targets of terrorism/extremism: airports, airlines, government or key private sector symbols.   Security practices in those areas have been expanded greatly.   Hard targets are known and more protected.   It is impossible to protect soft targets to the same degree, and with the ISIS infiltrators already in place, they will find a target.   ISIS will continue to initiate attacks with the greatest possible public impact, and soft targets like schools and other public gathering points are viable targets.   ISIS knows that the attacks are having an impact and will continue to initiate them.

TCB: The attacks in Europe have again raised the issue of refugees, and Jordan has provided a landing spot for thousands of Syrian refugees. Has this influx of refugees heightened the threat perception in Jordan regarding ISIS attacks?

RR: Yes, as demonstrated by the attack in Irbid.  The refugee flow is a proven tool for infiltration into target countries for ISIS.  The refugee flow and what happened in Irbid, along with the wrap-up of other ISIS cells in Jordan in recent months has increased domestic threat perceptions.

There are hundreds of thousands of Syrians internally displaced in Syria looking for a way out.   As Turkey and Europe tighten up their border security and Europe begins to be less receptive to the refugees, Lebanon and Jordan remain countries of hope for those looking to escape the internal situation in Syria.   There are 30 to 40 thousand Syrian refugees on Jordan’s border looking to find refuge in Jordan.   Jordan is doing all it can to assist but at great economic and infrastructure cost.   The current refugee camps and designated areas are full.  New camps along the border area are being developed, but the flow is such that it is impossible to stay ahead of the sheer numbers of those fleeing the uncertainty, chaos, death, and destruction in Syria.  Unfortunately, countries willing to open their countries and their hearts to these refugees are at risk by those taking advantage of their humanitarian actions.

TCB: How will the Brussels attack affect transportation between Europe and the Middle East? Could travel to and from the Middle East become increasingly difficult?

RR: Travel to Europe from the Middle East is being impacted in terms of security practices.   Security services on both ends of the travel have put in place stronger reviews of airline passengers.  Security delays at some Middle Eastern airports have necessitated that passengers arrive much earlier for departing flights to Europe (as well as to the U.S.).   The infiltration route into Europe by ISIS linked operatives or others of concern is via the much more difficult to secure, ground refugee flow through Turkey, Greece, and other European nations.   While security measures have been put in place these past few months to better filter those refugees, tens of thousands of refugees have already entered Europe without real documentation.

TCB: Do Middle Eastern countries need to do more to go after ISIS, including the potential deployment of ground forces in Syria?

RR: Many of the Middle Eastern countries are doing as much as they can in combatting ISIS.   Some are limited by domestic situations, others by capabilities or other realities.   That said, some of the Gulf countries, including the Saudis, must stop supporting the anti-Assad extremist groups operating in Syria from which ISIS has gained cadres.    Further, these same countries, who are the most economically viable in the Middle East, must increase support to those countries taking in the refugees, both in the Middle East (primarily Lebanon, Jordan and Turkey) and in Europe.  These Arab countries have not been receptive nor have they taken in any but the most well resourced refugees fleeing the conflicts in both Syria and Iraq. Those numbers are minimal.

In terms of potential deployments of ground forces in Syria, a precedent has been set in Yemen with the limited deployment of military forces from a number of Arab countries in support of the legitimate government against the extremists seeking control of that country.  However, the politics and realities of Syria make such a deployment much more problematic.  The Gulf countries, led by Saudi Arabia, want the Syrian President gone.   Sending in military forces against Assad would bring Iran, and probably Russia, into greater roles in support of Assad and further fuel the Sunni/Shi’a schism, to the benefit of ISIS and other such groups.   I don’t see that type of deployment happening unless the situation in combatting ISIS deteriorated to a point where such action was dictated, or wherein the government of Assad completely collapsed and a Libya-like internal situation developed with no legitimate or recognized government.

The Author is Robert Richer

Rob Richer retired in November 2005 from the Central Intelligence Agency as the Associate Deputy Director for Operations (ADDO). Prior to his assignment as the ADDO in 2004, Richer was the Chief of the Near East and South Asia Division, responsible for Clandestine Service Operations throughout the Middle East and South Asia. Mr. Richer currently consults on Middle East and national security issues and is a senior partner with International Advisory Partners. 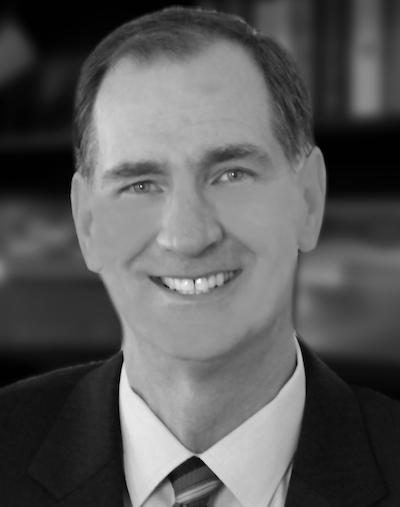