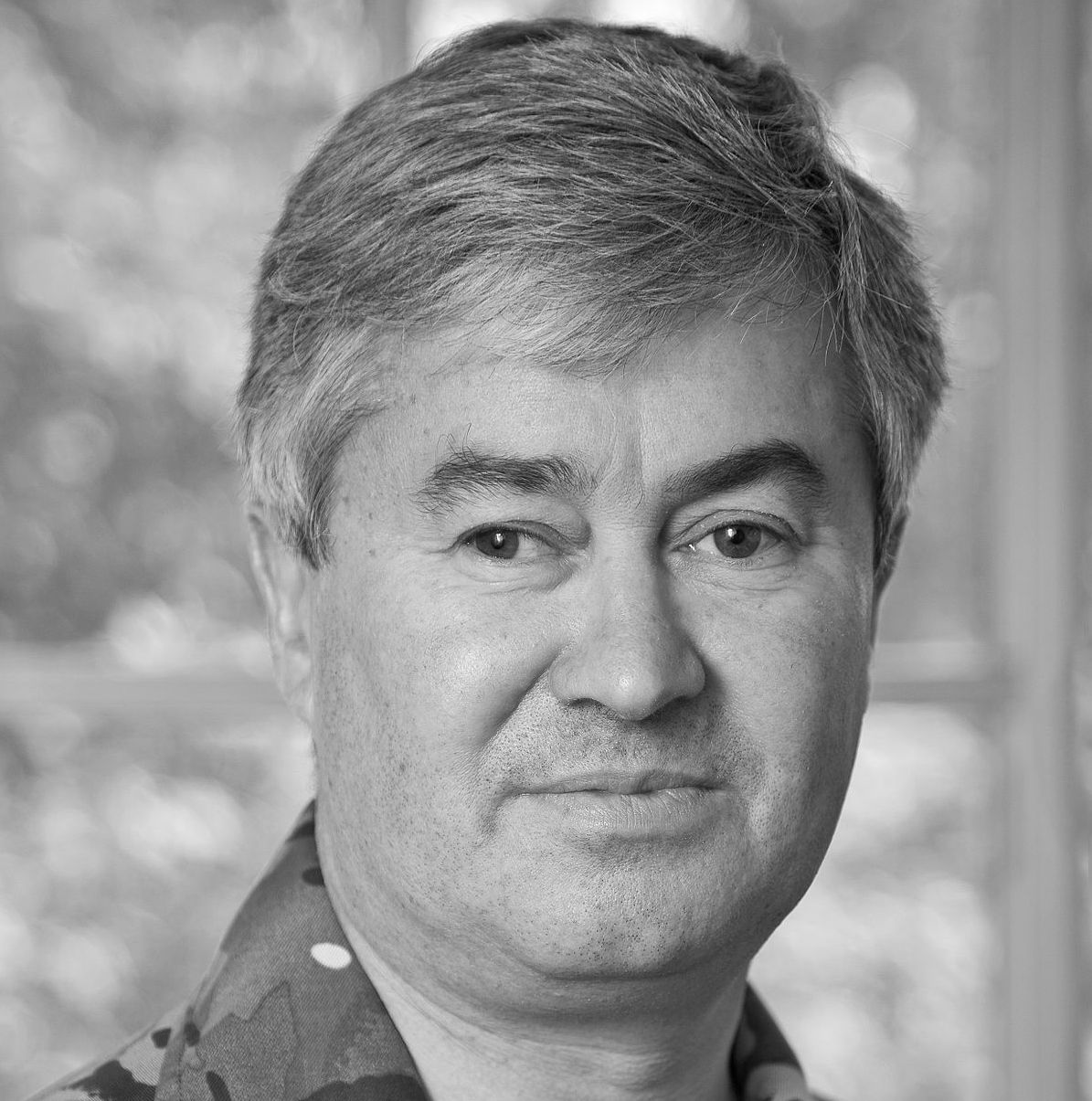 Europe’s defense capability is at the nadir of a cycle of decline since the end of the Cold War. It was less important at the time when Europe and its allies, principally the U.S., held sway in the world, but that period has ended as Russia and China, now near-peers, have asserted themselves regionally and globally.

Disruptive change in European defense is needed, and fast, because adversary military capability has been dramatically rising from Russia’s and China’s thoughtful and strategic investment in new military methods and technologies.

Europe is woefully behind its adversaries in the development of long-range precision fires, counter-space capabilities, the integration of unmanned vehicles with ground, air and maritime forces, and the ability to penetrate modern air defense systems such as the Russian S-400.

Most European armies are built around large formations of manned armored forces using a structural model that reflects the last 75 plus years of doctrine and tactics. This makes little sense given the vulnerability inherent in large formations from being discovered by unmanned surveillance platforms and targeted by massed precision fires.

Further, the consistent presumption that future combat will be in an environment that favors maneuver – the ability to physically encircle and overcome enemy forces – is flawed.

European military forces need to quickly transition to a tactical model that also works in dense urban environments. The era of European defense being largely about territorial defense, i.e. building expensive static defences and letting the enemy smash itself against them, is over. Future defense will be about dynamically protecting the state with more agile, flexible and innovative defenses.

The historic, evolutionary, status-quo procurement and investment models will no longer provide the security Europe needs. For example, it took nearly two decades to upgrade Britain’s main battle tank, even as other European allies were moving beyond tanks to lighter and more agile systems more appropriate for urban or remote counterterrorism operations.

All armed forces look at the future from the starting point of their long history, their recent operational experience, and careful study of how they see the future. They all have a well-developed institutional sense of what they need in terms of equipment. They have spent, and plan to spend, billions of dollars on equipment that reflects this, and it inevitably combines a legacy that stretches back for a generation of past procurement and looks forward another generation in making investment plans for the next really big-ticket items such as aircraft carriers, submarines, aircraft, tanks and artillery. The tendency is to want to have an improved version of what has gone before in a lengthy cycle of planned replacement.

None of this happened in an instant, rather the technology succession played out over several decades. This is happening today, but much faster: the most modern aircraft carrier, airbase and headquarters is now at great risk from the advent of ballistic and cruise missiles fired from ranges well in excess of 600 miles, that are starting to fly at speeds of even 6000 miles per hour, maneuver and protect themselves in flight, and arrive with accuracy of 2 yards with a payload of perhaps 800 pounds of explosives.

Similarly, the most modern fighter jets and missiles have to contend with modern air defense systems that have a range of 600 miles and can hit a target moving at up to 11,000 miles per hour. At sea, the advent of unmanned surface and sub-surface vessels that are hard to detect, can stay on station for long periods, and carry both powerful sensors and weapons to attack conventional manned ships and submarines are changing the game.

This reciprocal, competitive process is nothing new, but it has now reached a major inflection point as digital age technology transforms military capability at an extraordinary pace. New equipment and software can be generated in a cycle that is more like Google’s two-year horizon than a conventional military acquisition cycle of over 10 years for major items.

The problem is, how do you stop the current planned program when it has been hard fought for, contracts are in place, there are major industrial and economic aspects, and the armed forces are both naturally cautious and uncertain about what a coherent new, different pattern of capability should look like? This can mean there is reluctance to acknowledge the vulnerability and gathering obsolescence of current equipment and methods until disaster has befallen it: the power of the machine gun and artillery was amply demonstrated in the U.S. civil war, but it still took the opening bloody encounters of the World War I in 1914 for European armies to start digging trenches for protection rather than standing in the open as if it was still Waterloo in 1815. We should do better than that.

Very wealthy armed forces, like the U.S., can afford to dabble for a while by maintaining current plans whilst ramping up investments in new technology. The era of manned military aircraft is clearly waning as unmanned platforms proliferate and prove their greater effectiveness at less cost and certainly less human risk. But to win in this global competition it is essential to be good enough to transform organization, method and equipment not merely evolve it.

The same is true in acquisition: it has taken 10-20 years to conceive, design, build and field ships, aircraft and armored vehicles. Today, as we see in all aspects of our lives, new technology has to be harnessed far more quickly and that means an acquisition process for many things to match. Instead of big, enduring fleet replacement programs we must adapt spiral development of a constantly changing mix of technology. A tank, for example, may look pretty much the same for many years, but what is fitted inside and how it is armed and protected will change far more rapidly. Or it will just be a museum piece.

A Call to Action

European security will now depend on how well and quickly the disruptive and revolutionary technologies are procured, adopted and adapted to create strikingly new capabilities. This transformation is not optional; it is existential. We are possibly in a race for our survival and are now in an intense global competition, the results of which will determine who are the vanquished and who are the victors.

It is also an obvious opportunity because if done early and well, this transformation will create employment and industrial growth – including the prospect of strong exports to partners in European economy go hand in hand. Taking a new strategic investment path will create new opportunities for current and future high-tech jobs: Europe can remain focused on large defense systems while relying on the private sector for more agile innovation in areas like cyber, artificial intelligence and unmanned aerial devices.

Transforming European defense for the digital age will require strong, imaginative, risk-taking, and courageous leadership; in government and in the private sector individually and collaboratively. Right now, the emphasis on joint training across different European forces has produced a resistance to innovation – because then everyone has to adapt, and some countries have less capability or will to change.

Resolute leadership will be necessary to bring together governments, armed forces, tech, defense industry, academia, lawyers and philosophers (the latter especially when looking at the challenge of autonomous and self-aware machines). That leadership should be guided by following these seven core principles:

In considering the transformation that is now required, the analysis must start with the critical effect required, not with how conventional platforms can be augmented or enhanced. While the military status quo may have served us reasonably well, the standing presumptions about the centrality of platforms, layers of command and people in large numbers must be challenged. If it is possible to separate complex weapons from reliance on complex platforms, and if it is possible to bring people out of harm’s way and substitute machines for them, then this must be energetically explored.

Big defense industry players are cautious for obvious reasons: they will invest where they see a return based on an articulated requirement backed by planned investment. This favors sustaining current and planned equipment acquisition, even where it is facing obsolescence, over constructing the transformative propositions that will enhance defense and security – and have potentially far greater markets in prospect.

Yet there is clearly the potential here – and the need – to align fixing European defense (and NATO) through innovation that also plays a significant part in helping to meet the collective Brexit-era prosperity challenge.

General Sir Richard Barrons served as Commander Joint Forces Command, one of the six ‘Chiefs of Staff” leading the UK Armed Forces until April 2016. He was responsible for 23000 people worldwide and a budget of £4.3Bn, delivering intelligence, Special Forces, operational command and control, information systems and communications, logistics, medical support, and advanced education and training across the Armed Forces. His military career includes leadership from Captain to General on... Read More

One Reply to “European Defense Needs to Go On Offense”