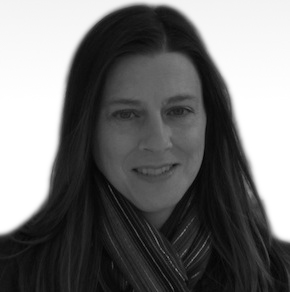 In an otherwise forgettable February 2017 interview, Fox News’s Bill O’Reilly asked Donald Trump how he could respect Russian President Vladimir Putin, who O’Reilly labeled as a “killer.” Trump shockingly defended Putin by commenting, “There are a lot of killers. We have killers. Well, you think our country is so innocent?” On a separate Fox program in 2015, Trump brushed off comments that Putin kills journalists who disagree with him, responding, “I think our country does plenty of killing too.” Trump’s tendency to attribute moral equivalence to otherwise non-comparable issues was again on display when he repeatedly blamed “both sides” for the violence in Charlottesville, Virginia.

This political tactic of deflecting answers is not unique to Trump. Indeed, it is long-favorite ploy of Soviet and Russian spokesmen. The Washington Post recently wrote an article about the issue entitled, “Whataboutism: The Cold War tactic, thawed by Putin, is brandished by Donald Trump.” Of the many practices and talking points that President Trump has seemed to borrow from Putin’s Russia, “whataboutism” is particularly insidious. As New York Times correspondent Anne O’Hare described this much-used trick, “it may not convince, but it adds to the confusion between truth and falsehood and fosters that darkness of the mind in which dictatorships operate.” When combined with Russia’s use of disinformation, bots, propaganda, espionage, cyber-attacks, Facebook advertisements, and espionage, it makes for a powerful intelligence operation.

Both authors of this piece served in the CIA and have become sensitive to a “whataboutism” charge often leveled by people across the political spectrum: “So what if Russia meddled in our election? It is exactly what the CIA does around the world.” Such suggestions—particularly from the president himself—are frustrating, to say the least. Rather than be compared to U.S. actions overseas, the Russian intelligence operation needs to be judged for what it is: a Russian attack on the United States.

At the risk of acting exactly as Russia would like, we’ll indulge the whataboutism crowd for a moment. We openly admit the CIA is an espionage enterprise, and a major component of that, as the CIA says in its mission statement, is to conduct “effective covert action as directed by the President.” A covert action—be it, for example, sabotage, the spreading of propaganda or a paramilitary operation—is designed to hide the hand of the country carrying out that action, or at least provide plausible deniability. The action itself is usually intended to have a political effect. Covert action is similar to what Russian intelligence services call “active measures.”

The president must approve every covert action through a “Presidential Finding,” and the intelligence oversight committees in Congress monitor the action.

We also openly admit the United States has participated in its share of excesses. In the early years of the Cold War, the United States overthrew governments, including democratically elected ones, and even attempted to assassinate leaders of other countries.

These are not the proudest moments of our history, which is why our democratic institutions have sought to curb such excesses and ensure our intelligence activities align with our values as a nation. Constitutional change in leadership has assured those values are constantly reassessed. The pendulum has swung over time. The 1975 Church Committee investigations of intelligence abuses put an end to U.S. government-sanctioned assassination and established the Senate oversight committee. However, the attacks of September 11 led to new excesses, the consequences of which we, as a country, are still dealing with today.

Indeed, due to increased oversight and lessons learned from earlier mistakes, the CIA has been out of the business of overthrowing governments for a long time. One can agree or disagree with the policy, but recent efforts aimed at regime change have come with a decidedly military flavor. Of course, there are consequences to any effort aimed at overthrowing a country’s leadership, but it seems the United States has come to the conclusion that it is better to do so overtly, and with allies if possible.

The key point, however, is that our society processes its blunders and takes the consequences seriously. Our covert action does not take place in a vacuum, but within a structured set of rules and laws. They are not perfect. When we see imperfections, we work to fix them. It’s not always pretty, and it doesn’t always work well (ask any field officer how many meetings with lawyers he or she had to have before undertaking even the slightest first step toward covert action). But generally speaking, we endeavor to create a better way of doing things, implementing checks and balances to control potential overreach. We keep aiming for better.

So how is Russia’s influence operation against our election different?

Russia’s influence operation is an attempt by an authoritarian regime, led by a single individual with zero oversight and who is not accountable in any way, to influence and divide a democratic society through its open, democratic election process. It is the equivalent of Russia bombing the democratic institutions of the Western world.

Putin is in a weak position. With an economy smaller than that of New York state and no vision for the country except his own enrichment, Putin has very little to offer his people. Unable to raise his country up, he seeks parity by pulling other countries down. Underlying this is a desire to consolidate and maintain power in a single central authority: Putin himself. Indeed, Putin not only attacks the democratic institutions of other countries, he even stage manages his own elections.

The Russian influence operation against our election was part of this strategy, which was also applied across Europe as several countries held elections, including in the Netherlands, France and Germany. A key component of this operation is preventing people from having a say in their own government, by spreading lies about candidates or asking what’s the point in voting at all, and by exploiting societal fractures and dividing people. Putin has needed this at home—again, because he has little to offer in terms of a vision of the future of Russia—and he is attempting to implement the same elsewhere.

In a free society, citizens have the ability to learn about their government’s actions and to debate and criticize them. Journalists, too, are free to be critical of their leaders. They can – and do – uncover CIA covert activities and critique and criticize as they wish. In Russia, this gets you killed. Putin’s government is implicated in numerous assassinations of Russian journalists and opposition figures.

In a callback to Soviet times, Putin sees both the public and private sectors as his personal foreign policy tools. He directs private companies and individuals to carry out his active measures. Troll farms spread disinformation. Hackers steal information. He has enlisted Russian media to serve as his foreign policy tool. As the editor of RT America said in an interview with The Hill, “When Russia is at war, we are, of course, on Russia’s side.” U.S. covert action, on the other hand, is authorized directly by the President and restrained by Congressional oversight. We also transfer power every four or eight years. Putin faces no such restraints.

Despite President Trump’s rants against journalists, the United States government does not dictate the content of U.S. media outlets. Even ex-spooks are allowed to speak out. John recently publicly questioned if Trump colluded with Russia, and Alex wrote a series critical of the U.S. role in overthrowing Iran’s prime minister in 1953. Can you imagine an ex-KGB officer writing a public article criticizing Putin or a Russian active measures campaign? The polonium-laced tea would be delivered directly to her hotel room.

The fundamental difference between Putin’s Russia and the United States is the key to understanding why Russia’s influence operation is different. The assignment of moral equivalence between an open society, however imperfect, and Putin’s Russia that inhibits a free press, squashes any and all opposition, and invades its neighbors is wrong, and frankly offensive to those public servants upholding the Constitution.

At the end of the day, there is a reality of right and wrong in the world. The U.S., despite its mistakes, is about a world order that serves the U.S. by benefiting all. Putin, on the other hand, seeks to interrupt and weaken the credibility of the West worldwide, fueled by the singular ambition of maintaining personal power and wealth.

Yes, the U.S. takes action overseas, but it is fundamentally different than Russia and is supported by a legal process that is answerable to the electorate. As Joel Harding commented recently on his blog, To Inform is to Influence, “In the United States we count our blessings in terms of our freedoms. Freedom of the press, freedom of speech, freedom of religion, and so on. I often ask, what freedoms do Russians have?”

The Author is Alex Finley

Alex Finley is a former officer of the CIA’s Directorate of Operations, where she served in West Africa and Europe. Before becoming a bureaucrat living large off the system, she chased puffy white men around Washington DC as a member of the wild dog pack better known as the Washington media elite. Her writing has appeared in Slate, Reductress, Funny or Die, POLITICO, and other publications. She has spoken to C-SPAN’s Washington Journal, CBC’s The National, Sirius XM’s Yahoo! Politics,... Read More

The Coauthor is John Sipher