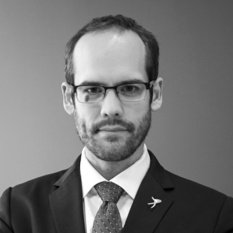 NASA has never hesitated in the face of the unknown. The space agency landed men on the moon in less than a decade. It has sent spacecraft beyond the edge of our solar system and peered into the depths of the cosmos with the Hubble Space Telescope. But now, NASA stands before a different type of unknown: The Trump Administration.

Presidential transitions are nothing new for the U.S. space program, but this one is unusual: it occurs during the largest disruption of NASA’s human spaceflight program since the 1970s.

The Space Shuttle program, which launched astronauts into space for 30 years, ended in 2011. NASA is supporting two new efforts to replace this lost ability: one is a massive rocket (the Space Launch System) and crew capsule (Orion) capable of taking humans to the Moon and beyond; the other is a first-of-its kind commercial service (provided by Boeing and SpaceX) that will send astronauts to the International Space Station.

The problem is that neither of these will be ready until late into Trump’s first term, a tenuous place to be with a new Administration looking for cost-savings across government.

This isn’t to say that the Trump Administration has demonstrated hostility to NASA. Though early on in the campaign Trump said that the U.S. needs to fix potholes before going to Mars, his campaign ultimately released an op-ed highlighting grand ambitions for the space program. It declared that its goal would be to have humans exploring every part of our solar system by the end of our century, while finding ways to reduce duplicate efforts in rocket design and in Earth monitoring. Since the election, the Trump transition and Administration has not publicly added any more detail to its broad outline. Though that has not stopped people from speculating that NASA is due for a change in direction.

NASA declares that it is on a “Journey to Mars” with its human spaceflight program. At the moment, this is more of an ambition than reality. NASA has not had the funding needed to begin serious planning and development of the hardware needed to sustain humans on the long voyage to Mars, much less land there. There is no schedule and no long-term commitments. This would allow Trump to re-orient the human space program back to the Moon without disrupting any major programs, and avoiding political fights with Congress.

And the Moon is very much in play. There is new excitement around private industry’s role in space exploration, and a commercial moon base that mines lunar ice and refines it into rocket fuel is being promoted. While this naturally aligns with the pro-business beliefs of the Trump Administration, it is unclear who, exactly, would be the customer for a lunar gas station, and NASA would still have to pay a significant portion (if not all) of the costs of its development. The Moon does have practical advantages in terms of its proximity, though it does not have the potential for the revolutionary discovery of life, as Mars does.

NASA is more than just human spaceflight, of course. Its productive and groundbreaking science directorate currently has robotic spacecraft at Mars, the Moon, Jupiter, Saturn, and beyond Pluto. It has a fleet of spacecraft monitoring the Earth, the Sun, and deep space. NASA also invests in cutting edge research in aeronautics, space technology, and computing. These missions are orders of magnitude cheaper than human missions (robots, unlike humans, can be designed to thrive in the harsh conditions of space). NASA’s science divisions also have clear, consistent direction provided by the scientific community.

But like the human spaceflight program, NASA’s science division is in the midst of building major new missions that won’t launch until late into Trump’s first term. The James Webb Space Telescope is a super-charged version of the Hubble but won’t launch until late 2018. There are new missions to search for life on Mars and Europa (a moon of Jupiter with more liquid water than Earth) but these won’t launch until 2020 and 2022, respectively. Bipartisan coalitions in Congress support all of these missions, but clear and consistent support from the White House is critical to ensure that they launch on time and on budget. Fortunately, in his inaugural address, President Trump stated that his Administration will work to “unlock the mysteries of space,” which is exactly what these missions will do.

But the best space policy in the world is no match for an empty budget.

NASA’s current budget is $19.3 billion, and it is barely enough to support its current portfolio. A recent report from the National Academy of Sciences stated that, without regular budget increases to match inflation, NASA will not be able to send humans much of anywhere beyond Earth for the foreseeable future. Major science programs have struggled for limited funding, and many exciting missions have been delayed or cancelled. Fortunately, Congress has been generous to NASA in the past few years, providing funding above the President’s requests.

While we don’t yet know exactly how the new White House will fund NASA, the overall math is not promising. With President Trump’s commitments to large tax cuts, increases in military spending, and an infrastructure bill in the hundreds of billions of dollars, the non-defense discretionary portion of the budget that funds NASA is likely to shrink. Mick Mulvaney, the new Director of the Office of Management and Budget, has already said there will be significant spending cuts in 2018 and beyond.

NASA does benefit from broad bipartisan support in Congress (its Earth Science Division being the unfortunate exception). It is not only a powerful job creator across the country, but it serves as a peaceful means of demonstrating U.S. technological and scientific capability. Given the right levels of support, NASA could be unleashed to support new markets in space and to tackle some of the deepest questions humans ask themselves: Where did we come from? Are we alone? President Trump has the ability to make these unknowns known, should he choose.

The Author is Casey Dreier

Casey Dreier is the Director of Space Policy for The Planetary Society, the world's largest nonprofit independent space organization.