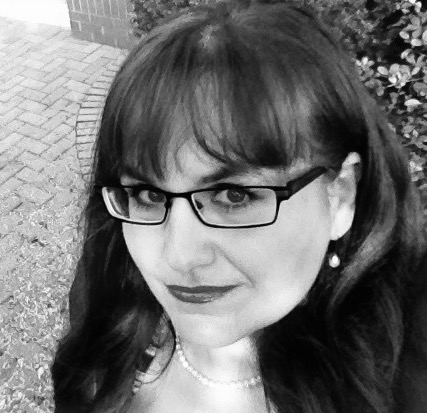 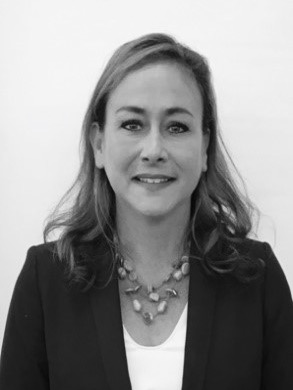 Emerging innovations within today’s most cutting-edge science and technology (S&T) areas are cited as carrying the potential to revolutionize governmental structures, economies, and international security. Some have argued that such technologies will yield doomsday scenarios and that military applications of such technologies have even greater potential than nuclear weapons to radically change the balance of power. These S&T areas include, but are not limited to, nanotechnology, including meta-materials; robotics, including lethal autonomous systems; artificial intelligence and machine learning; the cognitive neurosciences; biotechnology, including synthetic and systems biology; high energy weapons; additive manufacturing (aka 3D printing); space weapons, and the intersection of each with information and computing technologies, sometimes referred to as the converging sciences. These concepts and the underlying defense needs were articulated at the multi-national level in NATO’s May 2010 New Strategic Concept paper: “Less predictable is the possibility that research breakthroughs will transform the technological battlefield …. The most destructive periods of history tend to be those when the means of aggression have gained the upper hand in the art of waging war.”

As the United States looks to the future – whether dominated by extremist groups co-opting advanced weapons in the world of globalized non-state actors or states engaged in persistent regional conflicts in areas of strategic interest – new adversaries and new science and technology will emerge.

While the suggestion that such emerging technologies will enable a new class of weapons that will alter the geopolitical landscape remains to be realized, a number of unresolved security puzzles underlying the emergence of potentially disruptive technologies have implications for international security, defense policy, governance, and arms control regimes. The extent to which these emerging technologies may exacerbate or mitigate the global security and governance challenges that states will pose in the future to U.S., regional, and global security interests will remain an integral question as US policy-makers and leaders navigate the complex global security environment.

In thinking about the future of warfare, one often encounters two ways of thinking:  those who prioritize the role of technology and those who don’t. One must always be cognizant and skeptical of slipping into a technological deterministic mindset. That is the notion that technology alone, or is even the most important factor, can determine the outbreak or outcome of conflict. The wars of the last decade should also remind us that co-option of broadly available commercial technologies may present the most significant operational threat, e.g., cell-phone activated IEDs in Iraq and Afghanistan. At the same time, to deny or dismiss the role of technology in effecting the outcome (as well as outbreak) of war and conflict is also perilous. Neither purist ideology is manifested in the operational world.

How, when, where, and in what form the shifting nature of technological progress may bring enhanced or entirely new capabilities, many of which are no longer the exclusive domain of any single state, is contested and requires better analytical tools to enable assessment and understanding. Contemporary analyses of these emerging technologies often expose the tenuous links or disconnections among mainstream scholarship on international security, understanding of the military technological innovation and acquisition processes, and fundamental understanding of the underlying science. Currently variables and metrics are neither well-characterized nor well-quantified, particularly for specific-defense related concepts.

Conceptually, technologies can be seen as evolutionarily advancing current capabilities or those pressing to the ‘bleeding edge’ that enable disruptive, revolutionary capabilities developments. The ability to differentiate or gain insight into such has thus far not been explored or analyzed robustly with respect to strategic implications beyond a technologically-deterministic lens. The novel scientific principles that underlie the character of these uncertain technologies and their convergence with political and social institutions reveal conceptual and empirical confusion associated with assessing the national security implications. There also is palpable confusion over the technical and strategic distinguishability and dominance of prospective offensive and defensive systems.

This widespread enthusiasm for emerging technologies is reflected not only in official rhetoric but is also codified in respective national technology strategies and the global upswing of dedicated funding. Military-related programs in potential peer competitors in Asia (China), in states posing regional security challenges in the Middle East (Iran), in the former Soviet Union (Russia), and in rapidly developing areas (including South Asia, Southeast Asia, and Brazil) offer comparisons for advanced, allied states (U.S., western Europe, Japan, ROK) in order to understand the national meanings, organization, and strategic implications surrounding the development and fielding of emerging technology. As one example of the rhetoric: During a visit to the Kurchatov Institute, Russian President Vladimir Putin commented “This [nanotechnology] could be the key to developing new, modern, and super-effective military systems.” He later warned of “[a] new round of the arms race is developing in the world,” while calling for the development of Russian science, including nanotechnology, which could be used to develop new types of weapons.

Some states, such as China and those in the Middle East, that devised new technology strategies are also experiencing profound economic and societal transitions. But they differ with respect to critical socio-political and economic criteria for national prosperity and competitiveness (e.g., demography, research and development infrastructure, and resource endowments versus dependence).

The research in our recent book aims to address some of these security puzzles in order to understand and explain how emerging technologies affect strategic co-operation, conflict, and the future of security. This work explores via inter-disciplinary methods how emerging technologies reconcile with or challenge traditional ideas for national security. The potential implications of development, use, and proliferation of game-changing and disruptive technology on modern warfare can be analyzed through at least three main themes.

First, the processes that enable or restrict the adoption, proliferation, and governance of disruptive technology:  technology with the potential for disruptive applications must first be adopted, and if widespread adoption results, inter-national governance is sometimes viewed as essential in establishing norms of use and nonproliferation standards. In other cases, it is viewed as a political tool to limit US capabilities. In the overwhelming number of cases, technological advances either never make it to market or are otherwise limited in broad adoption. When a disruptive technology, such as the internet, does gain broad adoption and use, however, international norms and standards that broadly govern the technology may be slow to develop as international actors vie to lead in shaping international standards that benefit their own objectives in use. Further, the use of military technology adopted by nation states may be subject to international rules of war and further limited by constraints arising from ethical considerations in their use and interoperability concerns. As emerging technology rapidly advances, considerations of which countries will adopt these technologies, how the technologies may affect proliferation the future of warfare, and future issues related to governance are essential.

Second, disruptive technologies may pose challenges to nuclear strategic stability. As more countries develop advanced technology such as biotechnologically-enabled weapons, artificial intelligence, and machine learning, how these may affect strategic stability needs to be explored. As nuclear weapons states compete in a technological race to develop these weapon systems, the question of how they may alter or even fundamentally change the nuclear weapons balance emerges. Further, the question of how emerging technology with dual use applications may affect nuclear nonproliferation and the ease with which non-state actors might obtain weapons of mass destruction are important aspects of the emergence of these disruptive technologies. As more nations compete to gain a competitive advantage over their adversaries via technological advances, the security dilemma, known as the effect that increasing one’s own capabilities increases adversaries’ uncertainty that leads them to increase their own capabilities, becomes more prominent in the context of emerging technology.

Third, disruptive technologies will effect military capabilities and operations, such as aviation, logistics, transportation, and sustainment. After the Revolution in Military Affairs (RMA) of the 1970s whereby the US introduction of precision-guided weapons systems changed the operational nature of warfare, the US displayed the integration of this and other technologies into a new war-fighting operational concept in the 1991 Gulf War. After countries, such as Russia and China, analyzed the advancement in US military technology and operational concepts, they began developing plans to invest in their own military modernization plans. As these near-peer competitors attempt to close the gap in the US military technological prominence, the US has looked to plans for a third offset, an effort to widen this gap by investing in emerging technology, restructuring the military procurement process and establishing a more efficient and effective fighting force given the reemergence of great power competition after the end of the Cold War. The current explosion in emerging technologies offers great opportunity for the US military to maintain its competitive technological and operational advantage over adversaries. At the same time, these potentially disruptive technologies create challenges for the US and for the international community. The technological arms race that is ensuing is a reflection of these factors.

In the post-Cold War environment, two oceans and the most technologically advanced military power no longer guarantees national security. Choices made today that affect science and technology will impact how ably the US and allies can and will respond. The changing strategic environment in which security operations are planned and conducted impacts science and technology policy choices made today and affects how science and technology may play a beneficial role in the future or asymmetric obstacles to overcome. These new technologies and discoveries may significantly alter military capabilities and may generate new threats against military and civilian sectors. Understanding the implications for modern warfare starts with an awareness of the factors driving the capabilities, understanding the underlying science and the challenges of foreign policy, considering the changing nature of technological progress and the changing nature of conflict, and the relationship between science and security domestically and internationally. The importance of bridging the technical and the human domain is increasing; the challenges are organizational, strategic, and enabling the right people to implement and execute it.

Margaret E. Kosal is associate professor at Sam Nunn School of International Affairs, Georgia Institute of Technology. She is editor and contributor to Disruptive and Game-Changing Technologies in Modern Warfare: Development, Use and Proliferation (#ad)

The Sam Nunn School of International Affairs, Georgia Institute of Technology is proud to work with The Cipher Brief to bring you this ongoing series on #EmergingTechnologies and #FutureWarfare.

For more information on The Cipher Brief’s Academic Partnership Program, send an email to [email protected].  This program was created specifically to highlight the next generation of national security leaders.

The Author is Margaret E. Kosal

Margaret E. Kosal is associate professor at Sam Nunn School of International Affairs, Georgia Institute of Technology. She is editor and contributor to Disruptive and Game-Changing Technologies in Modern Warfare: Development, Use, and Proliferation

The Coauthor is Heather Regnault