In a press conference on Monday, President Donald Trump reiterated his view that meeting with other world leaders is important, and again characterized his recent meeting with Russian President Vladimir Putin as “great”.  While details of that meeting still haven’t been widely shared, the President noted four areas where he says progress was made: the future, safety, economic development and the protection of Israel.

Moscow Station turned to Cipher Brief Expert and former CIA Chief of Station Dan Hoffman to talk about President Trump’s comments that sanctions on Russia will remain “as is”, despite post-Helsinki offers between the two leaders for follow up meetings.

Hoffman – The President has characterized the summit in the most positive terms.  I think he really personalizes diplomacy and so the fact that he met with Putin, one on one, and by President Trump’s measure, established good rapport, that makes the meeting productive.  The President has not described in public, what exactly he discussed with Putin.  We still don’t know the specifics about what was discussed regarding Syria, and Ukraine in particular, but arms control as well.  We only know what President Putin and his team have said, and Vladimir Putin is not known for telling the truth.  He’s a KGB operative who’s trying to shape the dialogue and would regard the truth as of secondary importance.  What’s most important to him is twisting the dialogue in his national security interests.  So we still just don’t know, and I’m sure that intelligence is pouring in from all sources about what others think about the summit. And the intelligence community is analyzing that and it’s making its way to the President, so he can see how our allies and our enemies, including Russia, interpreted the summit.  If there’s one thing we can be sure of, it’s that President Trump is entirely comfortable taking these major foreign policy challenges on, as our head of state, whether it’s meeting with Kim Jong Un, or Vladimir Putin, or potentially Iranian President Hassan Rouhani.  That’s the way he likes to do things.

The Cipher Brief – So, we’re in a new normal now, how do we get beyond the politics, and back to the issues?  Twitter is a thing, and isn’t going away.  The intelligence work is still being done by the professionals.  How do we move forward from where we are now?

Hoffman – In a democracy, like ours, the bully pulpit really matters.  Republicans were critical of President Obama, for not calling out our enemy as they believed he should have.  In other words, radical Islamists.  He wouldn’t use those words.  They said, “rhetoric matters”, if you are fighting a war, you need to explain to our people who the enemy is, and you need to do it directly, and succinctly and with intellectual honesty.  I would argue similarly, that President Trump needs to explain to the American people what his strategies are for Russia, Iran and North Korea.  You can argue that we’ve had lots of discussions and he has described his strategy for North Korea, he’s described his strategy for Afghanistan, for counter-terrorism.  People may or may not agree with those strategies, but our enemies, our allies and our citizens all know what our strategy is in each of those cases.  For Iran as well, I think we’ve outlined what our strategy is there.  Secretary of State Mike Pompeo eloquently outlined it at the Reagan Library last week.  But President Trump has not really outlined his Russia strategy.  He hasn’t given that speech about Russia, where he says, in summary, here is where we can work with Russia, and here is where we need to counter and deter them and make them pay for their aggression.  And, some might argue based on the latest polls, which appear to demonstrate that the American people don’t care as much about Russia, I would argue that it would behoove the President to unite us, before we face the consequences of Russia’s efforts to tear us apart.  And there’s no doubt in my mind, that the prize for Vladimir Putin is the Republican Party.  It’s Donald Trump’s Republican Party.  He doesn’t like Democrats, and he doesn’t like Secretary Clinton, but he really doesn’t like the Republican Party of Ronald Reagan that was responsible for tearing down the Soviet Union.  That was the greatest geo-political disaster of the 20th Century for Vladimir Putin, so he’s trying to divide the party.  I would argue that many of his discoverable influence operations, including the allegations against Maria Butina.  All of her postings were discoverable.  I’ve read her posts on the Russian version of Facebook (VKontakte), I’ve seen the notes she’s written back home, all of that stuff is discoverable, including the bidding she is accused of doing on behalf of Torshin, who is so deeply connected to Putin’s regime.  She denies the allegations against her.  The larger point is that the Russians are trying to establish close relationships with segments of our population, the NRA, the Church, in a way that allows them to establish common interests, which is a classic espionage ploy, and then exploit those common interests to support their own warped national security goals.  In this case, I think it’s to drive a wedge within the Republican party.  So there will be a lot of people in the Republican party who may say, ‘look this Russian is supporting gun rights, I’m in favor of that, so I’m ok with that.  I want to have some sort of relationship with them.’  Whereas other Republicans like Senator John McCain or Governor Mitt Romney think it’s not such a good idea, and want to hold Russia accountable for their nefarious attacks on our country, including espionage.  Putin knows that by injecting this virus into the Republican party, he might spark some internal division.  That’s what I think is going on.  There’s value for President Trump to speak to his base and the Republican party writ large on what Putin is trying to do.  And not hold back on opportunities to work together on issues like arms control for example, or tactical de-confliction in Syria or continuing the sanctions against North Korea, but at the same time, recognizing what Russia is trying to do against the United States, and what the plan is to deter it.

The Cipher Brief –  We’ve now had first reports of potential hacking by Russia when it comes to November’s mid-term elections as well as renewed reports of their activities focused on U.S. critical infrastructure.

Hoffman –  When the Director of National Intelligence says the system is “blinking red”, it’s probably blinking red.  When the guy who is actually reading the intelligence every day, (that’s called indications and warnings), I pay attention.  Now we need to hear from somebody, preferably the President, in a short speech, to tell us what’s going on and what we’re doing about it.  I think that’s important for us to all understand.  That’s the value of the bully pulpit.  When the National Security Advisor, Ambassador John Bolton said that Russia’s cyber attacks were the equivalent of an act of war, that means that we need to have a policy statement from President Trump on what was discussed with Putin, and what is our relationship with Russia, and how are we handling this.  This is also an attack on our private sector, they are not attacking the government in the sense of launching an attack on a military base, they are launching attacks on our voting installations, and our social networking and media sites.  Franklin D. Roosevelt was way out in front of our citizens in his strong belief that we needed to join forces with our allies, particularly the UK, to counter Nazi aggression in Europe.  It took time for him to rally the country behind that cause, but that was an example of great leadership in the face of an overwhelming threat, and that’s what great leadership is all about in my view.

Daniel Hoffman is a former senior officer with the Central Intelligence Agency, where he served as a three-time station chief and a senior executive Clandestine Services officer. Hoffman also led large-scale HUMINT (human intelligence gathering) and technical programs and his assignments included tours of duty in the former Soviet Union, Europe, and war zones in the Middle East and South Asia. In addition, Hoffman served as director of the CIA Middle East and North Africa... Read More 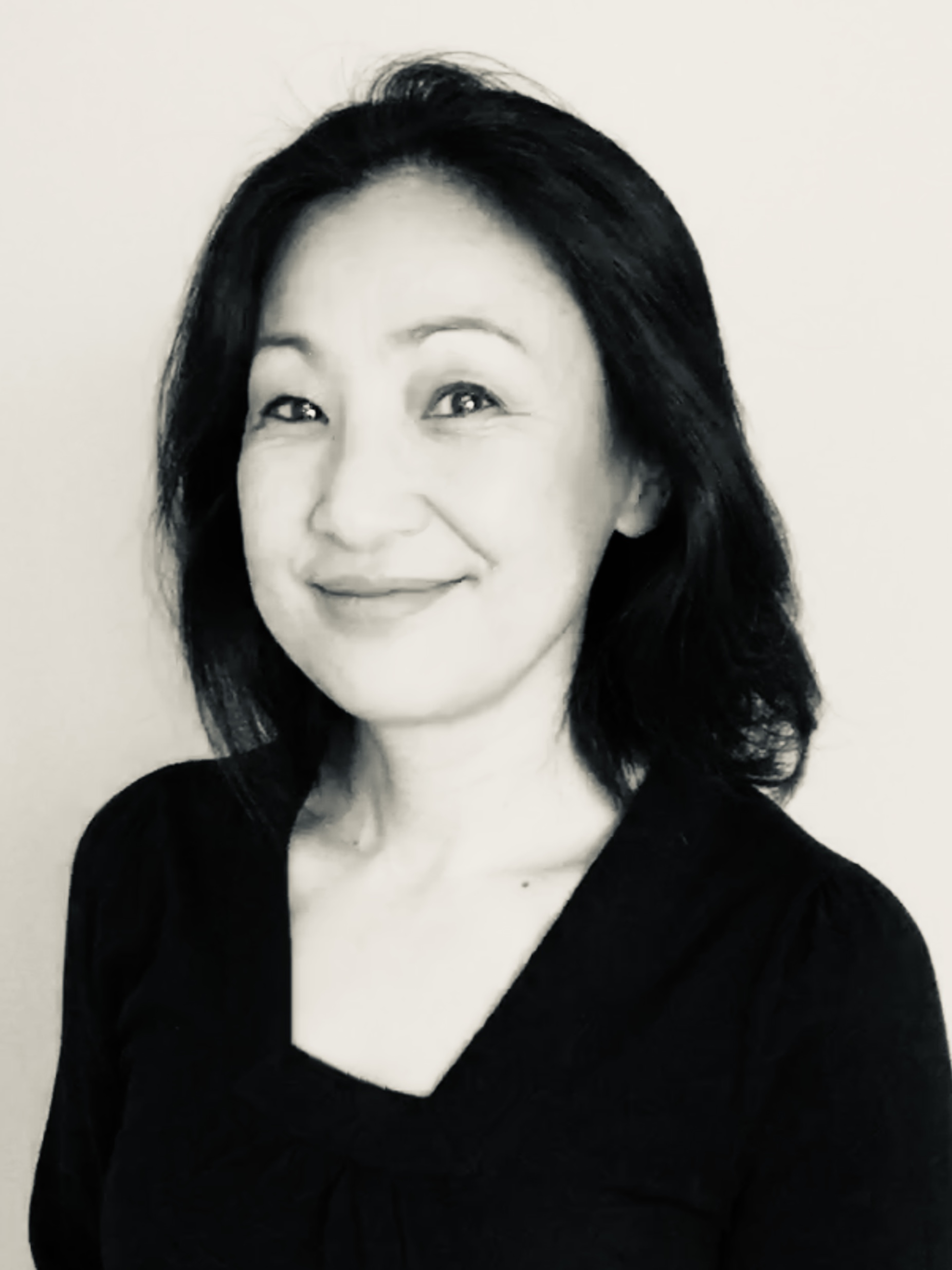