Iran is pursuing a strategy in Iraq similar to that which it employed in Lebanon, where it built Lebanese Hezbollah into a major military and political force. Hezbollah has become a ‘kingmaker,’ determining who occupies key leadership positions in the Lebanese government. Similarly, with Iran’s extensive assistance, several Iraqi militias and their commanders are emerging as major factors in Iraqi politics. To ensure their growing influence, Iran is pressing for the appointment of an Interior Minister who would not strictly enforce laws curbing militia influence. There are an estimated 100,000 Iraqi Shi’a militiamen, collectively known as Popular Mobilization Units (PMUs), most of which belong to Iran-backed groups. Even though the so-called Islamic State was declared ‘defeated’ in Iraq at the end of 2017, and despite a 2016 law requiring the militias to fold into the national military command structure, the Iran-backed Iraqi Shi’a militias have retained their independent capabilities and command structure.

The Shi’a militias provide Tehran with substantial leverage over Iraqi leadership, but also against the United States. Iran has directed its Iraqi militia allies to advocate the withdrawal of U.S. troops from Iraq. Iran has supplied some of these groups with an Iran-designed ‘Improvised Rocket Assisted Munition’ (IRAM) that can penetrate armor and contributed to the deaths of several hundred U.S. military personnel between 2003-2011. In late 2018, Iran also reportedly transferred short-range ballistic missiles to one of its closest Iraqi militia allies, Kata’ib Hezbollah (KAH, Hezbollah Brigades), with ranges potentially able to reach Riyadh if fired from southern Iraq. In Iraq, Iran is following the same playbook it used to build up Hezbollah in Lebanon. Iran has deployed members of its Islamic Revolutionary Guard Corps – Qods Force (IRGC-QF), the arm of the IRGC that supports regional allies, to Iraq to advise the Iraqi militias and arrange weapons shipments. Iran is said to provide well over $100 million per year worth of equipment to the Iraqi militias, with figures running to perhaps $1 billion per year immediately after the 2014 Islamic State offensive in Iraq.  IRGC Major General Qasem Soleimani frequently meets with Iraqi Shi’a militia leaders.
Iran’s success in Iraq is evident from an analysis of three key Shi’a militias and their commanders:

KAH, which has about 20,000 fighters, is closer to the IRGC-QF than any other Iraqi Shi’a militia, perhaps explaining why the U.S. State Department designates it as a Foreign Terrorist Organization (FTO). The commander of the KAH, Abu Mahdi al-Muhandis, was an operative of the pro-Iranian Da’wa party during Saddam Hussein’s rule. He formed KAH in 2006 to oppose the U.S. military presence in Iraq. Muhandis is also deputy leader of the entire PMU force, a perch from which he advocates a U.S. withdrawal from Iraq.

The leader of Asa’ib Ahl Al Haq (AAH, League of the Family of the Righteous), Qais al-Khazali, holds one of twelve seats the faction won in Iraq’s May 2018 national assembly elections. Khazali led a small Shi’a militia group when he was captured by U.S. forces following a 2007 raid that killed five American soldiers in Karbala. After his release in 2010, Khazali took refuge in Iran, returning to Iraq in 2011 to take command of the newly formed AAH, which now boasts approximately 15,000 fighters. The Trump administration reportedly is considering naming AAH as an FTO as part of its effort to press Baghdad to curb Iranian influence in Iraq.

The Badr Organization, the oldest Iraqi Shi’a militia and which fields about 20,000 fighters, was formed by the IRGC as a rearguard effort against Saddam Hussein’s regime during the 1980-88 Iran-Iraq war. The Badr Organization supported the 2003 U.S. military intervention in Iraq as a means of achieving Shi’a rule, and it immediately joined the political process. Its leader is Hadi al-Amiri, whose ‘Conquest’ political coalition won the second-highest number of seats in the May 2018 Iraqi election, positioning Amiri to wield significant influence in Iraqi politics.

The growing strength of the Iraqi militia commanders has institutionalized Iran’s influence in Iraq, no matter the level of U.S. military presence there. Attempting to push back Iranian influence in Iraq and wary of the potential for the Iran-backed militias to attack U.S. forces, the Trump administration is reportedly considering new steps to press Baghdad to curb the militias’ influence. The administration is apparently considering additional sanctions on the militias and their sponsors in Tehran, possibly including naming the IRGC-QF itself as an FTO. However, such new steps risk a rift with the Iraqi leadership that relies on militia strength and depends on Tehran economically and politically. Finally, there are reports that the Pentagon is concerned that designating IRGC-QF could endanger U.S. troops and intelligence officers who would be put at risk of retaliation by foreign governments. 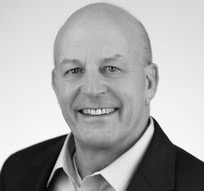