India and Pakistan have fought several wars and engaged in numerous smaller skirmishes over the long-disputed Jammu and Kashmir region. The territory has remained a volatile flashpoint between the nuclear-armed adversaries. Tensions over Kashmir have reached an apex in recent weeks, after the early August announcement by India’s Home Minister, Amit Shah, that the Indian government was revoking Article 370 and its associated Article 35-A of the Indian constitution, which afforded the Kashmir region a semi-autonomous status. As a result, the region will be split into two parts and both will be ruled directly by New Delhi as ‘Union Territory.’ New Delhi says the decision is purely an internal matter as the line of control (LOC) between India and Pakistan, and the borders of Kashmir overall, will not change.

The timing was unexpected, even as India’s ruling Bharatiya Janata Party (BJP), led by Prime Minister Narendra Modi, has referenced the revocation of Kashmir’s semi-autonomous status at various points to rally his political base; indeed, the BJP campaigned on a platform that included changing Kashmir’s status. That status, enshrined since 1949, provided Kashmir with control over all matters except foreign and defense affairs and gave the region its own flag and constitution. The BJP claims that Kashmir’s semi-autonomous status has prevented the region from being economically and politically integrated with India. Many others see the move as a way to change the demographics of Kashmir from a Muslim-majority state to one characterized by a Hindu-majority. Under Modi, the Indian government has become more openly Hindu-nationalist, a worrisome trend in such a diverse country. Before making the announcement, the government shut down communications, including Internet access, throughout the territory. Additional troops were deployed to the region, and there was an exodus of people due to the rapid spike in tensions and the uncertainty surrounding what might happen next.

Pakistan has reacted predictably to the recent developments. On August 07, Islamabad downgraded diplomatic relations with New Delhi, recalling its top diplomatic official, and also moved to suspend bilateral trade. The level of bilateral trade between the two rivals is not significant, but the move could easily expand into other areas. Of more concern is the rhetoric from politicians and government officials. During a speech to the Pakistani Parliament, Science and Technology Minister, Fawad Chaudhry, denounced India as a ‘fascist regime.’ He pointedly stated that Pakistan could not let Kashmir become another Palestine and said, ‘we have to choose between dishonor and war.’

Armed conflict is not beyond the realm of possibility, especially given the intensity of public sentiment and the history of conflict between Pakistan and India. The Kashmir region is already one of the most heavily militarized regions in the world, and it will take serious effort by political leaders to keep the conflict from escalating further. The U.S. has little ability to influence events in South Asia, and relations between Islamabad and Washington have been trending negatively for years, especially as the U.S. has moved closer to New Delhi. Pakistan has been strengthening its ties to Russia and China, and will likely seek their help over Kashmir. Pakistan is expected to raise the issue of Kashmir to the UN Security Council, where the U.S., Russia, and China will stake out their own positions. 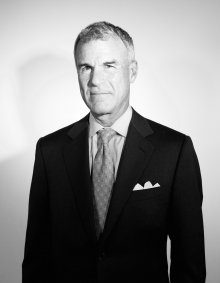