The key to understanding the remarkable developments over North Korea in recent weeks is that the two Koreas have been working jointly to manage the perceived risks from the United States and China. This cooperation has been managed on intelligence channels often employing relationships forged during the Sunshine Policy over a decade ago. However, the North Koreans are much more hardened and experienced than their South Korean and U.S. counterparts.

One has to feel sorry for U.S. Secretary of State Rex Tillerson. Speaking in Addis Ababa last week, he said, “In terms of direct talks with the United States … we’re a long way from negotiations.”

Only hours later, the South Korean delegation visiting the White House announced that President Donald Trump would meet the North Korean leader Kim Jong-un. So how was this remarkable coup achieved?

Full credit must go to the South Koreans. Alarmed that the United States might conduct a pre-emptive military strike against North Korea, they used the Winter Olympics as a springboard to renew the inter-Korean dialogue, which has been largely dormant since the Sunshine Policy ended in 2008.

Many members of President Moon Jae-in’s government had played roles in the Sunshine Policy, that ran from 1998 to 2008, and some of them remain convinced that their efforts were undermined by the United States. Others have commented in private about the sense of shared nationhood which existed at the time and continued briefly afterwards in the form of a back-channel between Seoul and Pyongyang. This was the spirit which Kim Jong-un evoked when he spoke on March 5th of “fellow countrymen of the same blood” and of compatriotism.

For South Korea, the efforts of the past few weeks have been directed towards creating a joint position with North Korea to manage the dangers presented by an unpredictable government in Washington. This has meshed neatly with North Korea’s short-term objective; to extricate itself from the stranglehold of China, which (also fearful of a U.S. strike) had begun to impose ever tighter sanctions. Thus the two Koreas have been working together to manage the threats from their respective global protectors.

By resorting to Kremlinology (by which Cold War analysts would study Soviet events to deduce leadership dynamics), one can see that this latest surprise development was set up on intelligence – not diplomatic – channels.

At the formal dinner at Pyongyang on March 5th, Kim Jong-un was accompanied by his wife Ri Sol-ju and his sister (who had attended the opening ceremony of the Winter Olympics) Kim Yo-jong. However, the two key attendees were Kim Yong-chol and Ri Son-gwon.

The former was the elderly former general, who attended the closing ceremony at Pyeongchang and could be seen sitting behind Ivanka Trump. His formal title is “Director of the United Front Department,” which is a Workers’ Party (not government) function responsible for policy towards South Korea and for intelligence. For 7 years until 2016, he was also in charge of the “Reconnaissance General Bureau,” which is a combination of North Korea’s military intelligence and Special Forces.

In short, Kim Yong-chol is both the key player on South Korean affairs and North Korea’s top spy-chief. Ri Son-gwon is chairman of the “Committee for the Peaceful Reunification of the Fatherland” (CPRF), which is also a Korean Workers’ Party function that originally had the purpose of fomenting a Communist takeover in South Korea.

Equally interesting was the South Korean delegation. It was headed by Chung Eui-yong. He is Moon’s National Security Advisor based at the Presidential office (Blue House) in Seoul.

The key member, however, was Suh-hoon, the head of South Korea’s National Intelligence Service (NIS). Crucially, he was a supporter of the Sunshine Policy and spent two years living in North Korea in the late 1990s. His NIS deputy Kim Sang-gyun also attended the dinner as did Chon Hae-song, vice minister for Unification.

So the two delegations were carefully matched with unification, national security and intelligence as the key roles – but there is an important imbalance. Whereas the South Korean team are idealistic exponents of soft power, the North Koreans include hard-line veterans who have been employing hybrid warfare for decades.

Once we recognise that intelligence channels were used to develop a joint Korean position and to send the message to Trump, it also becomes evident why Tillerson was caught flat-footed. This leads to the question of what channel the South Koreans have been using to the White House. The use of intelligence channels would normally suggest CIA involvement, but the NIS may have judged that the CIA relationship with the White House links is unreliable in the wake of the allegations of Russian interference in the 2016 U.S. presidential elections.

A potential answer is provided by the visit of Ivanka Trump to the Olympics closing ceremony. Nobody has yet suggested that she met the veteran Kim Yong-chol, although his visit to South Korea takes on renewed significance now that we know what has ensued. He doubtless set up the visit to North Korea by the Seoul delegation and probably worked on the policy content with his NIS counterparts. At the very least, Ivanka Trump’s attendance must have provided Moon with a direct communication channel to President Trump.

Of all the parties to the Korean imbroglio, the most worried must be China. The probability is that Beijing has been caught unawares by the speed of recent developments. China will be wondering what Pyongyang might be prepared to offer President Trump and vice versa. Beijing will know that the withdrawal of U.S. forces from South Korea if off the table, but not much beyond that. This is the sort of policy uncertainty which Beijing abhors.

Setting up the meeting between Kim Jong-un and Trump has been a remarkable achievement by Seoul. However, the key question is whether they have also crafted a set of proposals which will ensure the success of that meeting. Seoul has doubtless calculated that both Kim and Trump have vested interests in the success of the first meeting. But Seoul too must worry that the inexperienced US team could be outmanoeuvred by the North Koreans. 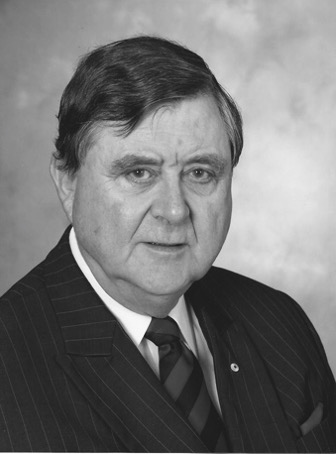