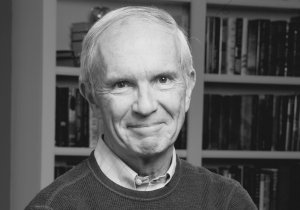 The sixteen months since Salman bin Abdul Aziz became king of Saudi Arabia have been stressful times as the Kingdom has faced economic and strategic challenges as well as strains in its critical partnership with the United States.

Plummeting oil prices have forced the Kingdom to postpone construction projects, reorganize the government, curtail aid to students abroad, and raise prices for electricity and gasoline. Laid-off and unpaid laborers staged angry demonstrations, torching buses. The war in Yemen has become a costly quagmire. Islamic State militants have attacked security guards and Shiite mosques, and stepped up recruitment. Riyadh is no closer to achieving the ouster of Syrian President Bashar al-Assad than it was two years ago. The Kingdom’s region-wide confrontation with Iran has only intensified.

But Saudi Arabia has been the most stable country in its part of the world for 80 years, and even today it is more secure, orderly, and prosperous than most of its neighbors.  The gloomy and even calamitous outcomes that many analysts have been predicting did not come about, and there is no imminent threat to the al-Saud regime’s control.

There has been little public outcry against the spending cuts or against the carnage in Yemen. The power struggle that many analysts predicted between Crown Prince Muhammad bin Nayef and his young cousin, Deputy Crown Prince Muhammad bin Salman, a son of the king, has not materialized, at least not in public. And the price of oil, which dropped below $30 per barrel for a brief time last winter, ticked back above $50 in late May. Just as the Saudis expected, the global price drop has resulted in falling production in higher-cost countries elsewhere, including the United States, and industry analysts predict that the price will continue to inch upward as reserve stocks dwindle.

This is not to say that the Kingdom is out of the woods. Its longstanding and well-known structural problems – unemployment, housing shortages, reliance on imported labor, inferior education even at university level, and excessive dependence on oil revenue —  have not been solved. It is possible, perhaps likely, that the ambitious “Vision 2030” plan for economic diversification and growth introduced by Prince Muhammad bin Salman in his capacity as chairman of a government-wide committee on economic and energy policy will not amount to much, like its many similar predecessors. It is also possible, though less likely than it appeared last fall, that rivalries within the ruling family may split and weaken the regime, as happened in the 1950s.

King Salman is 80 years old. Shortly after becoming king, he designated Muhammad bin Nayef, a nephew, as crown prince. Muhammad bin Nayef , 57, is also Interior Minister, a position that gives him control of the police and some other domestic security forces. He has no male heir, but the Saudi throne does not pass through primogeniture; it is negotiated within the ruling family. The only prince more powerful than Muhammad bin Nayef is Muhammad bin Salman, about 31 years old, who besides being head of the economic policy committee, serves as minister of defense, a position that makes him responsible for the Saudi intervention in Yemen’s civil war.

Unlike Muhammad bin Nayef, who has worked closely with the United States for years in the struggle against al-Qaeda and the Islamic State, Muhammad bin Salman was virtually unknown outside the kingdom. His sudden accumulation of power, his youth, and his reported ambition have touched off endless speculation about whether he is trying to persuade his father to dump the current crown prince and install his young son as first in line for the throne. The speculation reached its height in September when the Washington Post and the Guardian published letters from an anonymous prince criticizing the king and the young deputy crown prince.

The only knowable fact, however, is that the internal workings of the ruling family are entirely opaque, even to Saudi citizens. U.S. officials who traveled to Riyadh with President Barack Obama in May—when Saudi Arabia and the United States papered over their differences—said the two Princes appeared to be working well together, with no evidence of disharmony. Muhammad bin Salman has impressed many who have met him with his energy, his apparent determination to rectify the kingdom’s structural shortcomings, and his willingness to try new ideas.

The young prince is now in overall charge of Saudi energy policy, and he has made clear that the kingdom’s oil marketing strategy will not change:  the Saudis want to maintain their share of the global oil export market, which has held steady at about 13 percent since the 1990s, regardless of price.

There is no doubt that the Saudis took a serious hit when oil was in the $35 range, drawing down their foreign reserves and taking on external debt for the first time in a generation. But now, according to reports in the trade press, the kingdom’s spending reductions have reduced its “break even point”—the price at which its budget is balanced—to $66.70 per barrel from about $95 a year ago. That is still well above the current market price, but the gap is narrowing as higher-cost producers in the United States, Canada, and Brazil cut back. The U.S. Energy Information Administration projects that U.S. production will decline from 9.43 million barrels per day in 2015 to 8.04 million in 2017. In the meantime, the lower prices have inflicted economic pain on Iran and on Russia, the two principal supporters of the Assad regime in Syria, which to Riyadh is a happy side-effect of its pricing policy.

The Author is Thomas Lippman

Thomas W. Lippman is the author of Saudi Arabia on the Edgeand an adjunct scholar at the Middle East Institute.    He was a correspondent at the Washington Post for 33 years, 1966-1999.