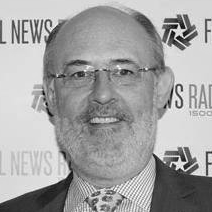 My late mother served as a sergeant in the Women’s Army Corps during World War II. She was nearly killed in 1944 by a “buzz bomb” – think German UAV (unmanned aerial vehicle) – that destroyed the London building in which she worked and literally vaporized two of her office mates.  As you might imagine, Mom brooked little nonsense raising a young, often-squabbling son and daughter in mid-20th century suburbia.  “Grow up and get along,” Mom would snap at us when we were fighting.  Every time I hear someone from Washington or someone from Silicon Valley complaining about the other, I am reminded of my mother’s words – grow up and get along.

If you had to pick two nearly opposite cultures, Silicon Valley and Washington DC are it. The former is new, entrepreneurially brash, libertarian, and a child of the open and easygoing lifestyle of the West Coast. It’s also strongly internationalist and driven by money as a metric — and has loads of money made sometimes too easily in a market less devoted to results than “flipping a company” to gain more money. Still, it has become the creator and driving force of arguably one of the greatest technological and innovative bursts in mankind’s history.

In contrast, Washington is a staid place that is hugely powerful – arguably the capital of the most powerful nation on the planet for 70 years. It is filled with people drawn from around the country who are lawyers, social and hard scientists who do their best not to “stick up” from their surrounding fellows. Well established, it is a place of bureaucracy and order. Progress is not measured in money and quick results. It is measured in holding office and position – both of which provide power. It is also measured in compromise and a balancing of different interests for what is determined to be for the “public good.” Speed of decision is not its forte.

Not unexpectedly, the first 15 years of the 21st century have constituted a long, drawn-out sniping war between the two places. Washington pursues its national interests and Silicon Valley pursues its international interests. Washington thinks in terms of regulation and regards cyberspace as a public utility to be overseen. Silicon Valley loathes the DC oversight and fears the damage to its international business and independent spirit.

As time moves forward, however, both sides are grudgingly beginning to see some common ground. While they argue vehemently over the use of encryption to secure cyber space, both DC and Silicon Valley recognize the constant barrage of cyberattacks as bad for public confidence.

Moreover, despite their internationalist viewpoint, Silicon Valley is beginning to feel the pinch overseas from nations who are not so happy about the free sharing of information or lack of control over content. As Facebook and Twitter are finding, for instance, China, Russia, Brazil, and UAE are not as welcoming to their efforts. Even India – the largest open market in the world now that China has stepped hard to regulate cyberspace – is balking at various proposals by Silicon Valley to break open India’s cyber world. These are arenas where the U.S. government can help, if not necessarily solve, the challenges by pushing for international standards of openness and trade.

From the U.S. Government standpoint, it is woefully behind the rest of the world – indeed the country – in terms of its own cybersecurity. The largest data leaks in the world have taken place in the U.S. Government – from NSA’s Snowden to the Office of Personnel Management leaks. Moreover, nation states and non-nation states — like China, Russia, and innumerable private hackers with various agendas – have stripped sensitive technological information out of our most important projects. It desperately needs Silicon Valley’s expertise to move beyond its 20th century, hide bound hierarchical structure and comprehensively adapt Silicon Valley’s new technologies and some of its spirit.

As the Trump Administration moves forward with its cyberspace policy, it is crucial to get these squabbling parties together and encourage relationships between the two, taking the best of both. The laissez-faire attitude of Silicon Valley has to bend somewhat to U.S. Government guidance and protection.  And the U.S. Government simply has to stop overregulating with multiple agencies providing confusing messages and contacts with the private sector.

DC and Silicon Valley may not be able to stand one another.  They may disagree vehemently over policy.  But, for the sake of the United States and all its cyber citizens, they need to grow up and get along.

The Author is Ronald Marks

Ron is currently President of Intelligence Enterprises, a national security-consulting firm composed of a network of former senior national security officials. Ron spent 16 years with the Central Intelligence Agency. During that time, he occupied a number of increasingly senior positions ranging from clandestine spy to Senate Liaison for five Directors. These positions include Special Assistant to the ADCI for Military Support, U.S. State Department Program Director for Law Enforcement... Read More