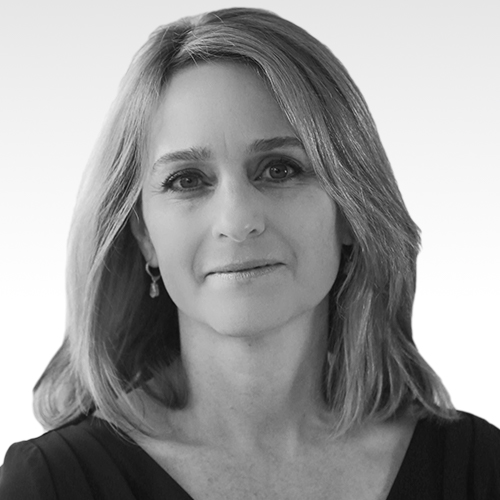 Kathleen HicksFormer Principal Deputy Under Secretary of Defense for Policy 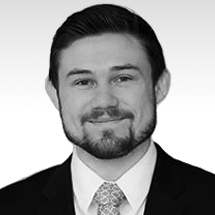 ‘The Homeland’ is part of a dedicated series of Cipher Brief columns focused on examining the full range of threats to U.S. national security.

The United States is reawakening to the Russia threat. Indeed, it would be hard to sleep through Vladimir Putin’s brazen tactics. Although American media has shined a spotlight on Russia’s active interference with U.S. elections, its aggression in other areas has received less notice. Russian out-of-area military activity, including near the U.S. and Canadian border, is a challenge as formidable and active as it has been since the end of the Cold War.

Russian air and maritime threats to the homeland include conventional and nuclear-capable platforms. The Russian long-range strategic bomber threat is presently antiquated but modernizing. Its Air Force currently relies on the same platforms it developed during the Cold War—the TU-95 Bear and TU-160 Blackjack, but it is expected to receive an entirely new fleet of upgraded TU-160 replacements. The Russian maritime fleet includes a submarine force rivaling most others in the world, including its  new Severodvinsk (or Yasen) class nuclear-powered attack subs and upgraded Oscar II  nuclear-powered guided missile subs. Russia has also increased its investment in advanced ballistic and cruise missiles that these and other platforms can carry. This combination challenges U.S. defenses, particularly given the advanced Russian submarine force’s sophisticated ability to avoid detection, even near the continental United States.

In keeping with his flair for the dramatic, Putin unveiled purportedly ‘unparalleled’ new nuclear capabilities during his March state of the union address. One such system is the Kanyon nuclear torpedo, a long-range autonomous underwater drone, which could present a new maritime threat to coastal U.S. cities. Another, the SS-X-30 Satan II, is a liquid-fueled intercontinental ballistic missile (ICBM) with supposedly limitless range. Russia claims that the SS-X-30 will be able to release smaller warheads that can glide close to the ground at hypersonic speeds, a feature that would prevent any current U.S. system from intercepting the warheads before they reached their targets. If these systems exist, and their capability matches their hype, the United States may be challenged to provide effective countermeasures.

Complementing Russian military capability advances that threaten the U.S. homeland is its pattern of violating international agreements and treaties that govern state air and maritime activity over and near U.S. borders. Russia and the United States continually monitor each other’s activities and capabilities with flyovers, or by sailing surveillance vessels or submarines along the other’s coastlines. The primary treaty governing aerial surveillance between the United States and Russia (and 32 other signatories) is the Treaty on Open Skies, which establishes conduct for unarmed observation flights allowing observation with up to four types of sensors, as well as minimum and maximum altitudes and flight distances for pre-approved surveillance missions. In general, Russian flyovers of the United States and other out-of-area activity have increased in recent years, particularly since its annexation of Crimea in 2014. These activities reached record highs in 2014 and 2017; so far, they are on track to decrease in 2018, but time will tell if that trend continues.  Last year, U.S. F-22 Raptors and Canadian CF-18 Hornets intercepted the Russian TU-95 several times, including two TU-95s near Alaska last April and May. These upticks in Russian violations of airspace norms have led some policymakers to call for harsher responses to Russian activity and a clampdown on U.S.-Russia relations, even urging the United States’ withdrawal from Open Skies as a lever in the relationship.

At sea, the Prevention of Incidents on and Over the High Seas (INCSEA) governs a variety of maritime encounters between Russia and the United States. INCSEA establishes processes to avoid collisions in military-to-military encounters, establishes safe distances for surveillance, and prohibits simulated attacks against rival targets. To date, these norms have prevented major at-sea incidents between the two nations. Although the United States has detected Russian submarines and other surveillance vessels like the Viktor Leonov near the U.S. coast, there appear to have been fewer incidents of these vessels entering as far in as U.S. or Canadian territorial waters. This is not to say, however, that Russia has maintained good maritime behavior in waters near or important to North America. The United States and Canada remain highly concerned about the ability to secure sea lines of communication, especially given Russia’s aggressive probing of undersea cables in the Atlantic, targets that, if severed, could cut the United States and Canada off from global communications.

Responding to the Russian aviation and maritime threat, the United States and Canada have made significant strides since the end of the Cold War. In 2007, Canada launched a program to modernize the Halifax class frigate (a vessel without a counterpart in the U.S. Navy) to improve its ability to conduct anti-submarine warfare along our shared coasts. Just this year, the U.S. Navy reestablished the 2nd Fleet to assist in the defense of the East coast and North Atlantic, while NATO also established its new maritime Joint Force Command for the Atlantic in Norfolk, VA. The United States and Canada have also begun to discuss new options to replace the current North Warning System—a network of unmanned early warning radar systems at NORAD—as well as ways to deal with threats that we currently cannot (successfully) counter, including hypersonic, ground skimming cruise missiles or missiles launched in meeting submarines off our coast. A notable gap remains in cruise missile defense and so-called low, slow flyer threats. Moreover,  with polar ice caps melting and Russia continuing to militarize in the Arctic—where it has “more bases north of the Arctic Circle than all other countries combined”—there is increasing demand on U.S. and Canadian forces to be able to defend new areas of approach that may emerge.

Even as the United States catches-up to the threats posed by Russian election interference and aggression in Europe, it should apply equal diligence and urgency to ensuring American territory is protected from emergent Russian capabilities and activities. Russian actions that threaten the security of North America—as well as their advances in missile technology and Arctic military buildup—are on the uptick. These indications and warning signs are visible now, and we should be heeding them. The United States and Canada cannot afford to kick the Russia homeland defense problem further down the road.

The Author is Kathleen Hicks

Kathleen Hicks is senior vice president, Henry A. Kissinger Chair, and director of the International Security Program at CSIS. Dr. Hicks is a frequent writer and lecturer on geopolitics, national security, and defense matters. She served in the Obama administration as principal deputy under secretary of defense for policy and deputy under secretary of defense for strategy, plans, and forces. She led the development of the 2012 Defense Strategic Guidance and the 2010 Quadrennial Defense... Read More

The Coauthor is Michael Matlaga