As they strolled on the beach at Dalian earlier this week, Xi Jinping and Kim Jong-un had a lot to discuss.

China’s idea of the perfect Korean settlement is simple: North Korea should denuclearise completely in return for the withdrawal of all U.S. forces from the peninsula. In one stroke, China would solve the problem of its tiresome neighbor’s outsize military ambitions and capabilities and—more importantly for Beijing—reduce Washington’s influence and interest in northeast Asia. This was doubtless the deal which Kim Jong-un was encouraged to negotiate by Xi during his visit to Beijing in late March 2018. And, of course, this was what Kim was thought to mean by “phased, synchronized measures to achieve peace [and] the issue of the denuclearization of the peninsula.”

This is also the settlement which would alarm the Japanese and, once upon a time, would have appalled Seoul. But Seoul’s view has changed significantly. Earlier in the present crisis, before the Winter Olympics, it seemed likely to South Korean President Moon Jae-in’s government that the United States was on the brink of launching a pre-emptive military strike against the North. It was Seoul’s conviction that this would be disastrous, combined with a sense of powerlessness at their evident lack of a veto against US action, which led Moon to reactivate the dormant back-channel with Pyongyang.

With its fascination for the two mavericks, Trump and Kim Jong-un, the world’s press has tended to ignore the pivotal role played by South Korea over the past three months. Four key motives have driven Seoul’s diplomacy.

The first is that the world has fundamentally changed since the days of the Sunshine Policy. China is now a superpower and is the primary power in North East Asia. Whatever solution to the Korean imbroglio is found it must be, in Seoul’s calculation, acceptable to Beijing. Good relations with China are now seen as an essential plank of South Korean foreign policy.

Second, whilst the alliance with the U.S. is seen as a net positive, the American troops on South Korean soil are no longer seen as desirable. Their presence both limits Seoul’s diplomatic and political freedom whilst also circumscribing its sovereignty. The hostility in the discussions with Washington over trade have further tipped Moon towards seeing the U.S. relationship as a mixed blessing.

Thirdly, whilst South Korea would prefer for the North to denuclearize, it can nonetheless live with a nuclear North Korea. It has already done so for 12 years and has no serious concern that Pyongyang would use a nuclear weapon against fellow Koreans in the South. For Seoul, the much bigger fear is of an American strike against North Korea which ends up with Seoul being targeted by North Korean artillery and covert attacks mounted against southern infrastructure.

And finally, President Moon has identified now as the moment to act, with the South Korean right-wing is in complete disarray following the conviction and imprisonment of former President Park Geun-hye and the corruption allegations against Lee Myung-bak.

This window of opportunity has propelled Moon’s government into a helter-skelter of diplomatic activity through the Winter Olympics to the masterly Korean Summit of 27th April. The whole event betrayed clear signs of having been pre-arranged in every detail. Consider for example what the international press described as the “unscripted” step into North Korea by President Moon at Kim’s invitation. The slightest hesitancy by the Southern leader would have been a public-relations disaster; so this gesture too was obviously pre-arranged. In fact, so brilliant was the choreography of the whole event that it must have benefitted from professional consultants.

The communiqué from the summit included important concepts, such as the formal end to the Korean war and the denuclearization of the peninsula. But the overall message was far more important. It was a message from both Koreas, North and South, to the United States that it is for Koreans to decide what happens on their peninsula—and that the U.S. has an historic opportunity to contribute to a solution. President Moon was more than happy to play to President Trump’s vanity with talk of a Nobel Peace Prize,but the converse is also true: the summit was intended to create a bow-wave of optimism which would make it difficult, if not impossible, for Washington to reintroduce the military option.

The subsequent assurances that the withdrawal of U.S. troops was not being requested were sufficient to cause anxiety in Beijing. Foreign Minister Wang Yi rushed to Pyongyang (the first Chinese Foreign Minister’s visit since 2007) to seek the necessary assurances. He seems to have been satisfied.

It appears therefore that statements from Washington are dancing on the point of a needle. Whilst the withdrawal of U.S. troops from the peninsula is not going to be on the table initially, the need for US forces will diminish as North Korea begins to disarm its nuclear program. One source in Seoul told the author that the US could reduce to 14,000 (from a current presence of about 35,000) with only a minimal loss of capability and that, in due course, all ground troops could be removed at South Korea’s request.

Would North Korea agree to the retention of the U.S. Air Force in South Korea?  It might. Ironically, Pyongyang has long seen the presence of U.S. forces in the South as a counter-balance to the power of its big Chinese neighbor. U.S. forces have also acted as a brake on right-wing governments in Seoul. As one official in Seoul put it, “the U.S. presence has prevented us acting like Israel; free to strike against threats in our region.”

How would a phased deal play in Washington? President Trump could claim, with justification, to have achieved the full dismantling of North Korea’s nuclear and missile arsenal—something that President Obama failed to do with Iran. He would also point to his repeated statements, as both candidate and President, that the U.S. should reduce its costly overseas commitments. But to many foreign policy observers it would seem that China would be the ultimate beneficiary, increasingly dominant in North East Asia and with Japan increasingly isolated.

South Korea would be satisfied by the outcome. But it needs to remember that Pyongyang’s ultimate goal has never changed: the unification of Korea on its terms. With a reduced U.S. commitment to the region (and an inevitable reduction in trust between Washington and Seoul), North Korea’s aim would be a few steps closer. 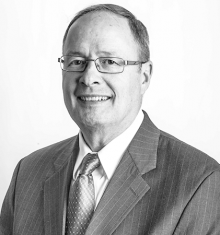