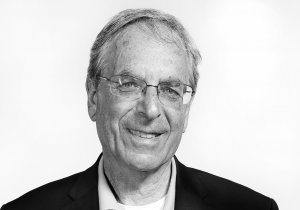 In the aftermath of 9/11, every major security, law enforcement, and intelligence organization initiated changes to address the looming terrorist threat. None made more profound changes to its intelligence structure, operations, and culture than the New York City Police Department (NYPD).

An effective counterterrorism intelligence program at the national or sub-national level must receive its guidance from and have the attention of the executive at the highest level of the organization. In the case of the NYPD Intelligence Division, this meant Police Commissioner Raymond W. Kelly.  Upon his ascension to the role of Police Commissioner in January of 2002, he was committed to creating an autonomous counterterrorism and intelligence capability that was independent but complementary to national efforts.  The Commissioner’s requirement that it be a high-quality, effective, and responsible intelligence program was unambiguous, demanding, and unrelenting.

The post-9/11 re-engineering of the New York City Police Department was unprecedented.  There were no roadmaps or guideposts to follow as a metropolitan police force took on the added responsibility of protecting its citizens from transnational terrorist groups. Making the change required leadership at the highest levels of the Department, Division, and line units; a dramatic cultural change among investigators, analysts, and supervisors; and an environment that was open to and produced ideas, engagement, and integration.

Law enforcement and counterterrorism intelligence operations are not necessarily a natural fit. Among the best in the world, most NYPD detectives found their way into the Intelligence Division from units where success was measured by the number of arrests. These talented detectives were street smart and motivated.  However, intelligence operations demanded a somewhat different skill set and qualities from them, as these longer-term investigations often continued for extended periods without an arrest.  Thus, one of the key skills required was developing patience in developing and testing assets, keeping them in place for long durations – sometimes years – and careful collection, documentation, and collation of intelligence information to be pieced together like a puzzle.  Blending these traditional and different approaches required change at the supervisor level to promulgate these new metrics for success, a reward system that demonstrated that promotions would be driven by these new metrics, and an acceptance at the detective level of this new philosophy.

As investment in personnel and program development progressed, the Division began to re-engineer itself from the bottom up as well as from the top down. Mid-level managers, supervisors, and those closest to the ground steadily introduced new ways of doing things that improved on the initiatives they were asked to take on. The Division became a hotbed of ideas on how to accomplish things needed to protect New York City from another terrorist attack.  These included the creation of new units, the incorporation of new types of personnel into the mission, and a new initiative to better understand the changing terrorism threat.  Organizational innovation was a hallmark of the new NYPD Intelligence Division.

One of the first new programs introduced into the re-engineered Intelligence Division was its cyber unit. Started from scratch in late 2002, there was little experience or know-how to begin with.  However, gradually, new talent was added and in-house expertise accumulated. The cyber unit quickly established a unique tradecraft on where to look, what to watch for, how to interpret what it was learning online, and developing a roadmap for appropriate follow-up investigations. The Intelligence Division also had the advantage of deep language capabilities; its cyber analysts could assess what was said on terrorism websites and chat rooms whether in Arabic, Farsi, Turkish, or Pashto while watching and listening for any references to New York City. The Intelligence Division also placed heavy emphasis on detecting and investigating agents of radicalization, because it had a developed a prescient view in understanding the Internet, and later social media, as key channels for radicalization to violence.

Learning at Home: Demographics and Intelligence

Early in its re-engineering process, it was clear that the Intelligence Division lacked meaningful knowledge of either the demographic make-up or demographic concentrations of the City of New York. This was an unacceptable condition at any time, but especially during the post-9/11 period when there was great concern of al Qaeda cells and/or operatives establishing themselves in the United States, including the New York/New Jersey area.  Both in 1993 and in 2001, jihadist terrorists from the Middle East had embedded themselves in communities where they would not stand out.  As a result, a new unit was created to help the department understand where overseas terrorist operatives might seek to hide in and around New York City before going operational, hotspots where radicalization to al Qaeda ideology and other similar terrorist groups was most likely to happen among local citizens, and lastly where minority communities were clustered so that in the event that community needed extra protection, it could be provided quickly and accurately. The teams which focused on these issues were not involved in investigations or intelligence collection on persons or groups of persons.

Learning from Overseas About the Changing Threat: Creating an International Program

The NYPD understood that only by gaining insight from trends, tactics, and plots overseas could it effectively protect New York City.  By fall of 2002, the Division deployed its first detective abroad, and eventually they would be in eleven cities around the world, hosted by local law enforcement organizations.  These included London’s Scotland Yard, the Surete’ du Quebec, and France’s Paris Prefect among others.  Hand-picked at the highest levels of the Department, they almost all had native fluency in the language of assignment. The detective assigned to the Madrid Police, for example, spoke fluent Castilian Spanish; Intelligence Division assignees to the Quebec Surete’ and Paris Prefect were fluent in French; in the Middle East, assignees spoke Arabic. Their rigorous training program and knowledge of the NYPD and police intelligence made them welcome additions to the agencies that hosted them.

The Division hired its first civilian analyst by the spring of 2002. In relatively short order, the NYPD Intelligence Division civilian analyst program numbered in the dozens and became a powerful force multiplier. In the view of many who worked with them, they rivaled, person for person, the top counterterrorism analytic units in Washington DC. They quickly became essential to the intelligence investigative program, accounting for a substantial share of its success. Uniformed investigators and civilian analysts became a fully integrated team.

Moreover, as part of a “new intelligence” organization, they were more amenable to think differently than many inside the Beltway and were among the earliest to sound the alarm about the homegrown threat, which had already manifested itself in Europe, Canada, and Australia, and its potential threat to the United States.  In 2007, long before the emergence of ISIS inspired radicalization, the Intelligence Division produced a study on the radicalization process entitled Radicalization in the West: The Homegrown Threat.  It was disseminated in five languages – English, French, German, Spanish and Russian – and remains among the most insightful studies of its kind.

The Intelligence Division Undercover [UC] Program is arguably the most unique in the world. It consisted of young officers – typically 22-26 years old – almost all born abroad or first generation Americans, all U.S. citizens, and all with native fluency in languages ranging from Bengali to Urdu. Over time, the cadre consisted of men and women with roots in over a dozen countries, mostly South Asia, the Middle East, and North Africa. Instead of using experienced detectives who couldn’t blend in with investigative subjects, these rookies entered the Department via the Intelligence Division rather than the Police Academy. Hand chosen, they were smart, highly motivated, and fully understanding of the complexity of what they were about to do as professionals.

Complementing UC operations was development of a forward leaning terrorism focused confidential informant (CI) unit and a specially trained cadre of detectives to manage, control, and vet them.  Importantly, the Division developed an unparalleled CI vetting process used uniquely by the antiterrorism program. Operational testing was rigorous and continuous to assure that CI’s were providing accurate intelligence.

Between 2002-2014, sixteen known plots were directed at New York City from al Qaeda core, al Qaeda affiliates, or al Qaeda-inspired homegrown terrorists. Of these, the NYPD Intelligence Division stopped three, played an important role in stopping three others, and brought to justice several dozen people who were planning acts of terrorism or providing material support to terrorist groups.  In addition, the Division played a critical role in identifying and helping thwart the efforts of a number of “wannabe” terrorists from the greater New York area who sought to travel overseas to join terrorist groups.  In each case, these people likely would have been trained overseas by terrorist organizations and then potentially directed to return to New York City to carry out an attack for their terrorist benefactors.

While it is always difficult to prove a negative, and we will never know all of the nascent plots that may have been deterred or prevented inadvertently, the fact that 15 years after 9/11, there have not been any successful plots carried out in New York City is something that the New York City Police Department should take their fair share of credit for and is something that seemed unfathomable on September 12, 2001.  Creating an environment in America’s largest municipal police force, where ideas, innovation, and integration could flourish and be implemented, was critical to the counterterrorism success in New York.

The Author is David Cohen

The Coauthor is Mitch Silber

In January 2020, Mitchell D. Silber was named the executive director of the Community Security Initiative, a new position created as part of UJA and JCRC-NY’s $4 million plan to help secure local Jewish institutions in the New York region.  He previously served as Director of Intelligence Analysis at the New York City Police Department where he was the principal advisor to the Deputy Commissioner of Intelligence on counterterrorism policy and analysis.  He has represented the NYPD at the... Read More