The U.S. arguably is facing more complex and serious threats to our national security than at any time in our history. Intelligence is critical to understanding these threats and presenting policymakers with options for dealing with challenges: Iran; nuclear proliferation; cyber security; Russia; China; North Korea; transnational terrorism; and climate change. Rightly focused on addressing today’s most serious challenges, the intelligence community also must devote its considerable talent to meeting tomorrow’s challenges—being future smart.

In the future, Russia certainly will not be the only state or non-state actor that tries to influence our populace by conducting espionage deep inside our social networking and media sites.

Likewise, the national security strategies of China and other powers will be based on sophisticated pilfering of our intellectual property. Cyber-based influence operations already have offensive weapons such as bots and trolls that threaten our security and become ever-more sophisticated.

Fast, disruptive technology including big data, artificial intelligence and robotics will enable, frustrate and challenge the intelligence community. U.S. intelligence professionals need to be “future smart” to maximize their collection and analytical skills, while countering state and non-state adversaries racing against us to develop and integrate technology into their operations. The IC needs to be able to predict the future and be a leader in integrating the most advanced technology to detect and deter threats while defending our nation.

Technology is advancing at lightning speed with autonomous robots, swarm drones, gene engineering, self-programming artificial intelligence, quantum computing, wearable devices and the Internet of Things – and this is just in the near-term future. We are in an era of radical, complex and accelerated change. Technology is increasingly faster and more intuitive. People, technology and mobile business processors are converging. We are harnessing artificial intelligence and conducting cognitive computing with big-data analytics. We are using technology to improve performance with human enhancement—not just eliminating cognitive dysfunction but enabling us to better collect, analyze and use intelligence.

During the next 20 years, technology will greatly impact the intelligence community’s strategic and tactical support to the warfighter, who will fight simultaneously on land, air, sea, space and in cyberspace against human and smart-machine enemies. Intelligence will be critical for building mixed or blended reality, the result of combining elements of the physical with and digital worlds. Warfighters will increasingly rely on implantable or wearable technology. They will have the capability to mix the real world with computer-generated images based on intelligence collection.

Climate change and global warming is our new world war, threatening population migration, resource upheavals, conflict among nations and governance erosion. Agriculture and water will be at risk. With one billion of the world’s population living in poverty and another billion living in water- and/or food-stressed locations, the intelligence community will need to track the growth of failed states, disease outbreaks and social unrest, all of which can contribute to transnational terrorism, massive migration and war.

Imagine, for example, a billion Chinese protesting over climate stress. Such a convulsion in global security will make the Arab Spring, which generated levels of unrest unprecedented since the fall of the Ottoman Empire, seem miniscule by comparison.

Cognizant of the lessons learned from the Arab Spring and more recent social unrest in the Middle East and North Africa, the intelligence community will need to increase the scope and sophistication of its predictive analytics. Crowdsourcing and social network analysis with cyber and geo-locational tools will be critically valuable to analysts.

Intelligence officers who deploy overseas to steal secrets will find it increasingly difficult to enjoy any level of anonymity. Operating within a ubiquitous internet, living off the grid will be extraordinarily difficult if not impossible. Counterintelligence, the effort to protect the identities of intelligence officers under cover and the information they collect, will be a growing challenge.

In the coming years, police may use drones to track traffic violators, criminals and even conduct surveillance against suspected intelligence officers. In the longer term, 30 years hence, we might have created fully autonomous drones and robots, which not only conduct surveillance but also engage in war.

Being “future smart” entails disrupting one’s thinking and embracing a culture of innovation, which can be an extraordinary competitive advantage only if we remain a step ahead of our enemies.

Artificial intelligence, convergent technologies and human enhancement can be force multipliers for our own intelligence collection. But we must learn to be equally as vigilant in defending ourselves from state and non-state actors who would use them against us. It will not be enough for the intelligence community to innovate with technology, without simultaneously considering the potential risk to our national security, should our advanced technology tools make their way into the hands of our enemies. More than ever, our citizens will rightly expect the intelligence professionals to take the Hippocratic oath of doing no harm to our national security when conducting our own offensive collection operations.

Technological innovations enhance intelligence by enabling collection on today’s threats and forecasting tomorrow’s risks. Intelligence success happens when collection of information is effective, analysis is accurate and executives make the right decisions. Being “future smart” will demand that enlightened U.S. government leadership devote the necessary budget and personnel to incorporate technological innovations into the espionage mission with the attention and alacrity this great challenge to our nation deserves.

Dr. James Canton is a global futurist, social scientist, author and business advisor. He has advised three White House administrations and more than 100 companies. Dr. Canton is CEO and chairman of the Institute for Global Futures, a think tank he founded in 1990 that advises business and government. 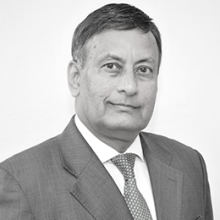