Much of the recent discussion about white supremacy extremist (WSE) groups has focused on the Russian Imperial Movement (RIM), which is understandable, especially following its recent designation as a Specially Designated Global Terrorist (SDGT) entity by the United States Department of State. But another WSE group that deserves closer scrutiny is the Atomwaffen Division (AWD), because similar to RIM, AWD boasts transnational linkages and maintains global aspirations. Atomwaffen members maintain links to Canada, Germany, Ukraine, Estonia, and elsewhere. According to open source and AWD online propaganda, the organization maintains affiliates or inspired groups in over a dozen countries, many of which have threatened or planned to carry out acts of violence. AWD Deutschland in Germany has a so-called ‘kill list,’ which includes left-wing politicians, refugee and migrant worker advocates, and Jewish groups.

Some of the organization’s U.S.-based members are known to have traveled and networked in Europe. The leader of AWD’s Washington State cell, Kaleb Cole, embarked upon a 25-day sojourn to Europe, according to U.S. Customs and Border Protection (CBP), where he traveled to the Czech Republic, Poland, and Ukraine. While in Kyiv, Cole reportedly attended the Asgardsrei festival,  an annual  neo-nazi black metal concert event organized by white supremacists across Europe. In addition to visiting Eastern Europe and Ukraine, Cole was detained in Canada under the country’s anti-terror laws and permanently banned from the country. In February, Cole and several accomplices were arrested in the United States and charged with plotting to intimidate journalists. Atomwaffen’s most prolific propaganda emanates from a Canadian member, a graphic designer who has been attempting to sell paraphernalia featuring the group’s images emblazoned on t-shirts and mugs.

AWD has cultivated a relationship with the notorious Azov Battalion, which has emerged as a critical node in the broader WSE movement. AWD maintains transnational linkages with other groups too, including with Sonnenkrieg Division, a white supremacist group based in Europe, with strong membership in the United Kingdom and Eastern Europe. Sonnenkrieg was designated as a terrorist group in the United Kingdom on 25 February 2020. Two members of the Sonnenkrieg Division threatened to kill Prince Harry, slandering him as a ‘race traitor’ for his marriage to Meghan Markle, the Duchess of Sussex, who is biracial. The Sonnenkrieg Divison’s members tend to skew young, and many have been university students, which is a troubling trend when considering the movement more broadly. In November 2019, the Dutch chapter of Feuerkrieg Division, a group believed to be heavily influenced by AWD, posted a map depicting the route used by a member of the Green Party to bicycle to work, encouraging violence against the elected member. In a rather embarrassing incident for the group, it was recently revealed that one of the Feuerkrieg Division’s commanders was a thirteen-year-old boy issuing orders from behind his laptop while living with his parents on the Estonian island of Saaremaa.

Atomwaffen has also cultivated linkages to the Antipodean Resistance, a neo-Nazi hate group in Australia. The group has an intense obsession with violence, previously publishing videos featuring members training with firearms and spreading white supremacist propaganda. Atomwaffen has exploited online gaming sites and Voice over Internet Protocol (VoIP) applications to communicate with and recruit new members. Those who push back against the severity of the Atomwaffen threat argue that the group does not pose widespread danger to Europe, or the West more generally, in the same way that Salafi-jihadist groups like al-Qaeda and the Islamic State do. However, this is precisely the point of attempting to combat the organization’s growth now, before it is able to metastasize into a full-scale underground terror movement, where it could draw upon an anonymous globalized network with an indeterminate number of supporters. 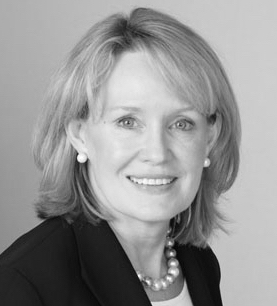