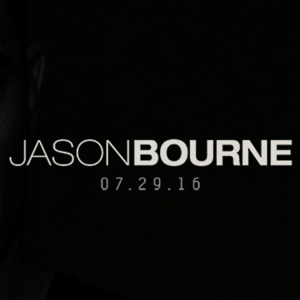 Drawing heavily from the fallout of the Edward Snowden affair and packed with non-stop action, Matt Damon returns as an older and grimmer version of the protagonist in the thrilling new film Jason Bourne. Directed by Paul Greengrass and written by Christopher Rouse, the latest installment of the Bourne series did not disappoint.

This time around, the plot is focused on a CIA clandestine surveillance program known as Iron Hand, where the U.S. government is seeking to utilize metadata collected from an app produced by a Silicon Valley startup to keep its eyes on nearly all people in the U.S. The film meticulously brought to light several real-life controversial subjects, including U.S. government cyber vulnerabilities as well as the ongoing debate about personal rights versus public safety in the aftermath of Edward Snowden’s leaks about the National Security Agency’s (NSA) top-secret surveillance program.

More so than the previous installments, this movie’s focus is on action over dialogue, as Matt Damon’s pecs and fists do most of the talking. In the previous films, Bourne often talks with leaders of the CIA in an effort to rediscover his identity and piece together the puzzle of his past. This time around, although Bourne did once again experience flashbacks to the origins of the CIA’s assassin program known as Treadstone, the emphasis was clearly placed on the CIA’s latest covert operation and featured a Bourne who was more active than inquisitive.

A major theme in the movie is the vast technological developments displayed by the CIA when tracking Bourne. Throughout the first three Bourne films, the U.S. government remained several steps behind Bourne’s every move. This time around, however, CIA operatives demonstrated significantly improved detective and technological capabilities as they were able to scan for, identify, and track Bourne’s subsequent steps in near real time after his initial appearance. Much of this had to do with the implanting of malware into the files Bourne was attempting to access, which were stolen by none other than ex-CIA operative Nicky Parsons (Julia Stiles).

Not surprising for a film released nine years after Damon’s last outing as Bourne, the capabilities available to hackers in the movie border on technological magic. While being able to obscure one’s IP location is old hat, in the Bourne universe, a cell phone can be remotely commandeered by the CIA to erase the files on a nearby computer. Nor is Jason Bourne immune from the widespread cinematic trend of colorful on-screen graphics and lightning-fast results meant to represent the hacking process, rather than the blander, slower process of real life hacking. In the end, it succeeds in keeping the tempo up and reinforcing the theme of Bourne as a David reliant on traditional spycraft up against a technologically omniscient and omnipotent Goliath.

Another theme displayed throughout the movie is the internal power struggle within the U.S. intelligence community. The Director of National Intelligence (Scott Shepherd), the CIA Director (Tommy Lee Jones), and a rising star in the CIA (Alicia Vikander) ruthlessly aimed to push their personal agendas, particularly as they relate to dealing with Bourne.

Alongside the action-packed main plot, a second, subtler one tells the story of a backdoor deal made between the CIA and a Silicon Valley social media entrepreneur. The company, akin to real life Facebook, promises its users complete privacy, yet the company’s CEO, played by Riz Ahmed, must confront his past dealings with the CIA Director. While more sinister than real-life partnerships between the Intelligence Community and the private sector—or at least we certainly hope that’s the case—it highlights the synergy such collaboration can achieve.

The debate over the value of information for privacy or security is an important one throughout the film. While CIA Director Dewey seeks access to all information, he struggles to keep a lid on his worst kept secret: Jason Bourne. At the same time, Bourne’s desire to learn more of his past, the driving force of the plot, has the potential to undo the Director’s covert plan. With the solitary Bourne as protagonist, it would seem the film sides with the right to privacy.

While Jason Bourne seeks to reassure its fans that the titular hero is back in good hands with familiar plot devices and exquisite action choreography, it does so at the expense of breaking new ground for the series. Although the plot will not surprise, the many themes are expertly woven together to add extra depth to make it more than just an enjoyable action film.

The Author is Bennett Seftel and William Edwards