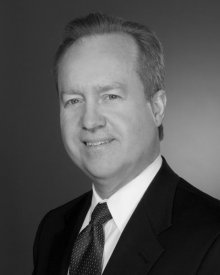 Thomas A. KennedyChairman and Ceo, Raytheon

Raytheon, one of the U.S. government’s largest defense contractors, is known for making bold competitive moves. Just a couple of days ago, the company claimed victory after successfully firing a high-energy laser from an Apache helicopter. A sign of things to come with the natural evolution of technology and warfare. But the company’s boldest move at the moment, may be best evidenced by its determination to succeed in the fifth domain, better known as cyber.

It’s no state secret that other defense contractors have peeled off of cyber investments in the past couple of years. But Raytheon CEO Tom Kennedy has doubled down. It’s a decision others see as risky. But in a somewhat rare sit down interview, Kennedy described it to me as being more than a decade in the making.

Ten years ago, company executives took note of a rising number of cyber attacks aimed at businesses that included themselves. According to Kennedy, his Fortune 120 company has defended itself against nation state hackers, criminal hackers, politically-motivated hackers, and against their own employees, both the ones who make the mistake of clicking on something they shouldn’t, and those who have malicious intent.

“We wound up looking at where our gaps were, to be able to articulate strategies”, Kennedy told me. “As part of filling those gaps, we filled some organically, inside the company via technology development. But the other part was acquisition.”

In the decade since, Raytheon has bought 14 companies, many of them technology companies with unique applications in the cyber realm.

It’s an acquisition strategy that survived the budget control act of 2011, a time when government caps were being placed on defense spending, leading to a decline in business. Not a lot of CEOs would ramp up in investment in new technologies while experiencing a decline in business. It was time for Kennedy to re-evaluate and ask some serious questions.

The engineer by trade wondered how he could break out value in some way for shareholders. “And then we looked and we said, ‘Hey, look we have all this capability in cybersecurity, is there a way of taking that to the commercial marketplace’?” he wondered.

A key obstacle to unlocking that value though, was that Raytheon didn’t have the market channels it needed in order to sell the cyber products they were sitting on. So they bought a company called Websense. And that was how it started.

“We took some of our technology products, combined them with Websense, and in January 2016, formed a company called Forcepoint,” says Kennedy. “We created 600 million dollars a year in revenue in a cyber security products company that is off and running, and making profit.”

It’s a notable achievement in an already crowded cyber market where it’s sometimes difficult for customers to know exactly that they need and when they’re going to need it. A key advantage, though, for Raytheon, according to Kennedy, was that they already had existing relationships with many of the commercial market executives populating their business development pipeline.

“If you go to the commercial world, you’ll see banks, you’ll see major retailers like Target, the CISO’s are all coming out of the government- the Department of Defense, three-letter agencies,” says Kennedy. “They are all very familiar with our solutions that we had provided them, when they were in their government position.”

Kennedy has spent a fair amount of time creating things. He’s a patent holder with a natural attraction toward technology and business. He’s also not shy about about showing his competitive nature. All of those things created, in a sense, the perfect storm of a reason to take a gamble in cyber. For this engineer, the decision is deeply rooted in the numbers.  Not just the ones and zeroes, but the numbers most attractive to his shareholders.

“The market valuation for commercial cyber companies is significantly higher than the valuation for defense companies. So, if you take our total revenue in a given year – if you look at what our market cap is – which is essentially the number of shares that are out there times our stock price, market value – it’s about 1.8, 1.9, so take 1.9 times the revenue and that’s about what our market cap is. If I go over to a commercial cyber company, you take the revenue and you multiply it by 6 or 10. They get a much higher valuation.”

In order to get there though, he had to separate the government market from the commercial. So he did. Forcepoint was set up as its own business, complete with its own Board of Directors, all based on lessons learned.

And that may be the reason why other defense companies who once had cyber ambitions, have since abandoned them, while Kennedy remains fixed on defending his domain play.

Given Raytheon’s investment multiple aspects of the national security mission, I asked Kennedy to share his thoughts on a number of issues in a quick, speed round conversation.

Kennedy: Hyperpsonic weapons, that’s the next thing. The biggest concern there is that both China and Russia have them. We had, as a nation, our heads down for about 20 years because of wars of insurgency and terrorism, which was the right thing to go do. We needed to go work those issues. But in the meantime, two of our peers at the time kept developing technologies, and they went into the area of hypersonics. That’s an area we need to be very concerned about and develop counters to them.

Kennedy: Maritime technology, that’s another area we have had some atrophy in because after the Cold War, the Russians took all of their submarines and put them in the harbor, and essentially there wasn’t really any threat relative to maritime. Here in the last 10-15 years, both China and Russia have significantly improved their submarine fleet undersea. That is a new area of significant concern. Their submarines are very quiet, hard to detect, so how do you make sure you can still ensure the safety of marine trade across all the oceans and make sure they’re safe? So that’s a whole new area there that we are aggressively working to support.

Kennedy: Directed energy, high energy lasers, big area there. We’re heavily invested in developing new technologies in that area across several fronts. And then also in the area of high-power microwaves, you have big electromagnetic pulse and you use that, and that’s something we’ve demonstrated the ability to knock drones out of the air with, electromagnetic pulses and with high-energy lasers, so that’s a new technology area.

Kennedy:  The other big area of concern is the survival of space assets. We see what China’s doing with ASATS – anti-satellite capabilities – and we see that Russia’s demonstrating those same kinds of capabilities, so what happens to all of our space assets? We’re so dependent on space: communications, GPS. What would happen if that was taken out? What are we doing to protect those assets?

Kennedy: When I was getting my PhD at UCLA back many many moons ago, the guy next to me was getting his dissertation on artificial intelligence. So it’s not like artificial intelligence just arrived on the scene yesterday. It’s been around, and there’s been a lot of research on it. Elements of it have been put into products over the last 30 plus years. What’s different here today is the processing power significantly increased, and the theories and the technologies of artificial intelligence are now being productized in what’s called machine learning – Watson for example – and they’re actually being applied to real-life problems, successfully.

The Coauthor is Thomas A. Kennedy

Dr. Thomas A. Kennedy is Chairman and Chief Executive Officer (CEO) for Raytheon Company (NYSE: RTN). Kennedy joined Raytheon in 1983, starting off in engineering on radar development, and has been with the company for more than 30 years. Before adding the responsibilities of chairman to his position in October 2014, Kennedy became CEO in March 2014, and he was elected to Raytheon’s Board of Directors in January 2014. Previously, Kennedy served as a Raytheon Company vice president and... Read More