President Donald Trump seized upon Special Counsel Robert Mueller’s 37-page indictment with a tweet that the Russians were laughing over their successful information war against the U.S.

For President Vladimir Putin, espionage against what he and his Soviet predecessors call their “Main Enemy” is no laughing matter. Relentlessly focused on degrading U.S. institutions, Putin is deadly serious about the cyber warfare he is so effectively waging against us.

Putin’s strategy is ruthlessly focused on shaping our political discourse by simultaneously supporting extreme, antithetical positions. There was no better example of this strategy than the Kremlin bots staging simultaneous post-election rallies in favor of Trump and protesting Trump’s election.

The indictment outlined a Russian hybrid espionage operation. The clandestine part involved hackers who stole and exploited identities from U.S. persons. But Putin also needed a Russian geographic end point to achieve maximum impact in seeking to soil our democratic process. Putin knows that the best way to degrade our trust in democracy is to create just enough proof that a foreign enemy was seeking to influence our political process to persuade some Americans, but not others. So he chose the high-profile Internet Research Agency as his cut-out, giving his government a path to deny responsibility.

Putin could have used a secret troll factory inside one of his nefarious intelligence services, but instead purposely used his personal chef Yevgeniy Prighozhin, who has directed the Internet Research Agency’s anti-Ukraine propaganda and targeting of Putin’s opposition including activist Aleksey Navalny.

While choosing a method that obscures attribution to the Kremlin, Putin desperately wants his fellow Russian citizens and the U.S. to understand that the Kremlin is standing toe to toe with the United States, thanks to a relatively inexpensive but sophisticated asymmetric espionage operation.

Justifiably critical of the Obama administration for failing to detect, expose and respond sufficiently to Russia’s information warfare attacks, the Trump administration has inexplicably continued to absorb repeated body shots from the Kremlin without parrying and striking back. The Mueller indictment exposed Russia’s nefarious espionage, which should sound the alarm bell for our citizens. But in the interest of defending our national security, the Trump Administration needs immediately to take at least three steps:

Since becoming President Boris Yeltsin’s Prime Minister in August 1999, Putin has controlled the Kremlin as president for 14 years and as prime minister in “tandem” with President Dmitry Medvedev for four years. Putin must appreciate the irony of having become a modern-day Russian tsar thanks to Yeltsin, who bravely led protests against the same Soviet KGB where Putin was groomed. Yeltsin made a Faustian bargain with Putin, whose first act as president was to grant Yeltsin immunity from prosecution for stealing from the Russian state.

Putin wants his presidential election in the fog of a Potemkin village, where the process appears to be fair, but in fact there are no real challengers to his autocratic rule. Putin has harassed opponents by falsely declaring them a fifth column doing the bidding of Russia’s external enemies. We should expect protests more intense than during Russia’s presidential election of 2012, which the Russian domestic election monitor Golos and Organization for Security and Cooperation in Europe (OSCE) election observers condemned as fraudulent.

The outcome of an election should be uncertain. In Russia, the winner is not in doubt because Putin wields unlimited power to control and subvert the electoral process.

What scares Vladimir Putin the most is democracy.

The U.S. should lead a full-court press to expose Russia’s political process and Putin’s massive fraud and corruption for what they are: a coronation emulating that of Putin’s Soviet predecessors, rather than a free and fair election. We should shine the spotlight on democracy, which continues to be a guarantor of liberty and freedom in the West, even while under Russia’s cyber siege.

In 1983, President Ronald Reagan famously called the Soviet Union an “evil empire.” News of his speech spread behind the Iron Curtain and demonstrated U.S. resolve to Soviet citizens who derived inspiration from the U.S. as a beacon of democracy. Trump would face none of the domestic criticism Reagan suffered for anti-Soviet rhetoric if he and select members of his cabinet used their bully pulpit to take the high ground in the battle of ideas, which has always been our most potent quiver against Russian despotism.

With Trump leading the way, our bickering legislators could find some common ground, which would help negate Putin’s efforts to divide our nation. The necessity of containing, deterring and countering Putin’s Russia before our democracy suffers the consequences.

Daniel Hoffman is a former senior officer with the Central Intelligence Agency, where he served as a three-time station chief and a senior executive Clandestine Services officer. Hoffman also led large-scale HUMINT (human intelligence gathering) and technical programs and his assignments included tours of duty in the former Soviet Union, Europe, and war zones in the Middle East and South Asia. In addition, Hoffman served as director of the CIA Middle East and North Africa... Read More

One Reply to “What Scares Vladimir Putin the Most? It’s Still Democracy.” 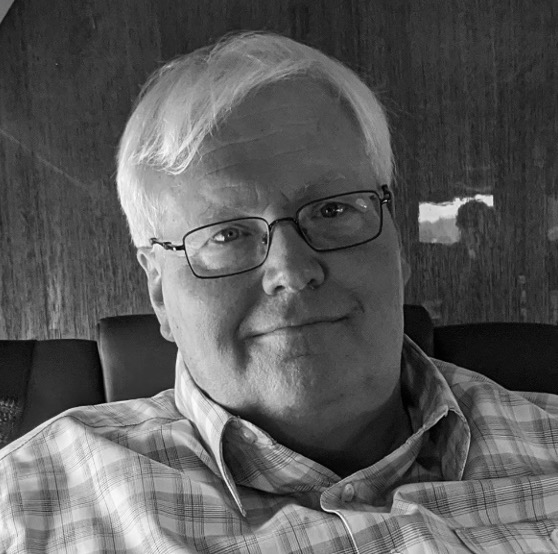