While most American news outlets last week focused on sexual harassment, tax reform and President Donald Trump’s red-carpet trip to the Far East, the Pentagon and some in Congress were dealing with North Korea and other serious national security issues.

Use of Force Against North Korea

The question of whether congressional authorization is needed for Trump to launch a U.S. preemptive military strike or preventative ground war against North Korea has been an ongoing issue, given the president’s repeated verbal threats against that country and its leader Kim Jong-un.

At an Oct. 30 hearing before the Senate Foreign Relations Committee, Secretaries of State and Defense, Rex Tillerson and James Mattis, agreed that if the president ordered U.S. military action in the face of an “imminent” threat to, or actual attack on, American forces or territory, he would be within his Constitutional Article II powers.

Tillerson differentiated between an armed North Korean nuclear missile on a launching device being “imminent” as one thing, and a similar missile hidden underground as another, hinting that attacking the former might not need prior congressional action.

Tillerson insisted, however, such a decision had to be “fact-based,” meaning, I assume, there is intelligence the missile on the launcher is aimed and ready to be fired at a U.S. target.

Mattis somewhat confused the issue, citing the U.S. bombing of the Syrian airbase from which chemical weapons were delivered to a Syrian city as not needing congressional approval, although in that case, no U.S. interests were directly involved.

Hyten spoke hypothetically of getting an order from Trump to launch a nuke. “He’ll tell me what to do, and if it’s illegal, guess what’s going to happen? I’m gonna say, ‘Mr. President, that’s illegal.’ Guess what he’s going to do? He’s going to say, ‘What would be legal?’ And we’ll come up with options of a mix of capabilities to respond to whatever the situation is, and that’s the way it works. It’s not that complicated.”

Others, however, don’t think such an earthshaking decision to employ one or more nuclear weapons would ever be that simple.

The authorization for use of force issue was also raised last Tuesday during a Senate Armed Services Committee confirmation hearing for James E. McPherson to be general counsel of the Department of the Army, and Gregory E. Maggs to be a judge of the United States Court of Appeals for the Armed Forces.

Sen. Dan Sullivan (R-AK), who announced he believed such a situation would require congressional approval, asked McPherson to share his view.

“I agree with you, Senator,” answered the man who is in line to be the Army’s top lawyer.

Sullivan followed up saying to McPherson, “If you’re confirmed, can I get your commitment to make sure you press for that,” to which the nominee replied, “Yes, Senator, with a loud and clear voice.”

When the same question was asked of Maggs, he responded, “I would think a preemptive strike would require [congressional] authorization.”

On Thursday, during an impromptu press conference flying to Colorado, Mattis ducked a question about preventive war with Pyongyang as a viable option, saying instead he believes, “We have to have good strong defenses with our allies in order to buy time for the diplomats to resolve this situation.”

Mattis also said that his focus with allies was on ensuring that the North Koreans “know they have no military option,” that “we’re watching…closely” the two-month pause in Kim Jong-un’s missile testing, but again, he was “buying time for diplomats to solve the basic problem.”

Why? Because, McCain added, “To meet last year’s goal of 69,000, the Army accepted more recruits who fared poorly on aptitude tests, increased the number of waivers granted for marijuana use and offered hundreds of millions of dollars in bonuses.”

These increased numbers were authorized under the Obama administration, so should the first Trump increases go into effect, the demand is even higher.

“Expanding the waivers for mental health is possible,” McCain said, “in part because the Army now has access to more medical information about each potential recruit.” But he recalled, “The Army issued the ban on [such] waivers in 2009 amid an epidemic of suicides among troops.”

Meanwhile, the Trump administration is reviewing the Military Accessions Vital to the National Interest (MAVNI) program, which allows certain non-citizens in the United States to join the military and thus gain eligibility for U.S. citizenship without having to go through the process of obtaining a green card.

Almost 5,000 have gone into service under this program started eight years ago and used primarily to recruit persons with needed foreign language and medical skills. Another 4,000 have already been accepted and are awaiting basic training.

However, late in the Obama administration, the program was suspended so that a new review of those already in could be done for counterterrorism purposes. More recently, it has been reported some 1,000, already in service may be discharged and deported, while those accepted are facing additional screening and possible deportation.

The nominee to lead personnel at the Pentagon assured Congress he’s working through the backlog of would-be recruits. Anthony M. Kurta, nominated to be principal deputy under secretary of Defense for Personnel and Readiness, told the Senate Armed Services Committee that he has been tasked by Mattis “to devise a program that allows the entry of those with critical skills that we need as long as we can assure that before they come in, we have checked their background and done our requisite counterintelligence work.”

McCain said last week that the Air Force is short 1,500 pilots, which he said was “going to be a crisis.

“The time I spend with young pilots who are making decisions as to whether to go with the growing demand of the airlines and staying in the military, their complaint isn’t money,” he said. “The defining factor is…their ability to fly airplanes and fly in combat.”

“They want to fly airplanes,” he added. “They’re flying less hours per month than Russian and Chinese pilots are.”

Sen. Martin Heinrich (D-NM) brought up the Air Force shortage of maintenance workers and technicians as another serious problem, “the men and women who keep our aircrafts safe, keep them flying.”

Kurta agreed it was “a severe problem,” which he attached to “the quality of their service” caused by the lack of parts and aircraft, elements related to not enough readiness money.

But Kurta mentioned another issue, the Defense Department civilian personnel policy, “because many of the maintainers and the technicians, particularly in our depots, are civilians.”

None other than Sen. James Inhofe (R-OK) brought up that “when our new President [Trump] came along, he was talking about reducing [Defense Department civilians] without a recognition that they’re performing a military function, even though they are civilians.”

At their confirmation hearing, both McPherson and Kurta agreed that transgenders should be able to continue their military service.

“We are a standards-based organization,” McPherson said. “Anyone who meets those standards mentally, physically, should be able to serve their country while wearing the uniform.”

Effects of Climate Change on the Defense Department

While the Trump administration continues to ignore mitigating climate change, Congress is requiring the Pentagon to report a year after the president signs the fiscal 2018 Defense Authorization Bill “on vulnerabilities to military installations and combatant commander requirements resulting from climate change over the next 20 years.”

In the House-Senate conferees report on the bill, members said, “A three-foot rise in sea levels will threaten the operations of more than 128 United States military sites, and it is possible that many of these at-risk bases could be submerged in the coming years.”

One example they pointed out was a $1 billion Air Force radar installation on Kwajalein Atoll in the Marshall Islands. When it starts operation in 2018, the radar and associated facilities will locate and track thousands of objects orbiting the earth. Its purpose is to reduce potential for collisions with critical, U.S. space-based infrastructure.

However, as the conferees noted, the installation “is projected to be underwater within two decades,” thanks to climate changing water levels of the Pacific Ocean. 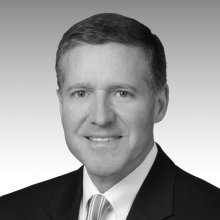