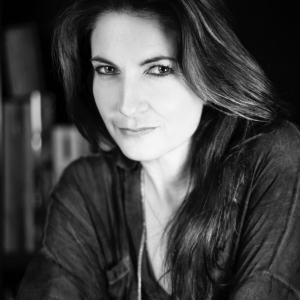 I was introduced to Jimmy Hatch via email in late 2014.  I was months away from launching The Cipher Brief and a mutual friend who volunteers his time for the Special Operations Care Fund (SOC-F), a charitable foundation that helps Special Operations families through tough times (of which I later became a board member), told me that he knew someone who was writing some pretty raw stuff about his special ops experiences.  Jimmy agreed to start sending me some of his writing and it was indeed, dark.  But it was also wholly honest.  Jimmy was a Navy SEAL and an expert dog handler who had been shot in the leg on a mission to rescue Bowe Bergdahl.  Think about that for a second.  Here was a man who had already sacrificed a lot for his country, who nearly died because Bergdahl decided to walk off his base in Afghanistan and got himself famously captured by the enemy.  Jimmy and his fellow operators were sent to rescue him.  The gunshot wound nearly killed Jimmy and forced the end of his military career.

Jimmy and I met when he was on the slow up side of what had been an utterly devastating experience.  He credits his wife, Kelley and his special ops buddies for sticking with him through those dark times and ultimately, for saving his life.  Writing was Jimmy’s therapy and he was good at it.  Not good in the way that would make him a Fitzgerald or a Hemingway, but good in the way that he could convey pain and the human experience through what were usually profanity laden paragraphs that exposed how he felt.  He wrote in a way that reminded me of Eminem.  It was sometimes uncomfortable to read yet always made you think and feel as a result.

Jimmy was hesitant to tell his story when we first met.  With the trial of Bowe Bergdahl in the news, he was having a harder time than usual keeping his mind focused on the positive and I asked if he’d be willing to meet a friend of mine who was an Executive Producer for Anderson Cooper.  He begrudgingly agreed and it was the beginning of a path of sharing his story that would eventually lead to Touching the Dragon and Other Techniques for Surviving Life’s Wars, a book he wrote with Christian D’Andrea.

I’m definitely in the camp of people who does a little eye roll when I hear that another Navy SEAL has written a book.  Seriously.  You can’t *not* snicker.  It’s not because their stories aren’t worth telling, but it’s because I’m old school, the daughter of a U.S. Marine who served in Vietnam and granddaughter of another who served in WWII.  I still believe you shouldn’t capitalize on patriotism and sacrifice.  Some of my friends argue with me about it.  Others don’t.  I feel differently about Jimmy’s book.  I asked him to tell me a little bit about why he wrote it and he did.

Here’s Jimmy’s story.  In a style that is all Jimmy:

I was a part of a very small special mission unit and participated in over 150 direct action missions.

I was wounded in action during an attempt to rescue Private Bowe Bergdahl in 2009.

“Touching the Dragon” is a term I made up while undergoing intensive Cognitive Behavioral Therapy.

When I sat with my friend and co-author and decided on the title of our book, it made sense. Touching the Dragon was a difficult thing to do. Something I try to do on the regular now.

Essentially, Touching the Dragon meant I had to sit down, while wearing purple hospital pajamas, in a psychiatric ward, where I was under 24-7 observation, and write out, in great detail, the experiences I’d been most disturbed by.

This treatment plan was initiated by a psychologist from my former unit. I call him the “Dragon-Tamer.”

I put myself in that psychiatric ward. I abused my pain meds and mixed them with booze and stuck a gun in my mouth in front of my wife. Pathetic. I know how to use a gun. I just didn’t know how to humble myself and seek help.

Thankfully, I had a wife, and friends and police officers and medical professionals who worked past the embarrassment of my situation and helped me get to where I needed to be.

Tracking back, in the winter of 2005 I was kneeling, with my working Dog “Spike” outside of a target complex in the suburbs of Ramadi in Al Anbar, Iraq.

My job that night was to stay outside during the initial assault and then enter the structure when requested to assist.

I watched the breach blow the door off and then I watched as my friends entered the house. The third man in, the team leader, went into the room and I saw him drop his right arm from his weapon. He was a left-handed shooter so he kept his rifle up while with his right hand he reached out for something. It took a second for me to process what was going on. He was reaching for children. The enemy was pushing his children out into the room to get in the way of the assault force. The team leader grabbed two of those children and yanked them behind his body while addressing the threat now in front of him. Let me make that more clear. He took the enemies children, children that the enemy used as human shields, and protected them with his own body. He was protecting them from their own father who was willing to sacrifice them for himself. We trained a lot. We came up with all kinds of scenarios that “could” happen, but we never thought we’d see something like this. The reaction of my friend, the team leader, an American, was pure and unrehearsed. It was sheer goodness and I felt then and still to this day, that Americans should know about this goodness. It was commonplace.

After my career in the military ended abruptly, I did not handle it well. Americans should know about this sickness as well as the goodness.

It is my hope that the parts of the book that are remembered most are the parts where I point out how no man is an island and my family and friends and at times complete strangers made my second life, the one after I was wounded, possible.

My co-author is my very close friend. His name is Christian D’ Andrea and he graduated from Harvard and then Oxford. His genius and hard work made this walk of mine a literary work of art. I am not humble about that. His work and insight into my character make this a team effort. Christian’s take on the classics combined with his ability as a confessor and confidant make our book one of a kind.

Jimmy Hatch served 25 years and 11 months in the US Navy. The majority of that time was as a part of Naval Special Warfare.  He deployed multiple times to combat zones as a shooter and as a K9 handler.  He is the Founder of Spike’s K9 Fund, a 501c3 that takes care of working K9’s.

One Reply to “How Jimmy Hatch Touched the Dragon and Survived”