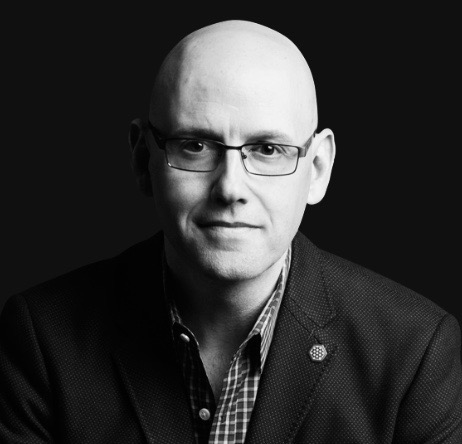 Co-written with documentary producer Josh Mensch, The First Conspiracy pieces together the previously untold story about a secret plot to kill George Washington, involving the men he trusted the most: his own bodyguards.

You could say this book came from a clue Meltzer discovered in the footnotes of Joseph Ellis’ His Excellency: George Washington, published in 2004.  Under/Cover had the chance to launch our own inquiry as Meltzer wraps up his book tour.  In part one of a two-part conversation, Meltzer reveals how it was that he discovered his latest project in the footnotes.

Meltzer: I started this book in a strange way, almost nearly a decade ago because I’d found the story in the footnotes, (of His Excellency: George Washington, by Joseph Ellis) which is where all the great stories always hide. And the reality was, it had a secret plot to kill George Washington and I was like, “Is this true? Is it real? Is this something that’s nonsense?” And it was true, in 1776, there was a secret plot to kill Washington and when George Washington found out about it, he gathered those responsible, built a gallows and took one of the main co-conspirators and hanged them in front of 20,000 people, the largest public execution at that point, in North American history. George Washington brought the hammer down. 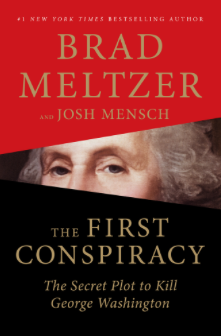 And that’s why we really don’t know that much about it, he said, “You can find exactly how many slaves George Washington owned, but you’ll never find all the spies.” He said, “By its nature, what you’re searching for, Brad, will forever be elusive.” But he said, “You gotta take a shot. If you succeed, you’re gonna have a great book“, he says, “and if you don’t, you’ll have an adventure.” And so that lead to this book, The First Conspiracy: The Secret Plot to Kill George Washington. My first ever non-fiction book for adults.

Under/Cover: And how was it, moving from fiction to doing something like this, was it a different kind of labor of love, was it harder? Was it easier?

Meltzer: Well, it’s both, of course. In fiction, if I don’t like what the plot is doing, I change it. If I don’t like a certain character, I kill them. It’s very simple. But when it comes to non-fiction, the nice part is I don’t have to make it up. The facts are there and you either find them or you don’t, and the nice part is you don’t have to ask, “Well, how’s my character going to get out of that scene?”, they’ll tell you. This is how history happened. So each one has its own tricks and its own benefits to it of course, but to me, at base, a good story is a good story. We don’t want to all just see one kind of genre for the rest of our lives. For me, I think, it’s the same way as a writer. I like exploring different options.

Under/Cover: Has writing this book changed the way you see your future? Are you going to go back to being just a thriller writer or will you venture more, maybe, into the non-fiction arena?

Meltzer: People know me mostly – oddly – from television. On the History Channel, we did this show called Decoded and then we did one called Lost History and so I feel that we’ve been telling these non-fiction stories for a decade now. So, I’m working on the next thriller, but I’m also working with Josh on the research for the next non-fiction book because I’d love to do another non-fiction book.

We loved doing this George Washington story and Josh and I got our start in non-fiction. He was the executive producer of Lost History and on that show, we went looking for the missing 9/11 flag that the firefighters raised at Ground Zero. And when we told the story on our tv show, four days later, someone returned the flag, saying “I saw the show Lost History, the flag that the firefighters raised at Ground Zero, this is it.” We all know the iconic photograph, but we spent nearly a year authenticating it, working with the former head of the FBI’s art crimes unit. And we got to unveil that flag on the 15th anniversary of 9/11 in the 9/11 Museum, where it’s still currently on display. John is just an incredible, award-winning, documentarian and he brought his wonderful eye to this book as well. That’s why we worked on it together, because we worked together before.

Under/Cover: Are you giving any clues about the next subject of your next non-fiction effort together?

Meltzer: No, not just yet. We have to get a little deeper into in it. We’re getting there. Right now, I’m working on the next thriller.  That one is a little further along and is the sequel to The Escape Artist, which is a book that I actually started writing because of a USO trip that I was on. I do a lot of work with the USO, entertaining our troops around the world. And it was there that I got the idea for this book, which was about Dover Air Force Base.

Under/Cover: Is it true that you always reveal some kind of secret in each of your novels somehow?

Meltzer: You know, people use the word “secret” because it’s so titillating and it makes you ask, “What’s that?” The reality is a secret’s only something that no one knows or at least has been forgotten. I’d love to picture myself as Indiana Jones playing the theme song, and I’m crawling through the cobwebs and I find this arcane information which I present to you in our books. But the reality is that the information is there for anyone to read it. Most of it is digitized today, in the case of George Washington, a lot of it was digitized. It’s just that no one wants to read it, they don’t want to take the time to read it. We read it.

I had no idea about is when we started The First Conspiracy, but when George Washington got wind of the plot to kill him, he created a secret committee. And the secret committee was made up with John Jay, who would later go on to become the first Supreme Court justice. And what they started doing is knocking on doors, talking to suspects, pulling them out of their houses in the middle of the night, and interrogating them.  In the process, what they were really doing was building America’s first intelligence agency. And people will tell you today, “Oh, the precursor to the CIA is the OSS” but my contention is it’s not, it’s actually right here, it’s this moment in the Revolutionary War, with John Jay and the plot against George Washington, that you really see the birth of all of this.  They were hiring civilians to gather intelligence.  George Washington realized, we don’t just need a great offense in the military, he’s got that, but he also knew that you can’t fight a war without great defense and that means knowing what’s coming and having the intelligence to know what’s coming.

For me, what I think is amazing, is that right now in CIA Headquarters, there is a room dedicated to John Jay, who they call the founding father of counter-intelligence. I had no idea about that before we started writing the book.  But, my god, did I love doing that spy side.

Read Part 2 of Meltzer’s interview, including what former President George H.W. Bush asked him, just months before his death and how becoming a thriller writer, for a while, meant being able to absorb more rejection than he had imagined.

Interested in reviewing The First Conspiracy for Under/Cover, check out our reviewer guidelines and then, if you pass that first test, send us an email: [email protected]

If you don’t want to miss any clues of your own on the great new national security focused reads in 2019, sign up for the Under/Cover newsletter.  It’s free.

The Author is Brad Meltzer

Brad Meltzer is the #1 New York Times bestselling author of The Inner Circle, The Book of Fate, and nine other bestselling thrillers including The Tenth Justice, The First Counsel, The Millionaires, and The President’s Shadow. His newest book, The Escape Artist, debuted at #1 on the bestseller list. In addition to his fiction, Brad is one of the only authors to ever have books on the bestseller list for Non-Fiction (History Decoded), Advice (Heroes for My Son and Heroes for My... Read More