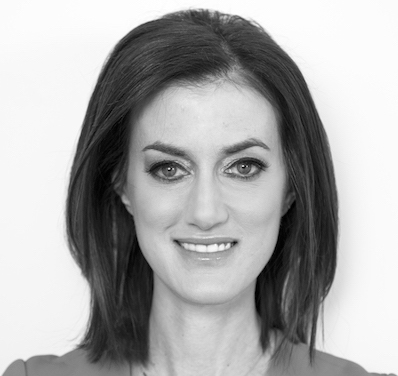 Much has been written about Russia’s interference in the 2016 election – the theft and selective leaking of information, the attempt to tamper with state voting systems, and the weaponization of social media. Every day brings further revelations about Moscow’s still-ongoing information operations in the U.S.

Yet little of this news and commentary explains why we, as Americans, should be concerned about these activities, and why they are a national security threat to the U.S. and to each and every American.

The answer generally is understood by national security specialists, but we have not explained it as well as we should to the rest of America. What is clear to those of us who have been involved in international relations our entire life’s work may not be clear to others.

Such campaigns by any foreign government pose three broad categories of threat. The first and most serious – admittedly at the extreme – is that influencing how we think about who is running for office or by tampering with voting systems could play a role in who we elect as our leaders, thereby potentially giving a foreign government direct influence over our policies.

Alexander Hamilton warned us about this. In Federalist Paper 68, which discussed issues related to how we choose our president, Hamilton wrote: “These most deadly adversaries of republican government might naturally have been expected to make their approaches from more than one quarter, but chiefly from the desire in foreign powers to gain an improper ascendant in our councils. How could they better gratify this than by raising a creature of their own to the chief magistracy of the Union?”

Let us be very clear to both the supporters and opponents of President Donald Trump: We are not saying that the Russians are responsible for his election. There is no evidence that the Russians had any success changing the vote count, and we will simply never know whether Russia’s influence operations swayed even a single vote in 2016.

But, the very idea that Moscow was trying to do just that, which is the considered judgment of the U.S. intelligence community, and that they have successfully done so in some of the countries on their periphery should worry us all. In 2016, the target of Russian propaganda in the U.S. was the Democratic candidate, former Secretary of State Hillary Clinton. In 2020, it could well be President Trump or some other Republican.

The second category of threat posed by such campaigns, again somewhat at the extreme, is that a foreign government could affect the way the American people think about key policy issues through their influence operations. As we are a democracy in which public opinion matters, that could influence key decisions regarding those issues, again in a way that could be detrimental to our national security interests. Imagine if Nazi propaganda in Britain in the early days of World War II had convinced the British people that they could live with a Nazi-dominated Europe. The world would likely be a very different place today.

Russia successfully did something similar to this in 2014, when it spread propaganda in Ukraine that Russians living there were being persecuted by Ukrainians and were therefore at risk. This led to calls inside Ukraine for Moscow to intervene there, which is exactly what the Russians were hoping to achieve with its information operations.

And, the third threat, which is the most important because it is the most likely to be successful, is that a foreign government’s influence operations could erode our national unity and our confidence in our democracy and its key institutions, thereby weakening us as a nation. This is a national security threat because history teaches us that the most important determinant of a country’s national security is the health of its economy and its society, and that a nation divided at home cannot be effective abroad. Our democratic institutions are essential to our ability to project power, advance our prosperity and keep the nation secure.

This – weakening us as a nation – has been and remains the major goal of Russian influence operations in the U.S. Moscow’s logic is that democracy is our core strength and that the more they undermine it and the institutions that support it, the less effective we will be in the world.

In addition, Russian President Vladimir Putin knows that the more distracted we are by internal division and debate, the less attention we will pay to Russian activities around the world that are inconsistent with international norms and/or that undermine what we are trying to accomplish globally.

One specific example of such Russian propaganda in the U.S. is its attacks on the credibility of the FBI, as detailed by the Alliance for Securing Democracy’s troll tracker. The bureau is a key institution of our government, and the public needs to have confidence in it. It is no coincidence that part of the FBI’s mission is to protect us from foreign intelligence operations. In short, Russia is using information operations to target the very organization charged with fighting Moscow’s covert programs here.

There are three important characteristics that define these threats: the first is because influence operations are hard to see, or even covert, it can be difficult to identify the adversary and publicly pin blame on them. Putin can lie and claim he did not interfere in our election; he cannot claim that he did not invade Crimea. One is obvious; one is much less so.

Two: the national security consequences of these operations are not easy to discern nor are they immediate. The effects of a terrorist attack are clear, but influence operations only play out over time. They are insidious.

And three, while the operations pose threats to our national security, they fall well below the standard for a military response. So, developing a policy response to establish deterrence is a new and complex problem.

One of the responsibilities of our senior leaders – the president, the secretary of state, or the secretary of defense – is to talk to the nation about the nature of the threat, why it is so worrisome, and what we are doing about it. This is what our best leaders did during the Cold War. Such discussions with the public constitute one the key things that differentiate us from Russia and from other autocratic regimes.

Russia’s ongoing campaign is designed to demoralize and confuse us. Once we all fully grasp the fundamental risk their operations pose to us, we will be better-positioned to confront the Russian threat, together, as a country.

The Coauthor is Samantha Vinograd

Samantha Vinograd began her career as the Deputy U.S. Treasury Attaché to Iraq and later held several positions in the Obama Administration, including Senior Advisor to National Security Advisor Thomas E. Donilon. She transitioned to the private sector in 2013 where she has worked on global energy and sustainability issues. She is a David E. Rockefeller Fellow at the Trilateral Commission and a Term Member of the Council on Foreign Relations.

2 Replies to “Russia Aims to ‘Demoralize and Confuse Us’”