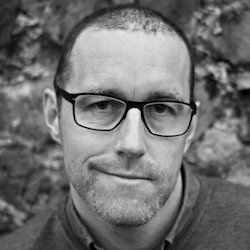 “Rise of the Machines: A Cybernetic History” (2016) tells the story of cybernetics, a control theory of man and machine devised by mathematician Norbert Wiener after WWII. Author Thomas Rid, who is a professor in the Department of War Studies at King’s College London, shows how cybernetics was and still is a powerful tool for two competing camps – those seeking to create a better world and those seeking control – and how the line between utopia and dystopia continues to be blurred.

The Cipher Brief’s Kaitlin Lavinder spoke with Rid about what inspired him to write the book, his research process and discoveries, and why, seven decades after the idea of human-machine interaction captivated audiences, people are still fascinated by this idea – as seen today in advancement in automation and artificial intelligence.

The Cipher Brief: What inspired you to write Rise of the Machines?

Thomas Rid: I was always called the cyber expert, or sometimes people even asked me where cyber came from as a term. I felt uncomfortable being described as anything cyber-related, and so I decided well, I should either get rid of this annoying prefix or properly look into its intellectual history – into the history of the idea of what we call cyber-something.

Initially, I thought that I would be a lot more critical and almost deconstruct it, trying to get rid of the concept. But when I presented it for the first time to a group of computer scientists and engineers, they seemed to really like the history, to my surprise. And I thought well, okay, let’s just do it properly then.

TCB: Can you talk a little bit about the research process and how you came across Norbert Wiener’s book on cybernetics?

TR: I basically was going backward in time from the early 1980s, because the common narrative is that all things cyberspace started with William Gibson, the science fiction author, and the short story that he published in Omni magazine in 1982 called “Burning Chrome.” If you actually read “Burning Chrome,” he talks about all things cybernetic quite a lot. Of course, this is a science fiction story, but that word, if you actually go back and look at it in context, was the hot thing in counterculture in the early 1980s. This idea was somehow undefined, but kind of sexy and exciting, a bit like cyber today. So from the 1980s, I went back in time and then arrived in the early 1940s, where I found Norbert Wiener’s writings.

TCB: Do you have any sense of how Wiener’s book on cybernetics and the idea of cybernetics was received by a larger community in the 1940s?

TR: I tried to work as historically thorough as I could, and I tried to read a lot about the context of the time and how Wiener came upon his idea of human-machine interaction and feedback loops, starting even before WWII broke out.

It’s a useful comparison today to think of artificial intelligence (AI) and cybersecurity based stuff. Like AI and cybersecurity today, cybernetics captured the imagination of a lot of people. Things cybernetic and computer-related were on the cover of Time magazine and on the front pages of newspapers. Just the idea that machines could become intelligent and really do complex calculations on their own was new. The computer had just been invented.

This is always the same when a new technology is invented: we see the picture in a very low-resolution way. We see it from a very high-level of obstruction. And then, of course, we think this will change absolutely everything because we can’t see the details yet. We can’t see the blue screen of death yet. It’s always in the early phases, when a new technology enters the scene, that you find the broadest and most daring ideas around that technology – and also the most impact.

TCB: So you just mentioned that the introduction of technologies, where we can see all the big ideas and we don’t really understand all the details, is really inspiring and what encapsulates people, but why more than seven decades later does the general idea of human-machine interaction and interface still capture audiences?

TR: You mean why didn’t the idea go away? Well, that’s a great question, a question I was fascinated by myself. And it turns out, cybernetics was one of those concepts that just has a huge seductive power.

In the book, I tell the story of the founder of Scientology, L. Ron Hubbard, who reads Norbert Wiener’s book on cybernetics and is completely fascinated by this idea that the system – biological systems, the human brain – could work like a mechanical system, and that you can reprogram it, give it a goal, a purpose. This machine metaphor applied to human beings and societies and had great appeal, seductive appeal. It almost messed with the minds of people. Ron Hubbarb’s book Dianetics, one of the founding documents of the Church of Scientology, is inspired by cybernetics. So that’s how great the seductive quality was. And what happened then two decades later is the systems theory of whole systems all interconnected, for instance, the entire environment and our planet is one whole system. That became a very attractive theme in counterculture.

TCB: Throughout your book, you present this idea of a fine line between utopia and dystopia that cybernetics represents. It made me think of Rosa Brooks’ book on the fine line between war and peace (How Everything Became War and the Military Became Everything), and how that line is becoming blurred in current societies. Do you think this kind of grey zone between utopia and dystopia is inherent to the cybernetics field, or is this symbolic of communities and societies and the psyches of people at large?

TR: This blurring of lines between dystopia and utopia, between hope and fear, if you like, and sort of exaggerating the benefits of a technology while at the same time exaggerating the risks and costs, I think that is inherent in new technologies, especially if they are information technologies, like computers and networks and encryption. Indeed, you have in some weapons systems this quality.

For example, in the later 1970s and early 1980s, the new technology of helmet-mounted displays, or virtual reality, emerged at the same time in California and Silicon Valley among the utopians and in the U.S. Air Force at Wright Patterson Air Force Base in Ohio, to make fourth-generation aircraft more effective weapons. So the same technology on the one hand is a utopian vehicle for self-discovery, and on the other hand is a weaponization technology.

The same thing happens with public-key encryption a couple of years later – it gets invented at the same time in California, at Berkley and Stanford, and in the intelligence community.

TCB: What is your current view on the encryption versus privacy and security debate?

TR: I find that it’s increasingly difficult to clearly identify one side from the other. I say this because even in the U.S. law enforcement and intelligence community – within the FBI, NSA, CIA, and the wider intelligence community – they are finding rather different views on the value of specific crypto systems. I get the impression that for historical as well as mission-related reasons, really the hard core technical people in the intelligence community – and General Michael Hayden (a Cipher Brief network member) is a good example, although he’s not a hard core technical person – seem to be more pro end-to-end-encryption, pro strong encryption systems than the FBI and law enforcement, and some people in Congress I imagine.

I do a lot of work right now on the political history of encryption, on cryptography, and my own view is evolving a bit. I have to say that the election of Donald Trump is affecting my own political views on encryption, because the way a liberal democracy is dealing with encryption is becoming a litmus test for how much of a liberal democracy it is. We’ve seen laws in the United Kingdom, as well as in Switzerland, passed in parliament that I consider unworthy of a liberal democracy, because they’re too restrictive when it comes to encryption. And the election of Donald Trump has made me less optimistic that the United States can politically withstand the temptation to limit, to weaken encryption. This would be a very dangerous precedent to set. So I think strong crypto systems are in the interest of liberal democracy, even if political leaders and legislators may disagree.

Timothy May, a prolific writer on cryptography and privacy and formerly an engineer at Intel, in an interview said, I’m paraphrasing here, but he said encryption is the technology, and liberty and freedom are baked into encryption itself. Encryption is the technology of libertarianism. That’s a fascinating idea.  It’s of course a very controversial idea, and I’m not sure I subscribe to it, but I want to comes to terms with it.

The Author is Thomas Rid

Thomas Rid is a professor in the Department of War Studies at King's College London. Rid's most recent book is Rise of the Machines (2016). It tells the sweeping story of how cybernetics, a late-1940s theory of machines, came to incite anarchy and war half a century later. Rid's book Cyber War Will Not Take Place (2013) analysed political computer network intrusions. His articles appeared in major English, French, and German peer-reviewed journals, as well as magazines and... Read More