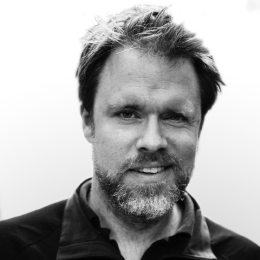 Robert Muggah is a political economist specializing in security and development. He co-founded and directs research at the Igarapé Institute, a think and do tank devoted to using new technologies to tackle challenges related to public security and drug policy in Latin America. He is also co-founder and director of the SecDev Group, a cyber analytics group, and oversees projects in Europe, Africa, the Middle East and Asia.

In addition to advising United Nations agencies and the World Bank, Muggah is a fellow at the University of Oxford, the Graduate Institute in Geneva, and the University of San Diego. Muggah was named one of the top 100 most influential people working on violence and has given TED talks on fragile cities. His research, apps and data visualizations on homicide, arms, and cities have been featured by the BBC, CNN, FastCompany, Financial Times, Foreign Affairs, New York Times, and Wired.

Muggah is also affiliated with the World Economic Forum, the Global Commission on Drug Policy, the Global Initiative Against Transnational Organized Crime, the Know Violence in Childhood Initiative, and other international networks. He has authored and contributed to over two dozen books and earned his PhD at the University of Oxford.