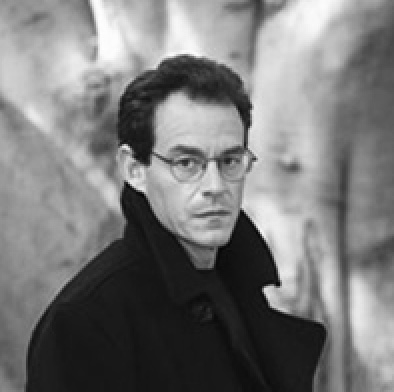 He has been called his generation’s finest writer of international intrigue and one of the greatest American spy novelists ever. Compelling, passionate, haunting, brilliant: these are the words that have been used to describe the work of award-winning #1 New York Times bestselling author Daniel Silva.

Silva burst onto the scene in 1997 with his electrifying bestselling debut, The Unlikely Spy, a novel of love and deception set around the Allied invasion of France in World War II. His second and third novels, The Mark of the Assassin and The Marching Season, were also instant New York Times bestsellers and starred two of Silva’s most memorable characters: CIA officer Michael Osbourne and international hit man Jean-Paul Delaroche. But it was Silva’s fourth novel, The Kill Artist, which would alter the course of his career. The novel featured a character described as one of the most memorable and compelling in contemporary fiction, the art restorer and sometime Israeli secret agent Gabriel Allon, and though Silva did not realize it at the time, Gabriel’s adventures had only just begun. Gabriel Allon appears in Silva’s next twelve novels, each one more successful than the last: The English Assassin, The Confessor, A Death in Vienna, and Prince of Fire, The Messenger, The Secret Servant, Moscow Rules, The Defector, The Rembrandt Affair, Portrait of a Spy, The Fallen Angel, and The English Girl.

Daniel Silva's New Girl
July 16, 2019July 18, 2019
Editors note: Daniel Silva is one of America’s most prolific and popular novelists.  His latest book, The New Girl, is officially out today, July16th. Look for a full review of the book in The...

Lieutenant General Vincent Stewart (Vince) is the Founder and CEO of Stewart Global Solutions, LLC, an international consulting organization. He retired from the U.S. Marine Corps after more than 38 years of active commissioned service to the nation. On his final tour of duty, he served as the Deputy Commander United States Cyber Command, one of the 11 Combatant Commands ...