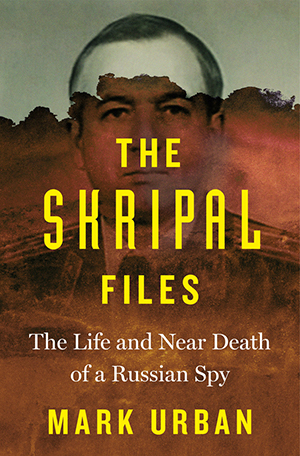 The Skripal Files: The Life and Near Death of a Russian Spy by Mark Urban

Drawing on extensive interviews he conducted with Skripal before the former spy was poisoned with the soviet-manufactured nerve agent novichok, Urban illuminates Skripal’s fateful decision to commit espionage on behalf of British Intelligence (MI6).  But the Russians caught him, sentenced him to a Soviet penal colony, and then ultimately released him in a 2010 “spy swap.”

The Author is The Skripal Files: The Life and Near Death of a Russian Spy by Mark Urban