Cipher Brief CEO & Publisher Suzanne Kelly talks with former Department of Homeland Security Secretary Michael Chertoff about the new threats to the homeland as well as privacy threats, and what to do about Exploding Data…only in the State Secrets podcast from The Cipher Brief. Listen on iTunes.
October 22, 2018October 22, 2018

Director of the National Counterintelligence and Security Center Bill Evanina

Cipher CEO & Publisher Suzanne Kelly sits down with the Director of the National Counterintelligence and Security Center Bill Evanina to discuss spies, strategies for catching them and how foreign agents are using social media to identify potential recruits. Listen on iTunes.
October 8, 2018October 15, 2018

The U.S. is in the grips of spy-mania in the aftermath of Russia’s interference in the 2016 election that has made President Trump’s 2016 election campaign the focus of a federal investigation. But Russia’s active measures to infiltrate and influence the U.S. consciousness didn’t begin, nor end with the 2016 election. For years, John Sipher, a 28-year veteran of the CIA’s National Clandestine Service, recruited Russian spies and led counter-intelligence operations against Moscow – and he’s here to talk about what’s behind Russia’s aggressive stance.
January 29, 2018January 30, 2018

From The Cipher Brief Daily 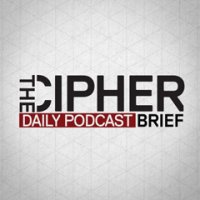 Unfortunately, this show is going on hiatus for the moment. But make sure you stay subscribed - you'll be the first to know when we bring it back! Thank you for listening.
January 23, 2018

The Tom Cotton You Don’t Know

Republican U.S. Senator and Army veteran Tom Cotton is often described as a hawkish conservative for taking a hardline stance on issues like immigration and the Iran nuclear deal. In this interview, Michael Morell steps away from policy and gets a sense of the Arkansas senator’s character, political philosophy and driving influences. Cotton talks about working as his father’s farm hand and learning about his dad’s service in Vietnam. He also discusses his time studying political science and political philosophy at Harvard, and how 9/11 “changed everything,” setting him on the course towards military service and then, the U.S. Senate.
January 16, 2018

"We the People": On the Constitution's Relevance Today

In this episode of Intelligence Matters, Michael Morell talks to constitutional scholar Geoff Stone on constitutional interpretation and its relevance in today’s society. Stone, who authored “Sex and the Constitution” explores oversight of government surveillance on communications and safeguarding a citizen’s personal freedoms. Stone also addresses originalism and affirmative action, what he calls the “most cynical form of judicial review we have today.”
January 11, 2018January 14, 2018

In this special episode of Intelligence Matters, Michael Morell speaks with retired U.S. Navy Admiral James “Sandy” Winnefeld about a non-traditional national security threat that has affected him personally: America’s opioid crisis. Winnefeld recently lost his own son Jonathan to opioid addiction, and he is dedicating his life to reversing a crisis he calls a national emergency. The statistics are staggering: the CDC reports that more than 64,000 Americans died in 2016 from a drug overdose – more than 20 times the number of Americans killed on 9/11. Winnefeld – former vice chairman of the Joint Chiefs of Staff – says if America is going to reverse this epidemic, “We need a call to arms” to remove the long-standing stigmas around drug use. He has founded SAFEproject.us (Stop the Addiction Fatality Epidemic) to support action that will prevent fatal opioid overdoses, and counter opioid addiction’s impact on our society.

Todd M. Rosenblum served as President Obama’s Acting Assistant Secretary and Principal Deputy Assistant Secretary of Defense for Homeland Defense and Americas’ Security Affairs at the Pentagon, as well as Deputy Under Secretary of Intelligence for Plans, Policy, and Performance Management at the Department of Homeland Security. Over the course of a 27-year career, Rosenblum held positions with the Senate ...