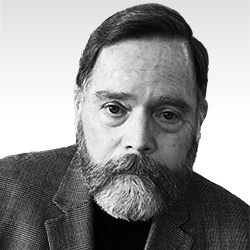 From 2003 – 2009, Former Congressman McHale served as Assistant Secretary of Defense for Homeland Defense, where he supervised all homeland defense activities for the U.S. Department of Defense (DoD). The first to hold that position, he was responsible for homeland preparedness, DoD Critical Infrastructure Protection, civilian oversight of the two combatant commands that cover North and South America.

As the Domestic Crisis Manager for DoD, Mr. McHale’s responsibilities focused on disaster relief planning (both natural and man-made), to include terrorist threats, earthquakes, hurricanes, industrial accidents and pandemic influenza. He routinely represented DoD at the highest levels of U.S. domestic crisis planning.

Prior to his appointment at DoD, Mr. McHale was elected to represent the 15th Congressional district of Pennsylvania in the United States House of Representatives where he served for three terms (1992-1998). Throughout that period, he was an active member of the House Armed Services Committee which has oversight responsibility for all U.S. military operations and training. Additionally, while serving as Congressman, Mr. McHale co-founded the National Guard and Reserve Components Caucus which advocates the interests of reservists and guardsmen worldwide. He was previously elected to five terms in the Pennsylvania General Assembly (1982-1991).

For his service as Congressman and Assistant Secretary of Defense, Mr. McHale has been awarded the DoD Distinguished Public Service Medal – the department’s highest civilian honor – by three successive Secretaries of Defense.

A retired colonel in the Marine Corps Reserve, Mr. McHale served overseas tours in Okinawa, Japan (1973), Saudi Arabia (1990), Kuwait (1991) and Afghanistan (2007). For his service in Afghanistan, he received the Baryal Medal, Afghanistan’s highest award for public service. His personal military decorations include the Legion of Merit, the Bronze Star, the Meritorious Service Medal and the Navy Commendation Medal (2nd award).

Mr. McHale received his J.D. from Georgetown University Law Center and his B.A. with highest honors from Lehigh University where he was elected to Phi Beta Kappa.

An Inside Look at How the Homeland Trains for Disaster Response
August 22, 2018August 21, 2018
Most Americans will never have the opportunity to see, or fully understand, the training that goes into protecting the homeland.  Whether it’s a hurricane bearing down on the coastline or a...

John McLaughlin is a distinguished practitioner in residence at the Johns Hopkins University School of Advanced International Studies.  He served as the Deputy Director of the Central Intelligence Agency from 2000-2004 and Acting Director of the CIA in 2004.