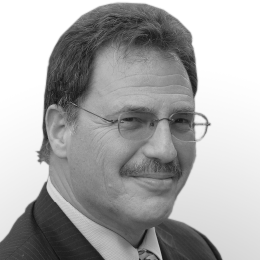 Larry Diamond is a senior fellow at the Hoover Institution and at the Freeman Spogli Institute for International Studies, where he directs the Center for Democracy, Development, and the Rule of Law (CDDRL). At CDDRL, he is also one of the principal investigators in the programs on Arab Reform and Democracy and on Liberation Technology. He is also founding co-editor of the Journal of Democracy and a Senior Consultant to the International Forum for Democratic Studies of the National Endowment for Democracy. His latest book, The Spirit of Democracy: The Struggle to Build Free Societies Throughout the World (Times Books, 2008), explores the sources of global democratic progress and stress and the prospects for future democratic expansion.

At Stanford University, Diamond is the Peter E. Haas Faculty Co-Director of the Haas Center for Public Service and also professor by courtesy of political science and sociology. He teaches courses on comparative democratic development and post- conflict democracy building, and advises many Stanford students.

Diamond has edited or co-edited some 36 books on democracy, including the recent titles Democratization in Africa, How People View Democracy, How East Asians View Democracy, Latin America's Struggle for Democracy, Political Change in China: Comparisons with Taiwan, and Assessing the Quality of Democracy. Among his other published works are, Developing Democracy: Toward Consolidation (1999), Promoting Democracy in the 1990s (1995), and Class, Ethnicity, and Democracy in Nigeria (1989). He also edited the 1989-90 series Democracy in Developing Countries, with Juan Linz and Seymour Martin Lipset.

Democratic Vitality in Latin America
July 13, 2016November 6, 2017
This is Cipher Brief Level I Member Only content. It can be accessed via login or by signing up to become a Cipher Brief Member.  Joining this high-level, security-focused community is only...