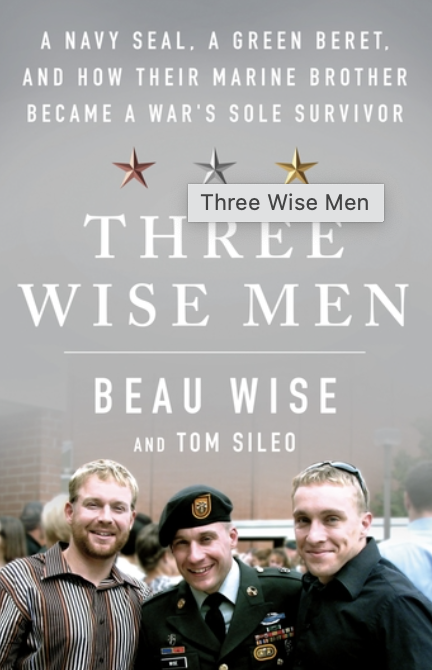 THE REVIEWER — Cipher Brief Expert Brad Christian is a former Green Beret and former Army Ranger and is Chief Operating Officer at The Cipher Brief. Previously he served in numerous overseas posts providing critical support to USG operations as a member of an elite protective unit.

REVIEW – This is a story I thought I knew.  Three Wise Men, written by Beau Wise and Tom Sileo, tells the story of how Wise became the only military service member to be designated ‘Sole Survivor’ status in the post 9-11 Global War on Terrorism.  It’s a title Beau earned after his two older brothers, Jeremy and Ben were killed serving their country.

Jeremy Wise, Beau’s oldest brother was a Navy SEAL who was killed in Afghanistan while working as a security contractor supporting the CIA.  Ben was killed in action while deployed to Afghanistan as a Green Beret with 1st Special Forces Group.

I met Jeremy in 2009, after he left the Navy where he had served with SEAL Team 4.  He applied and was selected, to serve as a contractor on a program that supported a critical overseas mission for the Intelligence Community.  After the tragedy at Khwost, which took Jeremy’s life along with the lives of six other Americans, I was asked, along with a colleague, to notify Jeremy’s widow Dana about what had happened.  It was the part of the job that you hope never happens.

I attended Jeremy’s memorial service at Little Creek Amphibious base where he had served and heard from Jeremy’s sister and two brothers about how deeply Jeremy had impacted their lives.  I attended the memorial service at CIA headquarters and listened as President Obama spoke directly to the families, honoring the memories of the seven Americans who paid the ultimate price in service to their country.

A little more than two years later, Ben Wise, the middle of the three boys, died January 15, 2012 from wounds sustained on January 9, 2012 in a firefight in Afghanistan where he was on his fourth deployment as a Special Forces Medic with 1st Special Forces Group.  I had listened to Ben speak at Jeremy’s memorial.  As a Green Beret who had also deployed to Afghanistan, I was saddened to hear of his death, and considered him a Special Forces brother, even though we hadn’t met personally.  I was intimately familiar with the mission of both Jeremy and Ben, having served in similar roles as each, but I didn’t know the full story, not by a long shot, of their lives and the sacrifice that their family has paid in service to the nation.

As the author, Beau goes into great details about how Dr. Jean and Mary Wise raised their children in Arkansas, where Dr. Wise had a medical practice. All of their children shared a strong faith in God and a deep patriotism for their country, instilled in them from a very young age.  Beau and his co-author have woven together an intimate look into the struggles of the three boys as they came of age and wrestled with their individual decisions to join the military.

Anyone who has ever served in the military will find Beau’s recollections of the tough decisions that came with joining the military, and the struggles to say goodbye, familiar. But this story takes the reader into the hearts of the Wise family members who said goodbye to each of their boys as they left for their first deployments overseas. The authors movingly captured the struggles and sacrifices of so many parents, siblings and spouses who have said goodbye to deploying loved ones over the years, and have had to carry on thru many long days and nights with a constant worry that the worst could happen.

The authors also take us through the painful details of Jeremy’s death in 2009, and Ben’s death in 2012, and the incredibly emotional journey of the family as they deal with confusion, unanswered questions, emergency travel and, in the case of Ben’s story, heroic efforts on the part of the doctors who tried to save his life.

I cannot imagine how hard it was for Beau to make the decision to write this book.  As a result of his brother’s death, his own service as an active-duty marine was brought to a halt, against his will, as the then-Commandant of the Marine Corps, General James F. Amos made a promise to Beau’s parents on a cold day at Dover Air Force base, promising that he would take care of Beau.  Beau didn’t ask to be designated a ‘Sole Survivor’ and after enduring the deaths of his two older brothers, to have his own military career taken from him at such an early age, must have also been incredibly difficult.  I can’t help but think of how many veterans struggle with transitioning to civilian life, under far easier circumstances than Beau did.  I also can’t imagine how hard it was for Beau and his family to re-live these painful memories as part of writing this book.

I thought I knew so much about this family.  But their journey, shared in Three Wise Men, is one of sacrifice, and love.  It’s a story of service, and the bonds of brotherhood that span across family, and military units.  It’s a story of warriors and combat, and of heroes who died while face-to-face with the enemy, and in service to a country they loved.  It is also a story of leadership, as Beau pays credit to many leaders who supported his family along the way, including teammates of Jeremy and Ben, Marine Corps Officers, former CIA Director (and Cipher Brief Expert), General David Petraeus (Ret.), former Secretary of Defense Leon Panetta (whom Beau says showed true friendship to his parents) and President Barack Obama.  I was reminded during parts of this book about how true leadership often comes out in force during the most trying times, and that words and actions have a lasting impact.

This book is testament to the sacrifices made by ‘Gold-Star’ families, those who earn the designation by losing a loved one.  This is a powerful story that reveals so much more about life than the tragic deaths of Jeremy and Ben, while paying tribute to a broader community of servicemen and women.

The Author is Three Wise Men 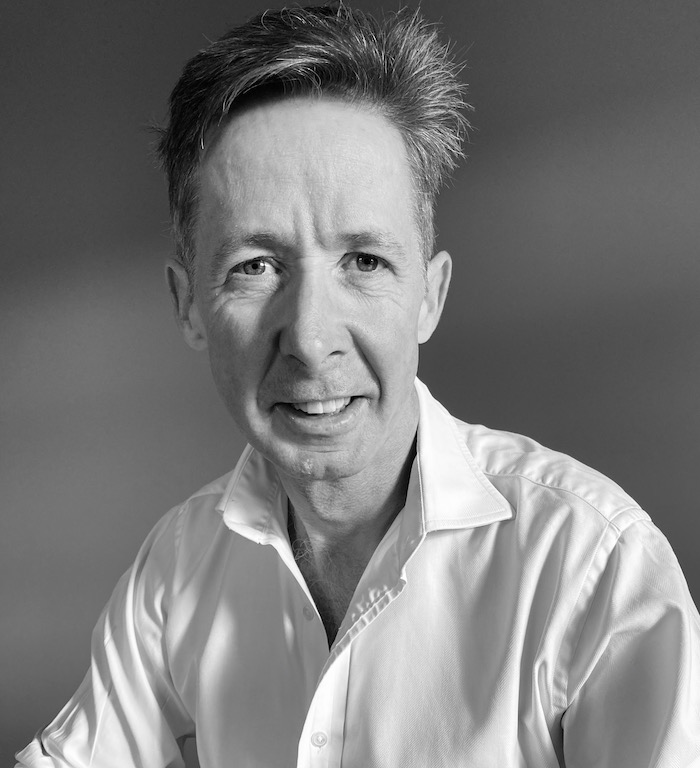