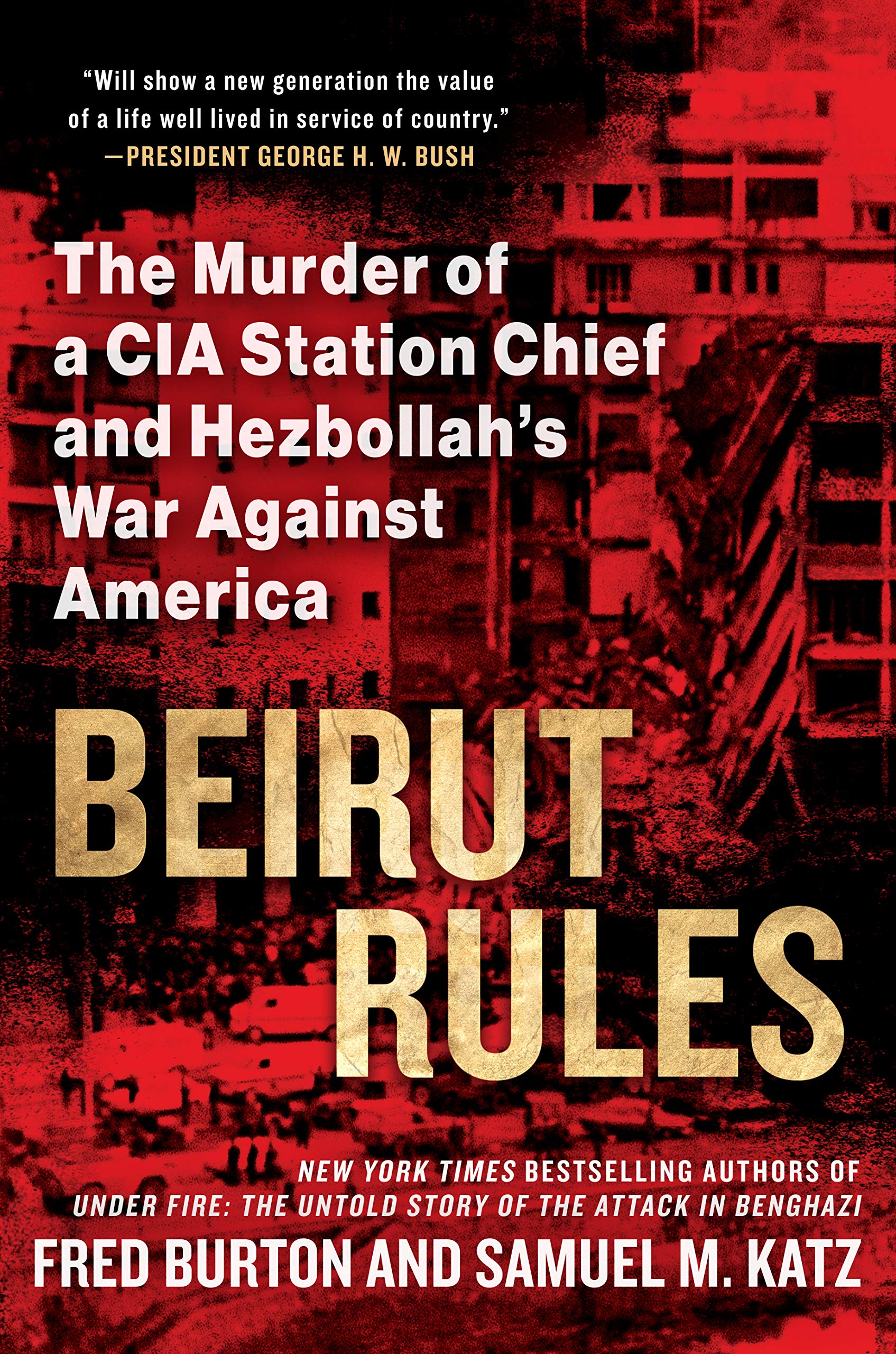 Young people today would be forgiven if they believed that they live in a time of unprecedented hate and senseless violence.  Apparent state-sponsored murders of journalists, political and religious-inspired assassinations, suicide bombings and random mass shootings could certainly give the impression that we are in the midst of unmatched random horror.  But those convinced that modern society has entered into a new depth of depravity need only to pick up a copy of Beirut Rules to learn the sad lesson that we have been here before.

In Beirut Rules: The Murder of a CIA Station Chief and Hezbollah’s War Against America, authors Fred Burton and Samuel Katz have written a richly detailed account of the depravity which sprang forth from Beirut through much of the 1980s and into the early 1990s.

The book’s subtitle might give the impression that it is devoted to the story of the kidnapping, torture and murder of CIA Beirut station chief William Buckley – and that story is told in great detail.  But Beirut Rules is much more than that – “connecting the dots” (to employ an overused phrase) between a whole series of atrocities including the bombing of the U.S. embassy in Beirut in 1983, the destruction of the Marine barracks in Beirut six months later, the hijacking of TWA flight 847 in 1985, including the murder of Petty Officer Second Class Robert Stethem, a U.S. Navy sailor who was among the passengers, and the kidnapping in 1988, and eventual murder of Marine Lieutenant Colonel William “Rich” Higgins, who was in Lebanon as a UN peacekeeper.

With the benefit of hindsight, most of these tragedies appear to have been predictable and preventable.  Burton and Katz lay out the remarkable lack of personal security that Buckley and Higgins had available to them.  It is possible, perhaps likely, that both thought this was the price of doing business and a necessary component of doing their jobs.  But what a price it was.

The book is richly detailed – at times perhaps a bit too richly – offering twists and turns and minor characters not critical to carrying the story forward.  And, as in the case of any book engrossed with so much detail, there are a few minor missteps. For example, the authors refer to Stethem as “Master Chief Construction man and Second Class Diver” which sounded confusing to this old Navy man.  A little research shows that in 2010, twenty-five years after his murder, Stethem was named an honorary “Master Chief.” Significantly, the ceremony was held on board the Navy destroyer named in his honor.  (Note: Higgins was promoted to full colonel while in captivity.  A Navy destroyer was also named in his honor.)

And while the book is not solely about former station chief Bill Buckley, it is detailed in its descriptions of the man, his military and agency experience, and the horrors of his capture, detention and murder. This contribution inspired a rare cover blurb from former President George H.W. Bush saying the book “will show a new generation the value of a life well lived in service of country.”

Burton and Katz clearly are steeped in their subject matter, and not just from academic research. Burton is a former State Department counterterrorism deputy chief and as a DSS officer for a time, was part of the Hostage Location Task Force, which operated under the auspices of the CIA’s Counterterrorism Center. Perhaps as a result of that assignment (although it is not made explicitly clear) the manuscript was submitted to the CIA Publications Review Board (PRB). As a result, there are numerous redactions in the book – single words to whole paragraphs blacked out. Almost all authors who submit their material to the PRB are familiar with the sight – but most write around the redactions without including the troublesome black markings.

But such issues are minor and do not distract from the overall value of the book. The authors chose wisely, I think, in choosing some of the topics where they would NOT go into great detail – such as lengthy discussion of the Iran-Contra affair, which has been dissected in dozens of other books.

Although much of Beirut Rules takes place in the 1980s and early 1990s, there is a fitting coda to the book which takes place in the winter of 2008, involving Imad Mughniyeh, the Hezbollah terrorist whose fingerprints could be found on nearly every atrocity covered in this work – the Buckley, Higgins and Stethem murders, the embassy and Marine barrack bombings, and more. On February 12, 2008, Mughniyeh was killed via a carefully-placed bomb in his car.  Burton and Katz seem to believe it was in the driver’s seat headrest.  Other accounts say the bomb was packed in a tire.  Observers in the region were said to believe it was the work of the Israelis with perhaps the help of the CIA, not just because of the long-time bounty on Mughniyeh’s head, but also because of the apparent care taken to minimize chances of collateral damage beyond the death of the target. They quote General Michael V. Hayden, CIA Director at the time, as reportedly saying: “Is the world better off because he has been removed from the battlefield? Absolutely” and adding with a smile “I really don’t have much more I can add.”

Full disclosure: While I have never met Burton or Katz, I am not unbiased about this subject matter.  As a naval officer, I was once dispatched to help evacuate American citizens from Beirut. A few years later, I was one of three officers sent to the Stethem family home in Maryland to break the news to them that Robert Stethem had been murdered by terrorists.  And Rich Higgins was a friend of mine.  His wife Robin, also a Marine, friend and colleague, was sitting next to me in a staff meeting in the Pentagon when the Secretary of Defense buzzed on a hotline to tell our boss that a Marine Lieutenant Colonel had been taken hostage in Lebanon.

Quite fortunately, most readers won’t have similar personal connections with the stories told in Beirut Rules, but we think they would benefit from this well-told, if depressing, tale.

This book earns a rating of 3.5 trench coats.

(Out of a maximum 4 trenchcoats for absolute required reading)

The Author is Beirut Rules: The Murder of a CIA Station Chief and Hezbollah's War Against America by Fred Burton and Samuel M. Katz