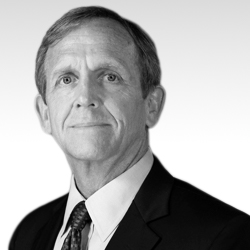 Eric Olson retired from the United States Navy as an Admiral in 2011 after more than 38 years of military service. He served in special operations units throughout his career, was engaged in several contingency operations and commanded at every level. Eric was the first Navy SEAL officer to be promoted to three- and then four-star rank.

Admiral Olson’s military career culminated as the head of the United States Special Operations Command (USSOCOM), where he was responsible for the mission readiness and deployment of all Army, Navy, Air Force and Marine Corps special operations forces. In this capacity, he led over 60,000 people and managed an annual budget of more than ten billion dollars. His duties involved much interagency and international collaboration. Many notable special operations force missions were conducted by the forces that he provided.

Eric has been recognized as a Distinguished Graduate of both the United States Naval Academy and the Naval Postgraduate School. He is a designated specialist in the Middle East, Africa and South Asia.
He received numerous military decorations including the Defense Distinguished Service Medal, the Navy Distinguished Service Medal, the Silver Star for heroism, and the Bronze Star for valor. His foreign awards include appointment as an Officer in the French Legion of Honor.

Eric Olson is now an independent consultant who supports a wide range of private and public sector organizations. Currently, he serves as an Adjunct Professor and Research Scholar in the School of International and Public Affairs at Columbia University, a Director of Iridium Communications, Inc. and Under Armour, Inc., a senior advisor to the Department of Homeland Security, and a Director of the non-profit Special Operations Warrior Foundation. 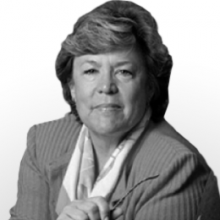