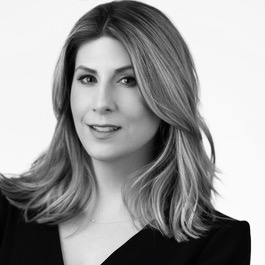 Lauren Zabierek is Executive Director of the Cyber Project at Harvard Kennedy School’s Belfer Center for Science and International Affairs.

OPINION — Emerging technologies such as Artificial Intelligence (AI), 5G telecommunications, and Quantum Computing hold great promise for the global good–from disease detection and treatment development to greater internet connectivity and possibilities we haven’t even imagined yet.  However, adversarial countries like Russia and China exploit technology to further their worldview to the detriment of the United States and its allies. To develop responsible and ethical technology and to counter its malign use on the internet, the U.S. must work with allies in Europe, Canada, Australia, New Zealand, and elsewhere through official diplomatic channels. The United States must reinvigorate its technology diplomacy.

Threats to Democracy from malevolent use of technology and cyberspace are real and growing as we have seen in disinformation campaigns and other attempts to disrupt our election. China’s whole-of-government strategy bolstered by billions in investments, technology exports across the globe, and large presence in standards development has made it the first real competitor to US technology dominance in recent years. Furthermore, amid fears of Chinese espionage, its technology exports such as the TikTok app have 100 million U.S. users and Huawei is the world’s largest telecommunications infrastructure supplier and leading 5G innovations. Russia exploits digital capabilities to sow chaos and uncertainty. It is the world’s foremost cyber adversary, having perpetrated some of the most destructive and costly cyberattacks in history. Many other nations will either use Chinese-made tech or exploit its surveillance or disinformation capabilities for malign activities.

Though our nation is equipped to address cyber threats militarily, domestically we are scrambling to deal with disinformation, data harvesting and surveillance against our citizens, theft of intellectual property, and attacks against our critical infrastructure, including medical research–all perpetrated by actors using technology against us.

The current administration’s isolationist vision has done little to aid State Department’s efforts in this domain.  The Office of the Coordinator for Cyber Issues was consolidated within the Bureau of Economic and Business Affairs, which was seen by many as a downgrade for the mission.

In 2017, Denmark created a Technology Ambassador charged with engaging Silicon Valley and Beijing.  Private tech companies are also investing in digital diplomacy efforts. Our nation should create Technology and Cyber diplomat and ambassador roles in order to engage with allied nations and adversaries alike.

In a recent report with my colleagues at Harvard’s Belfer Center, we make a number of recommendations to address the current obstacles to transatlantic AI collaboration and highlight the health, environmental, and defense sectors as areas prime for enhanced research and development. These include high-level official exchanges in addition to the many standards and ethics working groups among scientists and researchers. Taking these recommendations a step further, we advocate for a full tech diplomacy strategy that focuses on collaboration on research and development, ethics and standards of emerging technology, and engagement on the use of current technology. Doing so will bolster our ability to harness precious human and material resources and signal to the world that we are committed to development and use of technologies consistent with our liberal democratic values. Though others point to the areas of divergence between the US and our allies, many of these challenges are not insurmountable with focused engagement.

This year, the State Department submitted its FY21 budget request to create a Cyberspace Security and Emerging Technologies Bureau, which was one of the Cyber Solarium Commission’s key recommendations.  A Biden administration should not only fulfill this vision but should also expand the Foreign Service career tracks to include science and technology as a standalone track.  This issue presents an opportunity for the Biden administration to not only revitalize the State Department with an incredibly consequential mission, but also to bolster research and development in emerging technologies, mend our alliances, and improve the workforce.  It also presents a potential new hiring pathway for State–to bring tech experts into diplomatic roles at mid-career levels, providing opportunities for all wishing to serve, and to capitalize on their expertise from the outset.

Putin famously said, “Artificial intelligence is the future, not only for Russia, but for all humankind…Whoever becomes the leader in this sphere will become the ruler of the world.”  The United States and its allies cannot afford to fall behind its rivals in harnessing emerging technologies. Failure to engage in tech diplomacy effectively allows authoritarian states to dominate its development and use. We must engage with our allies and adversaries alike on these vital technology matters using all available tools in our foreign policy toolkit–and that necessarily includes a tech-focused diplomatic strategy.  The time for Tech Diplomacy is now.

Read The Listening Post: Tish Long: Taking the Long Way to a Rewarding Career exclusively in The Cipher Brief

The Author is Lauren Zabierek

Lauren Zabierek is the Executive Director of the Cyber Project at Harvard Kennedy School’s Belfer Center. She comes to this role as a 2019 graduate of the Kennedy School's mid-career MPA program. Lauren served as an intelligence officer in the United States Air Force at the beginning of her career. Later, as a civilian intelligence analyst with the National Geospatial Intelligence Agency (NGA) assigned to the Office of Counterterrorism, she completed three war zone deployments where she... Read More 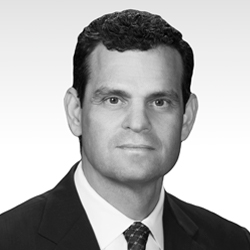